Public in building design and construction 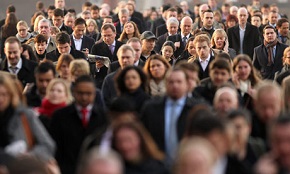 The term ‘public’ can be used in a number of different ways:

The term 'public project' is an ambiguous one, but in very broad terms, it refers to a project that is financed (or part financed) by a government and is typically owned, and may be operated by the government. This can include major infrastructure works such as roads, bridges, dams, railways, tunnels, and so on, or public facilities such as hospitals, schools, prisons, libraries, leisure centres, and so on. Designing Buildings Wiki has an outline work plan setting out the tasks necessary to complete a public project, which you can find here.

A public contracting authority is defined in the Public Contracts Regulations 2015 as; ‘…the State, regional or local authorities, bodies governed by public law or associations formed by one or more such authorities or one or more such bodies governed by public law, and includes central government authorities, but does not include Her Majesty in her private capacity.’ For more information, see Public contracting authority.

A public space is an area that tends to be open and accessible to all people. This includes roads, pavements, town squares, parks, beaches, and to a more limited extent public buildings such as town halls and libraries. The term 'common land' is sometimes used to refer to land in public ownership or to which everyone has access. To have such status, land must be legally registered as a common.

In the UK, a public building is narrowly defined as a building that is ‘occupied by a public authority and frequently visited by the public’. For more information, see Public building definition.

Public rights of way are a general right to access across land. A public right of way can be established by:

Designing Buildings Wiki has a range of articles relating to the public, including:

Retrieved from "https://www.designingbuildings.co.uk/wiki/Public_in_building_design_and_construction"
Create an article