In the 1970s, the American retail sector witnessed the emergence of large, discount shopping outlets also known as big box stores or megastores. It was during this period that Sydney and Frances Lewis - owners of the BEST Products chain of catalogue stores - approached the architecture and design firm SITE (originally also known as Sculpture in the Environment) to design a series of showrooms.

The family gave full creative control of the project to SITE and its founder, James Wines. The resulting nine showrooms for the discount merchant became some of the most iconic structures of American postmodernist architecture.

[edit] Shopping with a special flair

Following the philosophy of architect and theorist Robert Venturi, Wines and his team embraced the idea that buildings should seek to accommodate local conditions of neighbourhood and public behaviour. Wines even went so far as to say buildings should be seen as entertainment, art, sculpture or even as a roadside event (as the BEST Products showrooms would prove to be).

To hear Wines discuss BEST Products showrooms and other facets of his design ideology, view this video.

Like other postmodern buildings, the BEST showrooms were characterised by their highly decorative, whimsical and kitsch aesthetic; above all refusing to draw inspiration solely from a single source, and often focussing on form over function. They also had a metaphoric nature, with structural designs based non-architectural forms .

In working on the showrooms, Wines adopted the idea that the building process itself was more inherently interesting than the finished product. Each of the nine showrooms broke away from the rigid formalities of modernism and began to incorporate stylistic references that were often playful and symbolic, using shape, broken edges and trompe l’oeil, and applying unconventional elements and structural inside-out references. 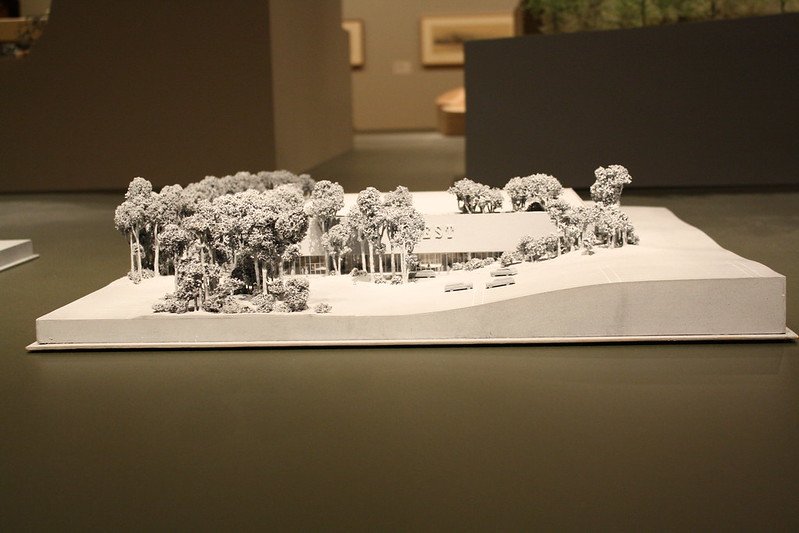 [edit] Outside the box

As with most big box outlets, each of the SITE-designed BEST showrooms would be shaped like a simple box, but the individual storefronts themselves would be very different, with some taking dramatic steps to adapt to the specifics of the location.

One example of this inventive design approach is the Indeterminate Facade BEST showroom in Houston, Texas. The uppermost edge of the structure is broken away to appear rough and unfinished. Above the store entrance, a deep cut in the crumbling wall reveals hundreds of white bricks that cascade onto a protective canopy. It is said that the image of this store was one of the most commonly-used photographs in books that covered 20th century architecture.

Some other storefront examples include: 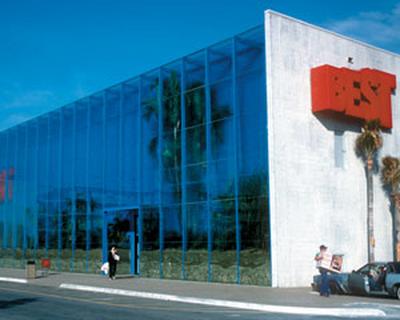 Despite the founders’ strong marketing reputation (in its heyday, the company was the second most successful catalogue retailer in the United States), BEST Products went out of business in 1997. Since that time, the structures designed by SITE have either been demolished or their iconic facades removed - with one exception: the Forest Showroom in Richmond, Virginia. This structure has been home to the West End Presbyterian Church since 2000. The forest continues to thrive inside the entrance, and it is considered an asset to the building.

Retrieved from "https://www.designingbuildings.co.uk/wiki/BEST_Products_showrooms"
Create an article