Autonomous vehicles - do we trust them?

Professor John Parkin discusses the Venturer Autonomous Vehicles project and the results of trials to assess the human response to the artificial intelligence decision making system. 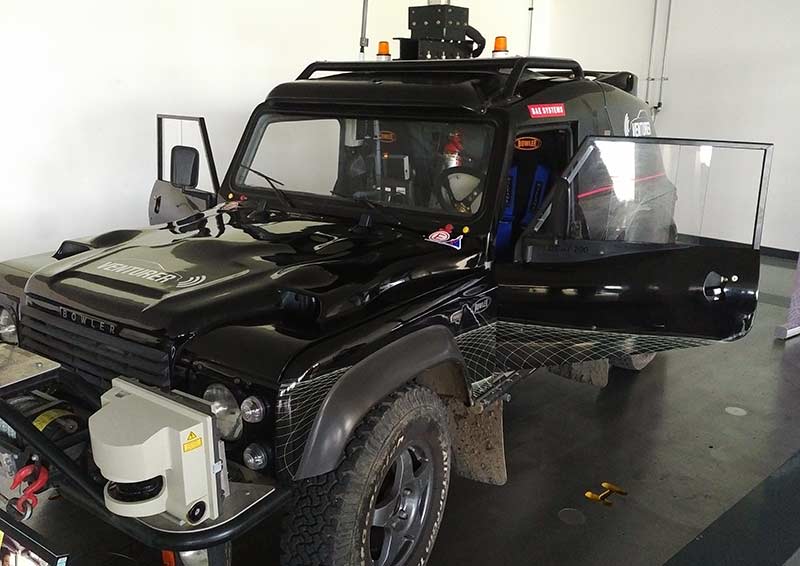 There’s something about the grass being greener on the other side. This always makes us want to move on, not only to new places but to the future as well. As if to assist us in this quest, technology consistently offers something to surprise and delight. So, when we couple technological ‘moving on’ with more prosaic physical ‘moving on to new places’ through transport, we are doubly delighted. This double delight perhaps explains the frenzy of interest in autonomous vehicle (AV) technology.

We also need, though, to hold before us the visions that we would want to move on to. This is because it is we, as humans, who will continue to live in the places we create. Comfortable, attractive and safe probably sum up a helpful vision for our public realm. Thinking more broadly and responsibly, we need to also ensure the vision is sustainable and meets everybody’s needs.

The tech giants are making rapid advances towards a ‘great leap’ forward in autonomous vehicle control using ‘artificial intelligence’. Waymo has already announced it will be offering an AV taxi service without a safety driver. By contrast, the car companies are incrementally introducing autonomous features, such as Volkswagen’s lane keeping, and they are also developing communications technologies between vehicles, and with infrastructure.

So to what end, and to support what vision, is the technology directed? The first line of many government publications on the subject suggests it is better safety. This would satisfy one requirement of a responsible vision for the future. Industry and commerce no doubt are also interested in cost-cutting by re-deployment of staff.

The tech giants and the car companies want to respectively gain and maintain automotive market share. And thinking about the users, we have found from our work on the Venturer project that there appear to be many who would gladly give up the daily grind of drive-commuting and hand over to technology.

The safety gains of an autonomous vehicle being less fallible than a human driver need to be demonstrated. In order to be safer than current drivers, AVs will need to obey the rules, maintain appropriate headways, and only accept safe gaps when making manoeuvres. In urban areas they will need to recognise and defer appropriately to other legitimate road users including pedestrians, cyclists and, presuming they remain legal, other motor vehicles driven by humans.

Trust is a measure of the perception a person has of the safety of technology. The second trial of the Innovate UK-funded Venturer project has been assessing the trust of people being driven in an AV using a decision management system developed as part of the project.

Participants were driven around a loop on the campus roads at the University of the West of England, Bristol, in the Wildcat AV which interacted with other cars. The participants experienced the same conditions in the Venturer Simulator. Trust was measured for all give way turning movements at a T-junction, both with and without an on-coming vehicle. Other events included driving along a road, and overtaking a parked car, again with and without and on-coming vehicle.

[edit] Results of the trials 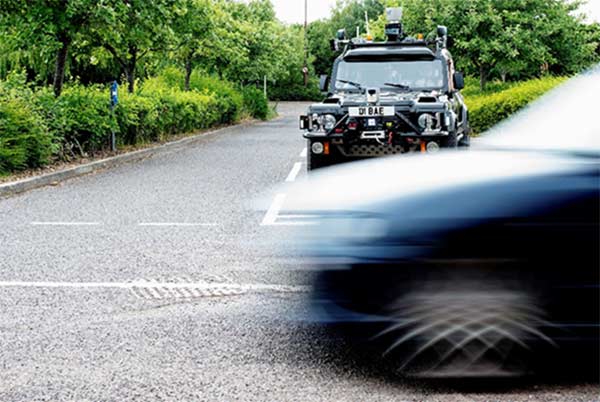 Based on the behaviour of the decision management system and the particular conditions as part of the trial, we found that trust scores were high. Overall, these scores were validated against a battery of psychometric scores also completed by the participants linked with general trust in technology. We found lower trust scores when the AV accepted the gap in the Venturer simulator than when the AV rejected the gap. We noted that neither driver age nor experience affected the trust ratings.

We recognise that many of the comparisons, and findings of significant and non-significant differences between the events in the trial may be related to the specific behaviour of the decision management system in the situations tested. The trial demonstrates, however, that we have a methodology to identify differences in trust by event type.

[edit] Planning for the third trial

We continue to plan for the third trial which will discover how other road users, including pedestrians and cyclists, trust the AV in similar situations to those tested in the second trial.

So, will the technology enable our best visions for the future, or might it possibly corrupt better alternative visions? Safety in the urban environment is enhanced when the environment, i.e. the infrastructure, is designed to control speed. Coupled with this, we can engineer our public realm to be a rather beautiful space for humans.

So far as the vehicle is concerned, we could today mandate for speed limited vehicles and vehicles limited in their acceleration. On the current trajectory of government and industrial interest, however, it seems likely we will be required to wait until AVs appear on our streets to achieve these safety gains. Can we wait that long for technology to be cautious on our behalf? Whatever, the grass will always be greener on the other side.

This article was originally published here by ICE on 1 Dec 2017. It was written by Professor John Parkin.

Retrieved from "https://www.designingbuildings.co.uk/wiki/Autonomous_vehicles_-_do_we_trust_them%3F"
Create an article