BSRIA research into Building Automation Controls markets (BACS) was released in February 2020. It confirms the growing importance of software in buildings with Artificial Intelligence (AI) playing a particular role. 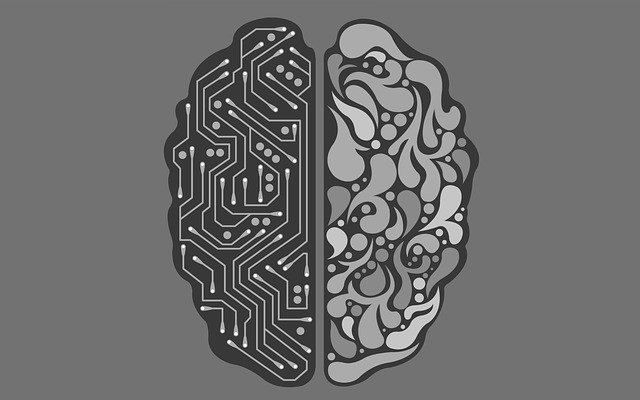 What do we mean by AI in buildings? The term artificial intelligence (AI) tends to rear up in almost any current discussion about how to solve human, social or technical problems. While AI is almost as hard to define as intelligence itself, it is generally seen as embracing anything that goes beyond simply following fixed instructions of an “if x / then do y” nature.

It typically involves “learning”, finding patterns and correlations and extrapolating from these. More advanced AI can formulate hypotheses which can then be validated. The results can range from relatively simple predictions, such as when I am most likely to want the heating to be on in my home, to highly complex ones involving a whole “world view”.

While the concept of AI has been around for more than 60 years, it is the combination of cheap, intensive processing power, almost unlimited data storage (often in the Cloud) and fast, reliable transmission of data that has made it a concrete and practical presence.

Buildings and their systems are clearly obvious candidates for AI. They are often large and complex and interact both with the people and with activities inside them as well as with the wider outside world in all kinds of ways, in a manner that can change radically over time.

Buildings are also heavy users of environmentally important resources such as energy (taking c. 40% of all energy consumption), having a big impact on human welfare and productivity.

Building systems that can adapt and operate “intelligently” and with less direct human supervision are increasingly sought after. AI can play a role in almost any area of a building and its services. In terms of energy it can identify consumption patterns that are in some way abnormal, for example in its timing or in its intensity.

Fault prediction and prevention is another activity to which AI lends itself. By collecting, correlating and analysing information about when failures occur it is possible to predict where and when they might occur in future and to identify warning signs that can prompt preventative action. Where the equipment is critical, preventing outages can make a huge difference, saving money and potentially saving lives.

Alarms and security represent another obvious application for AI in ensuring that fires hazards are identified without false alarms, and that security video data is correctly interpreted, for example by identifying individuals as trusted or as potentially a threat.

AI can also extend into areas which have not always been much associated with building systems such as the monitoring of water quality. On a day-to-day basis, intelligent building systems can also ease the running of buildings, whether it is determining when rooms need to be cleaned or by guiding visitors’ cars towards free parking spaces.

As well as enhancing building functions, AI can transform the way that building users interact with the building, the most obvious example being speech recognition which, through products such as Amazon Alexa is already transforming the way many people interact with their homes and has applications in commercial buildings as well.

It is nonetheless important to keep the present state of AI in perspective. A first key point is that artificial intelligence, like human intelligence, will always have limits and be prone to mistakes. It is for example practically impossible to predict every failure of a building system without generating any “false positives”. The trick is to strike the right balance, but this requires the accumulation of experience.

This is compounded by the fact that the organisations and individuals that understand buildings and their idiosyncrasies tend to come from a different background and culture to those that have been pioneering the development of AI. The successful implementation of AI in buildings requires a coming together of these two traditions.

In some cases, AI is “bought in” for example by mergers and acquisitions, in other cases companies attempt to recruit and build up their AI skills. CBInsights has monitored takeovers of AI companies, and found, perhaps unsurprisingly that the five highest numbers of takeovers were executed by the five US based tech giants, led by Apple. It is not a coincidence that four of these have actively engaged in smart homes or in other smart buildings.

AI potentially reduces the need for some human skills, for example by making troubleshooting of building faults a much more automated process, but also increasing the need for other skills. Apart from the system engineers who design and implement the AI based solutions, building managers and users need to have enough understanding of those systems, and have the means to respond effectively.

For example, if a warning or alert is triggered by an intelligent system then either the problem needs to be corrected automatically or someone needs to have the knowledge and means to affect the chance.

The smarter, the more complex and the more connected the building, the more cyber security is likely to be seen as a potential threat. Significantly, cybersecurity is itself one of the main applications of AI.

The best current view is that, while AI is starting to have an impact on building services, it is still mostly in its early stages. If buildings were people, they would be just starting to walk on two legs and have some way to evolve before they could be seen as truly intelligent.

To learn more about the specific impact of software and AI on building automation, look for BSRIA 2020 update of its well-established BACS reports. https://www.bsria.com/uk/news/article/2020_release_of_the_latest_european_bacs_market_analysis/

This article originally appeared as ‘AI in Buildings – The Vision and the Reality’ published by BSRIA on 13 February 2020. It was written by Henry Lawson.

If we see AI in broader terms then it's concept is not 60 years old but 1000's with the concept of Artificial servant companions mentioned in ancient Greek mythology.
History of robots - Wikipedia

Then there are mathematicians who where developing logarithms for predictions. One with comes to mind is the Russian Andrey Markov and the Markov chain (c.1906)
Markov chain - Wikipedia

BTW I enjoyed the Article