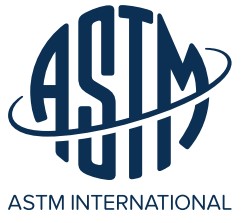 The precursor to ASTM International was the American Section of the International Association for Testing Materials, launched in 1898 by scientists and engineers intent on resolving structural issues occurring in railroads.

The earliest efforts of the organisation were led by Charles Dudley an employee of the Pennsylvania Railroad. Dudley’s role at the railroad was to research materials the company relied on for its operations. Consequently, the first standard was one for steel that could be used to manufacture rails less prone to breakage.

As the first standards organisation, ASTM International was established before the British Standards Institution (BSI) and the International Organisation for Standardisation (ISO). These organisations frequently incorporated or adopted ASTM standards, especially in areas such as steel, oil and other industrial materials.

In 2009, ASTM International began to certify services for products and personnel, which led to a partnership in 2016 with the Safety Equipment Institute (SEI). This organisation also works with labs and manufacturers to offer certifications.

Compliance with ASTM standards is not mandatory in most instances. However, this can change based on the circumstances related to adoption. This happens most frequently around issues associated with safety, particularly when dealing with cases involving large organisations (such as high profile corporations or government entities). They are also frequently adopted for products or services used by (or around) children.

On 8 July 2020, ASTM International released a proposed standard to evaluate the tensile performance of fibre-reinforced concrete (FRC). The proposed standard (WK73384) will be useful to contractors, testing agencies and researchers.

This standard and others play a role in product development and safety in more than 90 industry sectors:

Retrieved from "https://www.designingbuildings.co.uk/wiki/ASTM_International"
Create an article