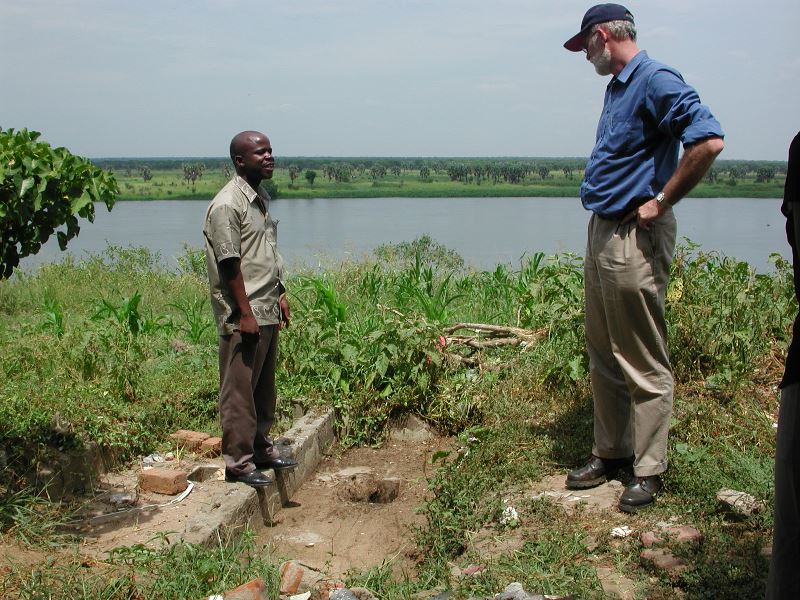 Achieving the UN Sustainable Development Goals is the responsibility of government and the role of the global community is to hold their governments to account, says Professor Martin Van Veelen, former President of the South African Institution of Civil Engineering and the Federation of African Engineering Organisations.

“Infrastructure forms the basis for economic development and improving the quality of life and for this reason the World Federation of Engineering Organisations has responded to the UNSDGs by embarking on projects to report on the state of infrastructure in the world as well as the state of the engineering profession.

“Engineers are extremely responsible, professional people. They have the ability to assess the impact on the environment of their project and vice versa. Climate change models are now available and this allows engineers to design for the expected changes in extreme events.”

Talking of his lifelong career dealing with big water issues he says:

“The projects I have been involved with range from resource management to supply, waste treatment and disposal. All of these have contributed to improving the standard of living of many people by making clean water available, as well as the quality of life by protecting the environment.

“As an environmental impact assessment practitioner my role is not to save the world but to make sure that development takes place responsibly and within the rules that society has set. As an engineer I understand what a proposed project entails and what the possible impacts can be.”

As the former President of the Federation of African Engineering Organisations, Professor Van Veelen has extensive experience in Africa and says his vision is to get a single standard for engineering education and training established on the continent, equivalent to internationally accepted standards. Also, to organise the engineering profession in Africa into a coherent body that can take its rightful place internationally.

“Engineering is primarily concerned with creating and maintaining infrastructure. The principle is that if it can be imagined, it can be done. However, we all compete for limited resources in the form of money. That is the single biggest limiting factor holding back development.

“The water challenges in South Africa are the result of extreme weather conditions. We are facing an unprecedented drought in the Cape Town area. Engineers are doing what they can in the form of constructing desalination plants and developing boreholes but the existing water supply system is based on surface water – it is the most economic source – and when it stops raining the system becomes stressed.”

Underlining his support for the UNSDGs he adds:

“The goals are excellent, especially the targets and measurable indicators. This allows individual countries to develop specific national development plans with set goals and outcomes.

“The engineering community is more than willing to serve society in creating the infrastructure to achieve the SDGs. On the one hand governments have to appreciate how engineers can contribute while on the other engineers have to learn that they should give society what it wants and not what engineers think it needs.”

Professor Van Veelen is a professional engineer with a PhD in aquatic health. He has 40 years of experience on the frontline of water engineering, particularly in Africa, and is a certified environmental assessment practitioner. In 2015 he presented an early paper on the UN Sustainable Development Goals at the World Congress on Engineering Education in Lebanon.

This article was originally published here on 22nd March 2018 by ICE. It was written by Claire Miller.

Retrieved from "https://www.designingbuildings.co.uk/wiki/World_Water_Day"
Create an article