The visions of today’s urban designers and planners will be judged by future citizens. Andreas Brück and Angela Million of TU Berlin discuss a themed issue of ICE’s Urban Design and Planning journal on the topic. 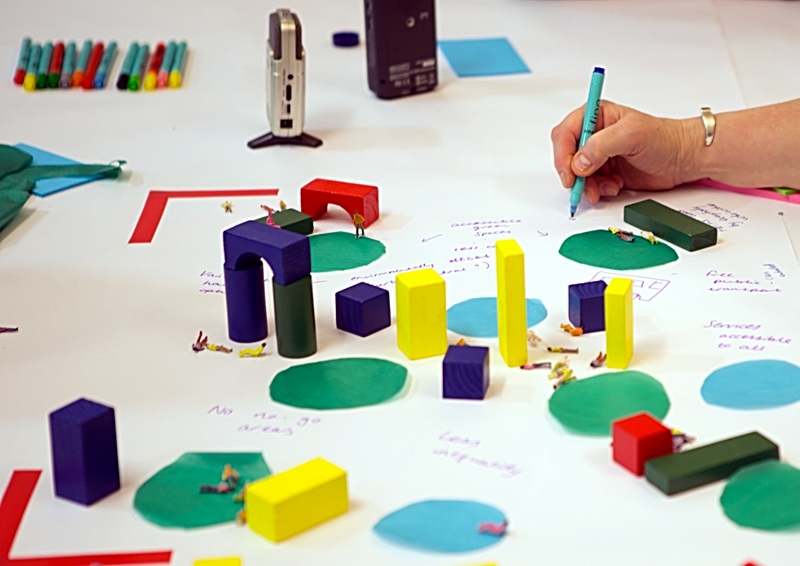 The future is always in the making, and so are cities. Constant re-imagining and re-making by citizens and the continuous reconfiguration of the built environment make the urban spaces we inhabit a myriad of multiple re-imaginations and alternatives.

We proposed a themed issue of ICE’s Urban Design and Planning journal on visions future cities because we wanted to know: what visions of future cities exist today? What alternative scenarios or ideas are there and which should be investigated? What are theoretical underpinnings to be explored related to future cities? How does urban envisioning work? Are there new forms of projecting and crafting urban futures

First, we want to emphasise how important visions are in general, and how crucial their creation is – especially when it comes to cities and future urbanities – by asking: what are future visions of cities good for?

While there could be many ways to answer this question, in our opinion the future should be seen as a significant renewable resource for humanity. As such, ‘a future’ is an essential part of our daily lives, and even more, it is a necessity. Not thinking about the future, not making predictions, and simply waiting for it to arrive, is escapism.

In today's times of multiple crises and transformations – induced by challenging global trends and problematic developments on the local and global level, among other factors – we are confronted with profound change and ever faster acceleration.

Secondly, we would like to stress the importance of looking beyond immediate short-term realities and engaging in foresight and visioning by urban designers and planners through asking: why should engineers, planners and urban designer be visionary?

The answer is because they can. They (ideally) are trained to envision solutions and have the capacity to communicate their ideas to a broader audience that might get convinced of their virtue. Yet, getting too crazy about the future is often accompanied by fear of being (or becoming) ‘out of touch’ with reality, and of widening the gap between theory and practice, or between academia and the professional world.

In a profession that is heavily involved with unknowns, uncertainties and doubts, fears arise of not meeting the needs of today's planning, engineering and design practices. One could end up only proposing speculative, hypothetical answers to pressing questions.

And, third, we would like to underline and reflect on the importance of visions for future cities in the education of future urban planners and designers, and briefly reflect on the implications for university programmes and the way urban design and planning is (or should) be taught.

The question is: how can universities and the study programmes of urban planning and design be places for future thinking? Looking back at more than six years of teaching at TU Berlin we can say that future city visioning is a major focus in our classes.

Students are encouraged to come up with new ways to think about the city beyond what we are providing, and to produce outcomes that may seem futuristic, yet are based on educated parameters and have the potential to develop into concrete designs or planning proposals.

[edit] Citizens are the key

Challenges will continue to rise, old and new ones, and the future of cities is uncertain. Nonetheless, the conditions alone – be they natural, political, technological and so on – will not make our cities. Rather, it is the (re)actions of citizens (among them urban designers and planners) that will determine whether cities are able to cope, evolve, succeed or take a second try at success.

In the future, urbanites may look back at urbanisms of the twenty-first century (and their planners) and find our visions, worries, machinations and debates laughable, inaccurate, confused, or foolish. Yet they will have to live in the urban tomorrows we are creating.

What is left to us is to try hard to leave a legacy that inspires people to create anew for the renewable future, that helps in finding better ways of integrating the countless aspects of life in cities, and one that we can learn from and build on.

This article was originally published here on 30 August 2018 by ICE. It was written by Andreas Bruck and Angela Million.

Retrieved from "https://www.designingbuildings.co.uk/wiki/Visions_for_future_cities"
Create an article