Surveying is the process and technique of determining distances and angles between points, used on construction sites for the purposes of levelling and setting out works.

Surveying relies for its accuracy and efficiency on having the right instruments. Surveyors use a range of instruments for land surveying and mapping, and setting out. 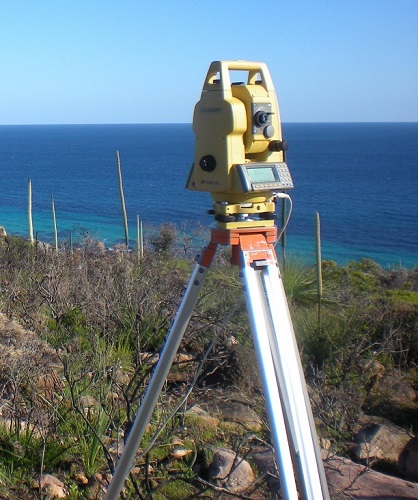 Theodolites were developed to measure precise horizontal and vertical angles for the purpose of triangulation – determining the location and distance of a point through the formation of triangles.

In its simplest form, a theodolite consists of a moveable telescope attached over perpendicular axis. It is mounted on a tripod head by means of a tribarch containing thumbscrews for tightening and loosening. The theodolite should be placed vertically above the point to be measured using a plumb bob or laser plummet. Tubular spirit bubbles are used to keep the instrument level.

A ‘transit’ is a type of theodolite developed in the early-19th century by railroad engineers. As well as being able to turn horizontally, a transit has a vertical circle and a telescope that can be inverted in the vertical plane.

Modern theodolites use an electronic rotary encoder to read the horizontal and vertical circles to great levels of precision.

A gyro-theodolite comprises a gyroscope mounted to a theodolite and is used, predominantly in mine surveying and tunnel engineering, to determine the orientation of true north. Gyro-theodolites were used during the construction of the Channel Tunnel to align the two tunnels as they were constructed from both France and the UK.

A tachymeter (or tacheometer) is a type of theodolite used for rapid measurements. Similar to a rangefinder, it can determine electronically or electro-optically, the distance to a target. 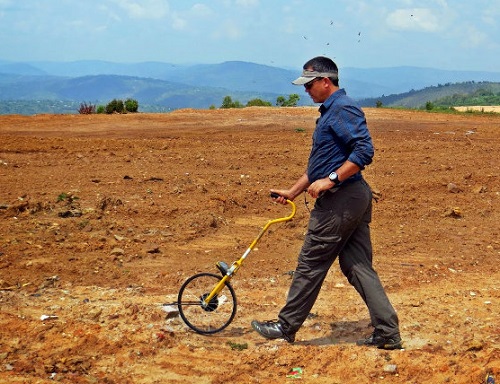 Surveyors use measuring wheels for quicker and lower accuracy surveys of long distances by rolling it from the start to end point. Each revolution of the wheel measures a specific distance, such as a yard or metre. Counting revolutions with a mechanical device attached to the wheel measures the distance directly. 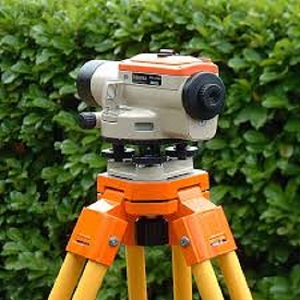 A dumpy level consists of a telescope-like device fitted on a tripod stand and used for establishing or verifying points in the same horizontal plane. Together with a vertical staff, it is used to measure height differences and transfer elevations during building surveys.

Most surveying instruments are fixed on a tripod, which acts as a support. Tripods have three legs which can be extended or lowered as required. 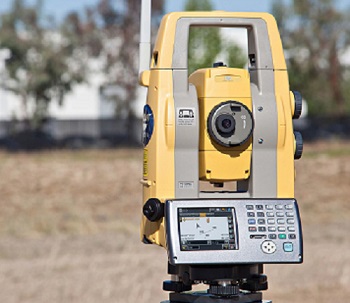 A total station (sometimes referred to as a Total Station Theodolite TST) is a modern theodolite which is a transit fitted with an electronic distance meter (EDM).

A microprocessor unit in the total station processes the data collected to determine:

The data that is collected and processed can be downloaded for further processing by computer aided design (CAD), building information modelling (BIM) or geographic information system (GIS) software.

These are now the most commonly used surveying instrument due to their precision and accuracy. Total stations also enable field work to be carried out rapidly with quick calculations of coordinates.