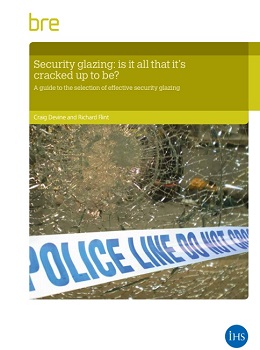 In October 2016, BRE published the findings of a research project undertaken to investigate the performance and safety of glazing in security applications. The guide was primarily developed to help with the selection of effective security glazing.

The publication of ‘Security glazing: Is it all that it’s cracked up to be?’ (FB 55) followed a series of burglaries in London’s West End in 2008, ‘smash-and-grab’ attacks used to steal expensive goods from shop window displays.

The research explored the notion that, in some cases, glazing offered the least resistance to forced entry in situations where the generation of noise did not deter criminals. This premise was further demonstrated in the 2011 riots that hit major cities around the UK.

In addition to focusing on security, the research also examined an associated safety issue – that the majority of injuries from explosive events, including terrorist attack, invariably result from flying glass particles. Therefore, finding the correct specification of glazing to resist attack and reduce injury is vital.

The research uncovered a problem relating to the selection of an appropriate product to meet these dual requirements. A number of different glazing standards have been developed based upon specific test requirements. For example, glazing may be subject to a simulated manual attack or impacted by a known mass at a known velocity. However, the test results are not always directly comparable with those of tests conducted to other standards.

It is therefore useful to have an understanding of which standard is best suited to a particular application.

The types of glazing that the guide covers include:

The guide aims to assist architects, consultants, police officers and others who advise people on the selection of effective security. As well as focusing on physical security, particularly the resistance to manual attack of different glazing types, the guide also contains advice relating to other performance attributes.

Retrieved from "https://www.designingbuildings.co.uk/wiki/Security_glazing"
Create an article