Entandrophragma cylindricum, or what it’s most commonly known as Sapele, is a member of the mahogany family. Sapele is a timber originating from tropical Africa and grows to incredible dimensions; up to a height of 45m and a diameter of 10m.

It is harder and heavier than African mahogany, weighing about 640kg/m3 when dried. This wood can also range from the Ivory Coast to the Cameroons and eastward through Zaire to Uganda.

Sapele’s colour tends to darken with age, from a golden brown to a dark, reddish hue. As well as the common ribbon pattern seen on quarter sawn boards, Sapele is also known for a wide variety of other figured grain patterns, such as: pommele, quilted, mottled, wavy, beeswing, and fiddleback. 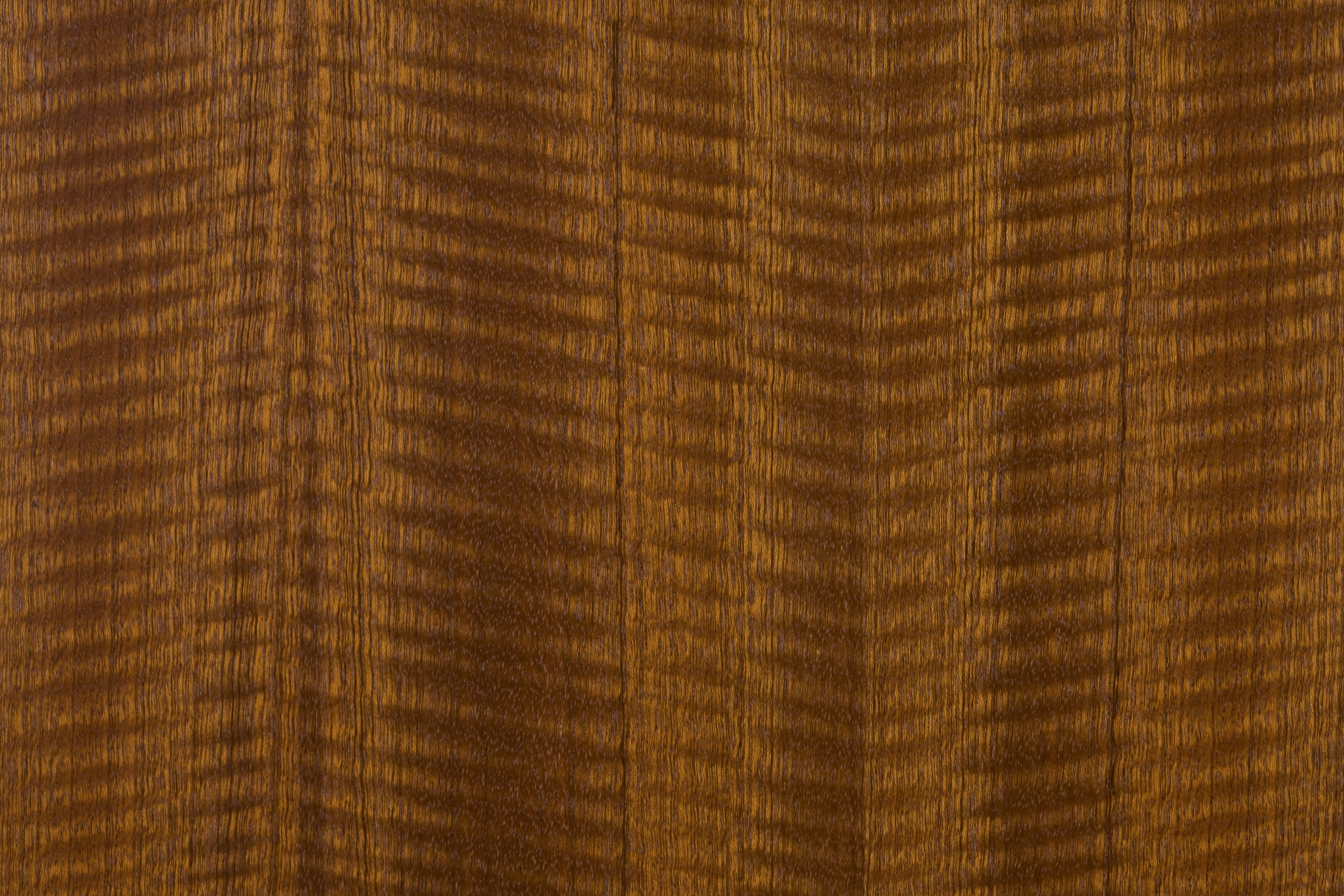 Sapele has good durability, strength, and density, and can be used both internally and externally. It can be used for skirting boards, architraves, flooring, picture frames, furniture, mouldings, doors, conservatories, panelling and so on.

The texture of the grain is interlocked and sometimes wavy, with a fine uniform texture and good natural luster. Sapele has a distinct, cedar-like scent while being worked.

The hardness, medium density, and propensity for straight grained boles, makes Sapele wood very stable. This timber travels a long distance to reach the UK, but with its natural superior stability, it remains undamaged.

Being much harder than African or American mahogany, the resistance to indention, bending strength, and stiffness is almost equal to English oak.

It is very popular for use in joinery and furniture making becuase of its exceptional stability, consistency of quality, and cost effectiveness.

Sapele is a popular choice for veneers on sheet materials, which are widely used for furniture and cabinet making. This wood can be stained, polished, waxed, oiled, and varnished. Most commonly used for exterior applications (as a window and door material) it is almost completely rot and weather resistant. It is also ideal for painted applications due to its fine graining.

Among its more exotic uses, Sapele is used for the back and sides of acoustic guitar bodies and the tops of electric guitar bodies. It is also used in manufacturing the neck piece of ukuleles and 26- and 36- string harps.

Sapele is a commonly exported and an economically important African wood species, being sold both in timber and veneer form. It is occasionally used as a substitute for Genuine Mahogany, and is sometimes referred to as Sapele Mahogany.

The availability of Sapele adds to its many valued attributes to make it easily and sustainably sourced. With the consistently high and steadily available supply of Sapele, it gives this timber species a small price tag and good popularity ratings amongst those who have tried using it as an alternative to genuine Mahogany.

Retrieved from "https://www.designingbuildings.co.uk/wiki/Sapele_wood"
Create an article