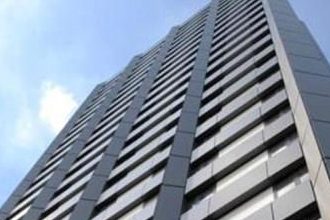 On 1 February 2021 an Opposition Day Debate took place in the House of Commons on ‘protecting tenants and leaseholders from unsafe cladding’. The motion called on the Government to provide funding to fix unsafe homes and ensure that leaseholders would not bear the financial burden of remediation. The topic received cross-party support, with over 70 MPs participating, culminating in a vote on the motion, which passed by 263 votes to zero.

While the vote is not legally binding, it does send a clear message about the strength of feeling on this issue and the pressing need to find a solution that protects leaseholders and those living in potentially unsafe buildings.

The CIOB has been closely monitoring and reviewing the issue of cladding and building safety, as a matter of public interest and one that is clearly relevant across the construction industry. While there is no doubt that it is a complex matter, with a long list of stakeholders, new figures from the New Build Database and the Office for National Statistics (ONS) indicate that up to 11 million people in the UK are impacted by this issue, living in accommodation that is potentially unsafe and, in many instances, faced with the prospect of a financial commitment to rectify something over which they had no influence or control. This is causing unnecessary distress to many and is clearly unacceptable.

New proposals for a loan scheme may still lead to leaseholders bearing some costs being imposed on them by landlords. It is encouraging that there is political will across all parties to take further action, but the CIOB would like to see the Government commit to act immediately. Government should prioritise the ongoing risk assessments regarding where ACM (Aluminium Composite Material) may be present, confirm measures to make those buildings safe as soon as possible and find a funding solution which does not penalise leaseholders and leave them burdened with paying, even in part, for historical building safety remediation works, whilst ensuring that these costs are excluded from the proposed building safety charge.

It’s clear that, when there is more information from detailed risk assessments on the scale of ACM still present and more progress with the removals programme, the construction industry will be key in ensuring such a situation can never happen again. In the short- to medium-term, this means that replacement work is carried out to the highest standards. Over the longer-term, although the work has already started among key industry stakeholders, the need is to ensure that lessons are learned and, crucially, embedded across the sector, with a commitment to quality and safety present throughout the construction sector.

This article was originally published on the CIOB website on 2 February 2021.

Retrieved from "https://www.designingbuildings.co.uk/wiki/Protecting_tenants_and_leaseholders_from_unsafe_cladding"
Create an article