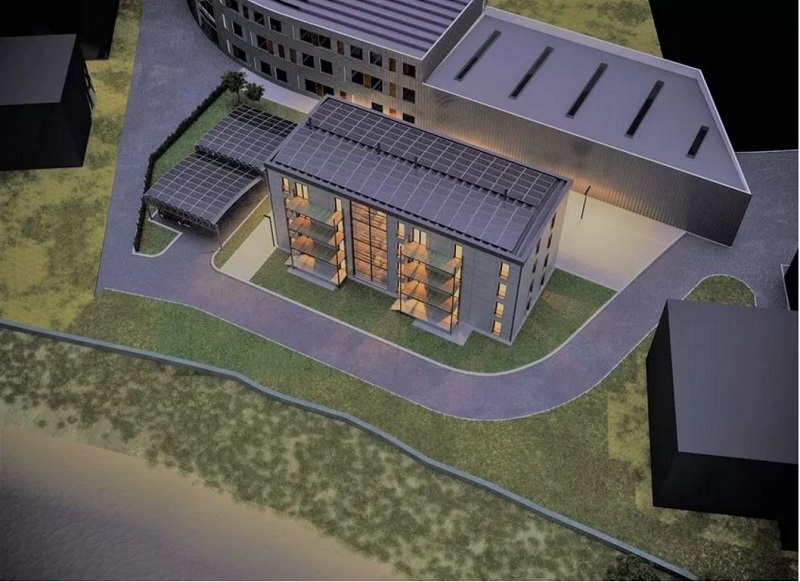 In December 2016, it was announced that the China National Building Material Company (CNBM) would build six prefabricated house factories in the UK, producing 25,000 low-energy homes a year by 2022.

CNBM has agreed to a £2.75 billion joint venture with Your Housing Group (YHG), a leading housing association, and Welink, a renewable energy supplier, to benefit from the rising demand for affordable rented housing. Also involved are Barcelona Housing Systems, a Spanish home manufacturer who will supply the necessary technology for the factories.

The six factories will produce panelised components for residential developments using British light gauge steel framing. Welink has announced that the houses will be ‘at least 75% off-grid’, with solar power and energy efficient design.

£2.5bn will be invested in the venture by CNBM, while YHG will provide £250 million, with more than a thousand people employed in the factories, which have yet to be sited.

The UK government have reacted enthusiastically to the news, believing it will help in the delivery of its 1 million new homes by 2020 target.

“This is a clear endorsement of the UK’s attractiveness as a place for inward investment. This announcement has the potential to benefit local communities across the country, creating jobs, boosting local economies and creating homes.”

The first scheme, in Liverpool, is expected to receive planning permission early in 2017, and five pilot schemes will deliver 2,000 homes during the year. Eventually the joint venture hopes to do deals with other local authorities and housing associations, developing local supply and delivery chains.

“Our partnership comes at a time when the UK’s housing shortfall is only going to be addressed by radical innovation in building practices which opens the way for modular housing.

“This joint venture will give a significant kick-start to delivering the new homes people need across the UK which includes helping to address fuel poverty issues through our incorporated solar and energy efficient design – meaning our developments can be at least 75% off-grid. Furthermore, British produced light gauge steel framing will help keep our carbon footprint to a minimum.”

Retrieved from "https://www.designingbuildings.co.uk/wiki/Prefabricated_house_factories"
Create an article