Line of balance (LOB) is a management control process used in construction where the project contains blocks of repetitive work activities, such as roads, pipelines, tunnels, railways and high-rise buildings. LOB collects, measures and presents information relating to time, cost and completion, and presents it against a specific plan.

The LOB technique was created by the Goodyear Company in the early 1940s, before being adopted and developed by the U.S. Navy in the early-1950s. It was subsequently developed for industrial manufacturing and production control, as well as the basic concepts behind planning and scheduling in the construction industry.

An LOB diagram shows the repetitive project work as a single line on a graph. It differs from a bar chart which shows a particular activity’s duration, by showing the rate at which the work has to be undertaken to stay on schedule, as well as the relationship of one trade or process to the subsequent trade or process. 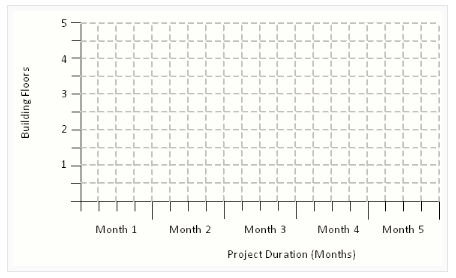 In the figure below, it can be seen that Activity A lasts a 10 weeks. The productivity of A, spread across each of the work areas, is 2 weeks per floor. 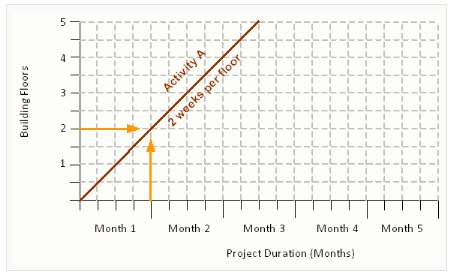 If Activity B has a productivity rate of 1 week per floor, then it can begin work at the end of the second week. 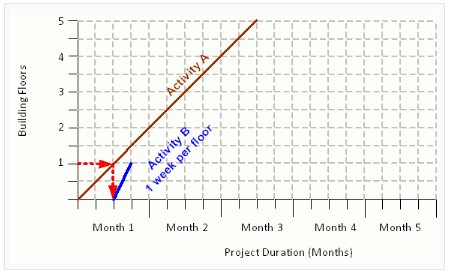 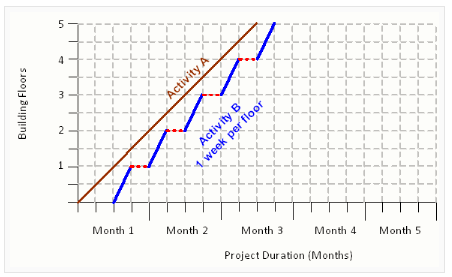 The diagram below shows that by delaying the start of Activity B for 4 weeks, the workforce can continue uninterrupted, and hence are more productive. This enables a better understanding of how workforces follow one another through activities.

The advantages of LOB include:

Retrieved from "https://www.designingbuildings.co.uk/wiki/Line_of_balance_(LOB)"
Create an article