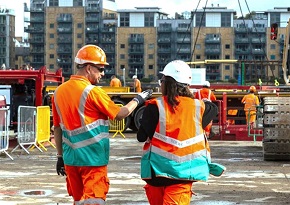 In October 2018, new measures to end the problem of late payments to small businesses by large companies who abuse their position in the market were unveiled by the Small Business Minister Kelly Tolhurst as she launched a call for evidence.

Nearly a quarter of UK businesses report that late payments are a threat to their survival. Tackling them represents a huge opportunity for economic growth, with research from the Federation of Small Businesses (FSB) suggesting it could add £2.5 billion to the UK economy and keep an extra 50,000 businesses open each year.

The new proposals, building on action government has already taken to improve access to finance and the appointment of the Small Business Commissioner, include:

Small Business Minister Kelly Tolhurst said: "Our 5.7 million small businesses are the backbone of our economy, and ensuring we remain one of the best places in Europe to start and grow a small business is a key part of our modern Industrial Strategy.

"Over the past five years the amount owed to businesses in late payments has halved, but we will go further to make sure all of our small businesses are treated fairly. Today’s new call for evidence will help us identify the most effective way possible to tackle this issue once and for all and ensure small businesses are on a level playing field with their larger counterparts."

FSB National Chairman Mike Cherry said: "Late payment is the biggest challenge affecting small businesses and it is good to see the government getting serious about this issue, especially when it comes to large firms paying their supply chains promptly.

"The voluntary Prompt Payment Code is not working when it allows signatories like Carillion to pay on terms of over 120 days, so we want to see a new tough and transparent compliance regime being proposed.

"Involving the Small Business Commissioner Paul Uppal with the Code is also right as it shows a more joined-up approach to this difficult issue. Further, it is a positive step that central government will set an example – paying 90% of undisputed invoices from small and medium-sized businesses within five days."

The publication of the new call for evidence follows an announcement by the Business Secretary Greg Clark earlier in October 2018, where he set out other new measures to support small businesses, including:

Small Business Commissioner Paul Uppal said: "I welcome the opportunity to join the Prompt Payment Code’s Compliance Board. I am looking forward to working with the Prompt Payment Code Administration Team and improving current processes to ensure timely payments, which will encourage growth and productivity for SMEs across the UK."

The government has also set the ambition that all its departments commit to paying 90% of undisputed invoices from SMEs within five days and ensure all government departments have a dedicated non-executive director responsible for prompt payment, improving payment practices and exploring how better to use technology to make payment processes more efficient.

Some large businesses use late payments and extended payment terms to exert control over small businesses in their supply chain, and the government will now seek the views of the UK business community on how best to ensure small businesses are given a fair deal.

Cabinet Office Minister for Implementation Oliver Dowden said: "We expect the highest payment standards from both government and big business. That is why we will commit to central government aiming to pay 90% of undisputed invoices from small and medium sized businesses within five days. Small firms can also report poor payment practices via our Mystery Shopper service, which ensures their voices are heard. We are listening to businesses and doing more than ever to level the playing field for small businesses to win work in the public sector."

Emma Jones, MBE, founder of Enterprise Nation, said: "We’re delighted the government has taken this step to ensure they are setting the right example in paying within five days and further enforcing the prompt payment of invoices for SMEs.

"There is absolutely no doubt that late payment, often 60 days and even beyond, has a dramatic and disproportionate effect on smaller firms, which often rely on cash flow to fund trade and avoid unnecessary debt. The continued attention on the issue of late payment should enable UK enterprise to further flourish."

The Call for Evidence forms part of the government’s modern Industrial Strategy. It will be open until 29 November 2018 and the government is encouraging, businesses, trade associations and other interested parties such as academics to contribute their views to it.

This article was originally published here on 4 Oct 2018 by CIAT.

Late payment is one thing the other that needs to be addressed is excessive payment terms that are enforced upon smaller companies.