See the Unusual building of the week series here. 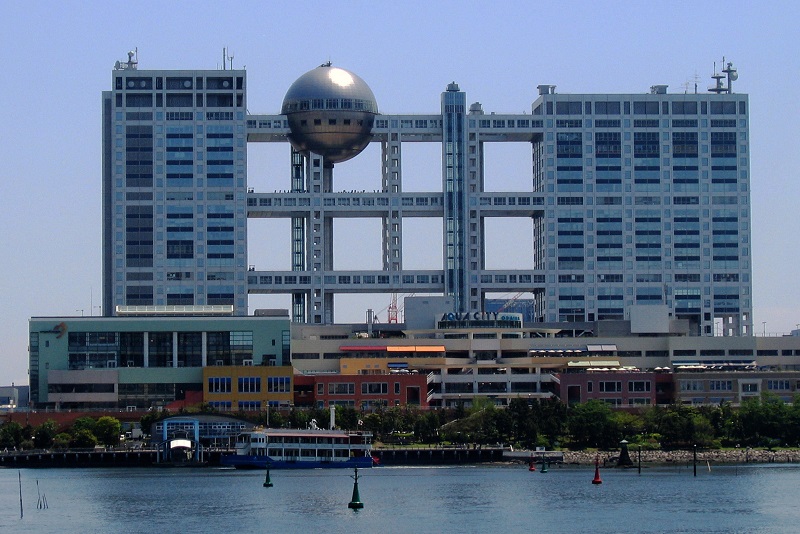 The Fuji TV Building is one of the most bizarre buildings in Japan. It is located in the waterfront area of Tokyo’s Minato district. The ultra-futuristic building was designed by the architect Kenzo Tange and completed in 1997. It serves as the corporate headquarters of the Fuji Television Network and houses several studios.

The centrepiece of the building is the titanium silver ball which measures 32 m in diameter, and weighs 1,350 tons. Inside the ball is an observation platform which is open to the public, offering unobstructed views of Tokyo and Mount Fuji.

Raising the ball into place was a major engineering challenge which took a total of 9-and-a-half hours. It was balanced horizontally on, and supported by, three beams, before being raised to its finished height of 123 m by hydraulic jacks.

The studios inside both towers are insulated against the noise from the surrounding transport infrastructure and radio waves from ships passing in and out of the bay area. Acoustic performance was increased by using glass wool insulation for the studio floors, walls and ceilings. 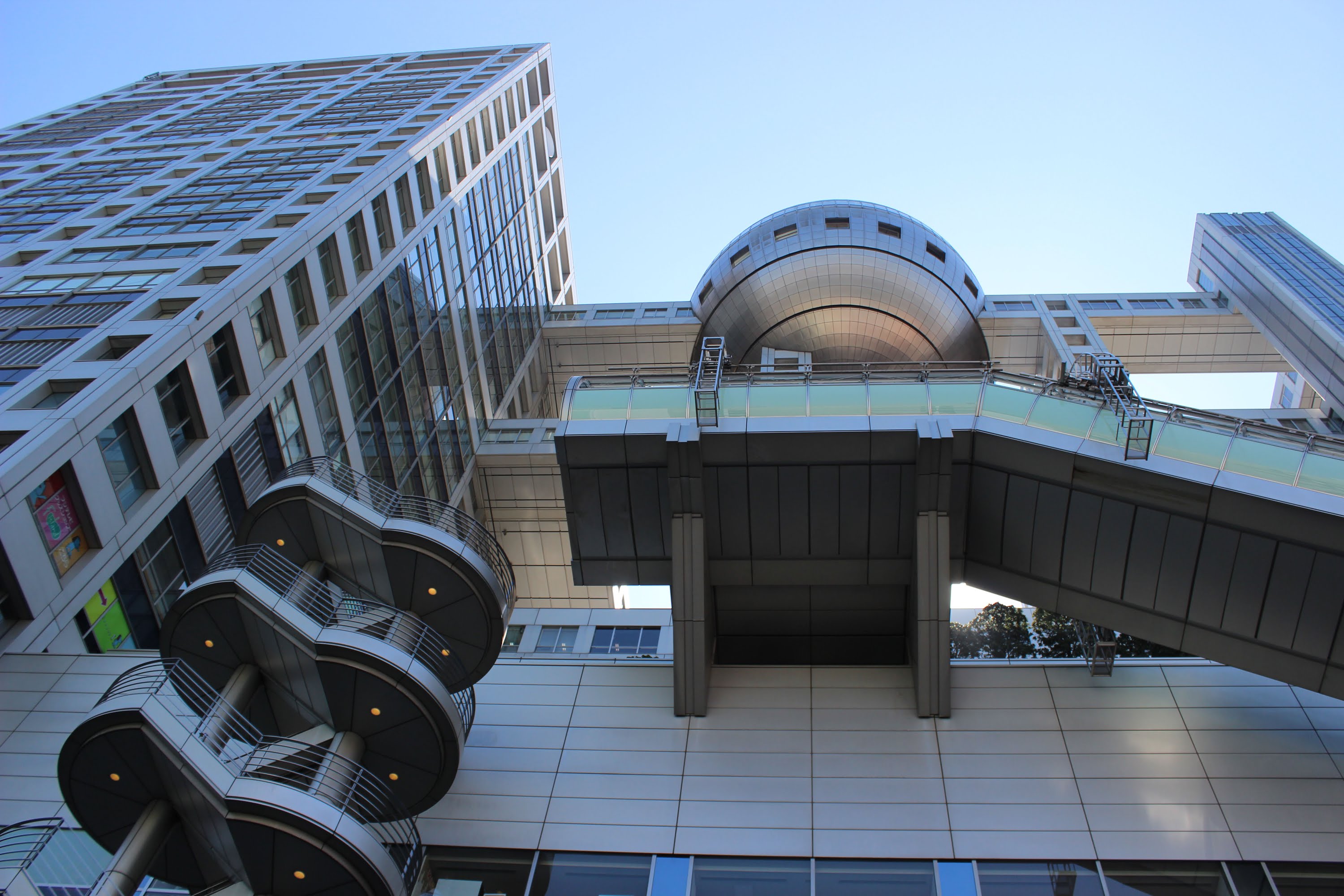 Retrieved from "https://www.designingbuildings.co.uk/wiki/Fuji_TV_Building,_Tokyo"
Create an article