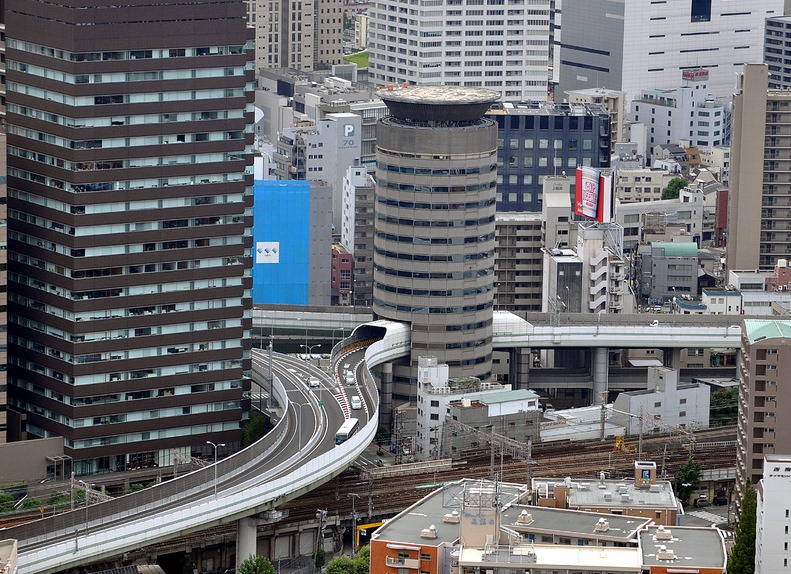 The Gate Tower Building is a 16-storey office building in Osaka, Japan. It is well-known for including the highway off-ramp at the Umeda Exit of the Hanshin Expressway system.

The 71.9 m-tall building, is made from reinforced concrete and steel and is fitted with a helipad on the roof. It was completed in 1992.

The unusual design was the result of a compromise between the landowner and the Japanese government. The landowners had originally purchased the site in the mid-19th century and wanted to redevelop it. However, in 1983 the building permits were refused because the government had already planned the Expressway. The property rights’ holders refused to relinquish the property, and after five years of negotiation with the Hanshin Expressway Corporation, a compromise was struck – the road would pass through the building.

The Expressway passes between floors 5-7 of the building and is deemed to be the tenant of those floors. The road does not make physical contact with the building but instead passes through as a bridge which is held up by supports next to the building. It is surrounded by a casing structure that protects the building from vibration. 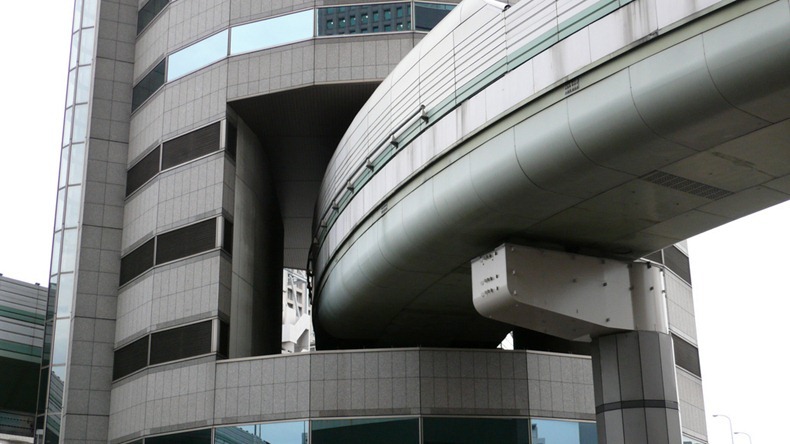 The only significant alterations the building designers had to make were to instal sound insulating walls and for the elevators to pass from floor 4 to floor 8 without stopping.

Since the completion of the building in 1992, Japan’s highway laws, city planning laws, city redevelopment laws and building codes were partly revised to allow the unified development of highways and buildings in the same space, to prevent such negotiations from occurring again.

Retrieved from "https://www.designingbuildings.co.uk/wiki/Gate_Tower_Building,_Osaka"
Create an article