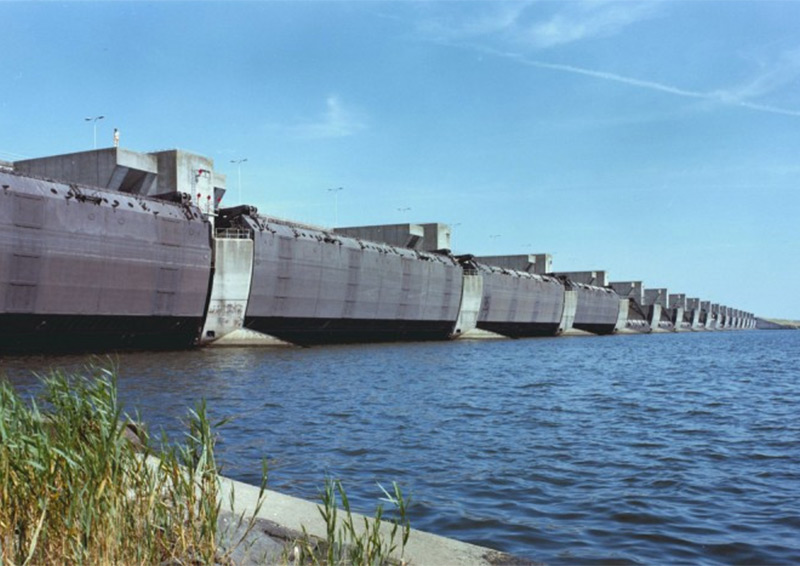 One in five people in the Netherlands lives on land below the sea level. The Netherlands is near to three large rivers and the North Sea, so a big surge of water could:

To stop this happening, civil engineers have designed a massive system of dams, locks and storm barriers. This system protects the coastline and the cities which aren't so close to the sea.

Each river is protected by a barrier. There are 13 in total, but engineers had to design a different type of barrier to suit each location.

The biggest and hardest to build of the works is the Oosterscheldekering – a 5.5 mile (9km) barrier with 62 gates. These gates can be closed if the weather is bad and flooding might happen.

The city of Rotterdam needed a barrier to protect 1.5 million people from flooding. But the river had to be kept open to let big container ships reach one of Europe's largest ports.

To do this, engineers built two huge steel gates across the river. Standing upright, the gates would be taller than the Eiffel Tower.

The Delta Works were not the first bold scheme built in the Netherlands. In the 1930s, Dutch civil engineers constructed the Zuiderzee Works to dam and drain an entire bay three times the size of London.

This article was originally published by ICE.

Retrieved from "https://www.designingbuildings.co.uk/wiki/Delta_Works_sea_defences"
Create an article