The term ‘crawl space’ or 'crawlspace' generally refers to a space between the bottom floor of a building and the ground beneath it, within which it is possible to ‘crawl’. These space raise the building above the ground and provide access to instal and access maintain services such as electrical wiring, pipework and so on. They are particularly common in the USA. 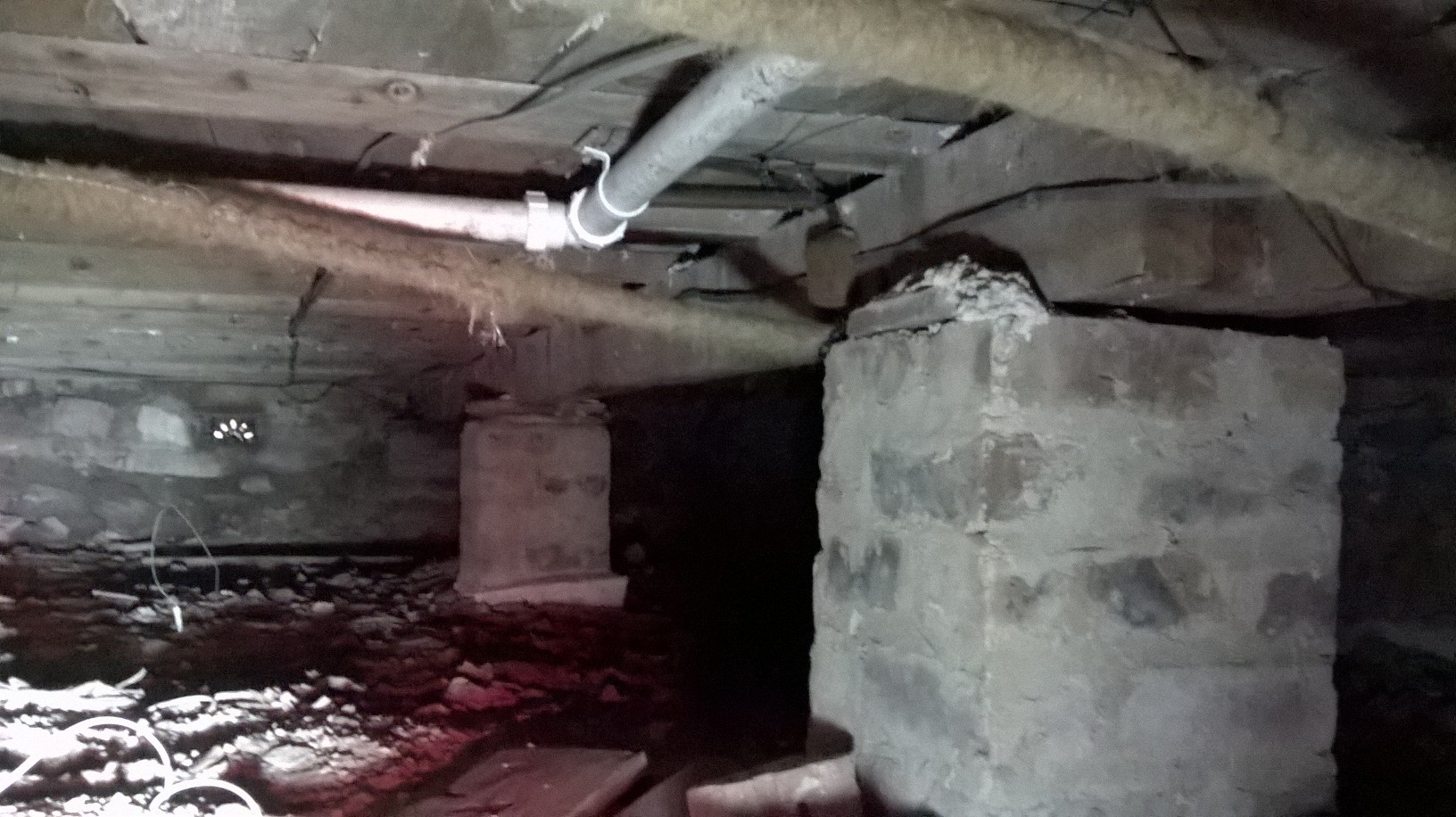 As crawl spaces are generally uninsulated and unheated, they need to be ventilated to prevent the accumulation of moisture which could lead to deterioration of the building fabric. This is similar to the ventilation that is required in cold roofs.

The vents into crawl spaces are sometimes described as ‘foundation vents’. Generally these are simple openings allowing natural ventilation of the crawl space. They may have slotted openings to prevent animals or insects entering the crawl space through the vent, and they may be closable.

However, in the winter, these vents may be seen to allow cold air into the crawl space, which can then be drawn into the building above. In the summer they can result in moist air being drawn into the building which can make air conditioned buildings more expensive to cool. This can cause people to close the vents, resulting in the build up of moisture in the crawl space and problems such as mould growth, rot, buckling floors, sweating ducts and pipes, wetting of insulation resulting in reduced performance and so on. Problems can also occur when ventilation openings are removed, closed, filled, or covered by subsequent works.

In an attempt to deal with these issues, the ground floor is often isolated from the crawl space by a vapour barrier, and insulation. In these circumstances, it is important that any pipework in the crawl space is insulated to prevent condensation forming, or to prevent pipes from freezing in the winter.

The ground can also be covered with a vapour impermeable membrane to reduce moisture rising into the crawl space, but this may create problems such as mould growth under the membrane itself.

Crawl spaces are sometimes encapsulated with anti-microbal membranes, to effectively seal them from the outside. This may then require mechanical ventilation, or dehumidification to extract any moist air that does accumulate in the crawl space.

Alternatively, insulation and a vapour barrier may be installed on the underside of floor joists, below any pipework, effectively sealing the building from the crawl space, but still allowing it to be ventilated. This can however reduce head room within the crawl space and can make later access to services more difficult.

It has been argued that ventilation of crawl spaces should in any case be mechanical, programmed to limit the amount of moisture that is able to enter the space from the outside when external humidity is high.

Retrieved from "https://www.designingbuildings.co.uk/wiki/Crawl_space"
Create an article