Cash retentions are monies held back by larger contractors and clients from subcontractors where issues of non-performance arise, such as defects arising on work undertaken.

Retentions are held by private and public sector clients against their subcontractors, with over £10.5bn of SME working capital locked in retentions annually. Some £7.8 billion of this has been unpaid in the last three years.

However, the system is often abused, negatively impacting many businesses in construction, particularly SMEs.

As a result, ECA, BESA and various partner organisations have been pressing Government to reform this practice. Reform of cash retentions in construction is now supported by a broad range of politicians, business bodies, construction trade associations, and professional bodies. 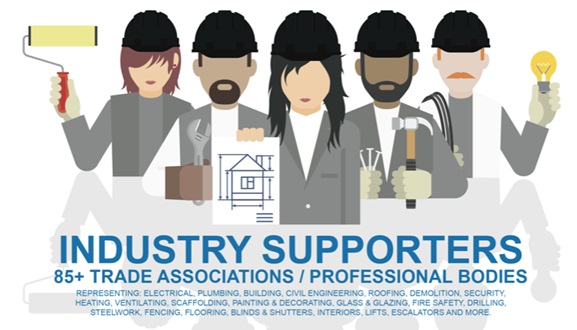 As retention monies are not protected, ring-fenced or held in trust, if a contractor goes bust, the money is lost by subcontractors, and goes to other creditors, often outside the industry.

In the UK, recent government research shows £700m of retentions were lost from upstream insolvency over a three-year period (prior to the collapse of Carillion). For each working day, the industry loses almost £1m, £4.5m per week or £20m per month.

Research has found that SMEs spend on average 130 hours per year chasing late payment from larger firms. And 34% of SMEs borrow to cover cash-flow issues caused by cash retentions. Often this is written off as bad debt, due to the resource implications of chasing monies due.

The knock-on effects of cash retentions can also include stress and mental health issues.

The current system is also a causal factor in bringing about a less efficient public procurement system and results in lower tax receipts for the public purse.

This article is an amalgamation of two articles that first appeared on the website of the Electrical Contractors’ Association (ECA) in March 2019: 'About the campaign' can be accessed here ; the 'Impact of retentions' can be accesed here.

Retrieved from "https://www.designingbuildings.co.uk/wiki/Campaign_for_cash_retentions_reform"
Create an article