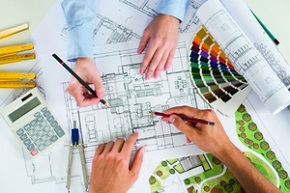 In July 2019, the Building Better, Building Beautiful Commission published an interim report which argued that:

The proposals are contained in the Building Better, Building Beautiful Commission’s interim report, ‘Creating space for beauty’, which was published on July 9, 2019.

The wide-ranging report suggested that town halls should encourage the redevelopment of retail parks and large supermarkets into communities that include homes, shops and businesses. These new ‘mixed use’ communities should be supported by new public transport to reduce reliance on cars and should be part of plans to revisit ‘boxland’ developments.

The report also examines the fundamental reasons for ugly developments and public mistrust, and calls for communities to be given an earlier say in the development process, encouraging greater use of master-planning rather than communities engaging in ‘planning by appeal’.

“Redeveloping abandoned out-of-town retail parks and ugly old supermarkets would deliver something much more beautiful in the form of thriving new communities where people can raise a family, work or settle down.

“We need to move the democracy up-stream from development control to plan-making.

“Beauty should not be just a property of the old buildings or protected landscapes but something we expect from new buildings, places and settlements. We need to deliver beauty for everyone, not just the wealthy. This will require, ultimately, some fundamental changes. Hopefully our report will start part of that important debate with the public and the professions."

“I am determined to reach our target of building 300,000 homes a year by the mid-2020s, but it’s right that we do not do this at any expense – what is built must stand the test of time. We owe it to the next generation to not just build more homes, but to build communities people can be proud of. As a country, we should not shy away from talking about what building beautifully means – and this report is an important contribution to that discussion.”

Commissioners want to receive further comments and evidence which will help them prepare a final report. The commission intends to submit the final report to the government before the end of 2019.

The Commission was established by the Communities Secretary The Rt Hon James Brokenshire MP. It is led by the interim-chairman Nicholas Boys-Smith (founding director of Create Streets), along with Gail Mayhew (advisor to Urban Catalyst and property consultant) and Mary Parsons (chair and trustee of the Town and Country Planning Association). For more information see: Building Better, Building Beautiful Commission

Retrieved from "https://www.designingbuildings.co.uk/wiki/Building_Better,_Building_Beautiful_Commission_interim_report"
Create an article