The BSRIA BACS North America – In-Depth Report reveals that sales of BACS products (Building Automation and Control Systems) was US$ 1,970 million in 2016, an increase of 2.5% on 2015, while total installed systems sales was US$ 5,801 million. 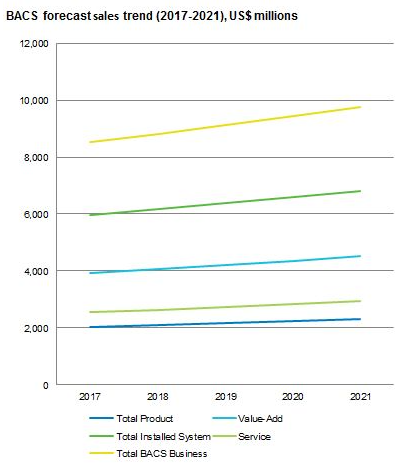 The general performance trend of the BACS industry has been closely related to the USA’s and Canada’s economy and construction. As USA’s BACS market accounts for 86% of North America, the effect of the USA is much stronger than that of Canada. So, looking at the overall picture, Canada’s slowdown in the last two years is less visible.

USA rebounded strongly from 2010, where recession and annual growth of the economy has generally oscillated within the range of 2-3%.

Overall, in the total market, the main drivers of growth are refurbishment and retrofit (not new construction) which benefit from a continued interest to invest in energy saving HVAC system upgrades. The US BACS market had cautious spending in 2016 due to the presidential election.

The value of DDC controllers was US$ 812 million, of which 63% are field level controllers; their share has been growing faster than the sometimes overcomplicated automation controllers. 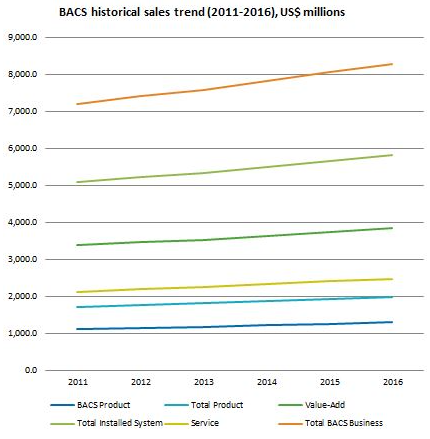 Zoltan said: “In terms of value, air-quality type (including CO2) is the most popular type of sensor in North America, accounting for 34% by value. This trend is due to the emphasis placed by companies on healthy living and increased productivity. Also it is policy driven as most states mandate legislation for air quality in schools and universities.”

Zoltan continued: “With the building automation segment continuing to grow in North America, there is an incentive for new players to enter the market in order to gain a share of this expanding business. This process is reinforced by the increasing trend towards integration of building automation and controls with other areas of smart technology, such as cloud-based monitoring management and smart homes. As one of the world’s largest markets for building automation, North America is a natural target for such activities.” 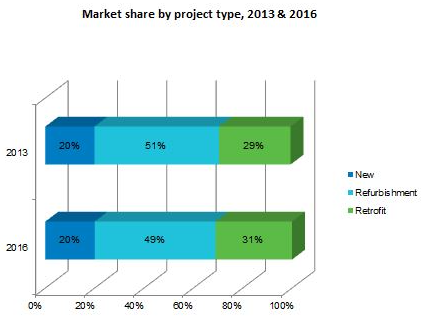 The purpose of the study was to provide a detailed quantitative and qualitative assessment of the current and future markets for intelligent control systems in non-residential buildings in North America.

Retrieved from "https://www.designingbuildings.co.uk/wiki/BACS_market_in_North_America"
Create an article