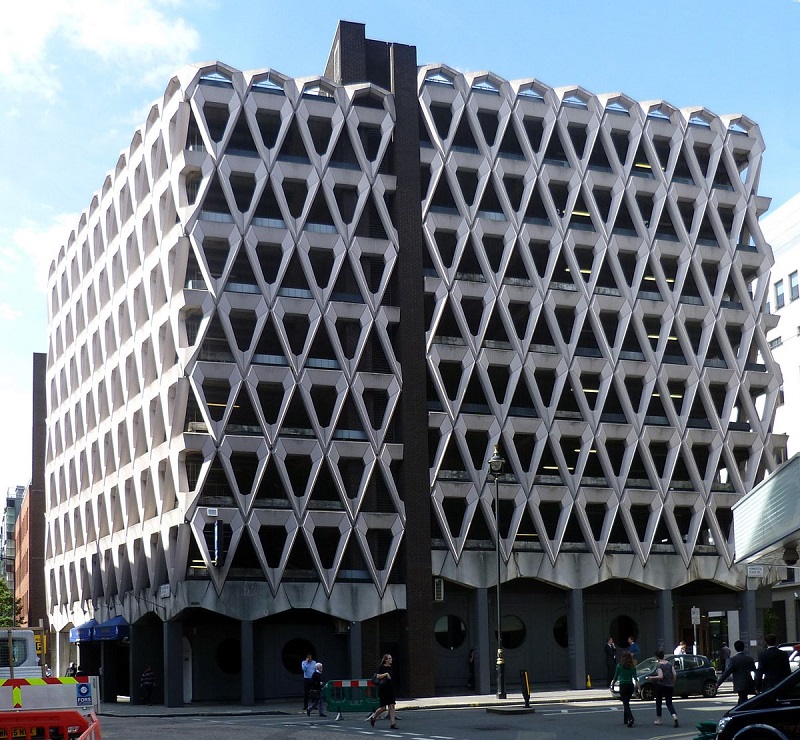 The car park was designed by Michael Blampied and Partners for the nearby Debenhams store and was completed in 1970. Its unusual design consists of a tessellated façade of prefabricated concrete polygons, the bottom point of each slotting alongside one of the corners of another.

The frame is open to the elements, acting like the radiator grill of a car in that it ventilates fumes from the interior.

Despite being seen as a Brutalist landmark in the city, the car park was denied listed status by Historic England in 2016. Although they described is as '...an exemplar of 1960s car parks’, Historic England said that ‘...it does not meet the very high bar for listing buildings of this date… The car park is not innovatory in terms of its structure and also exhibits flaws in its design.’ 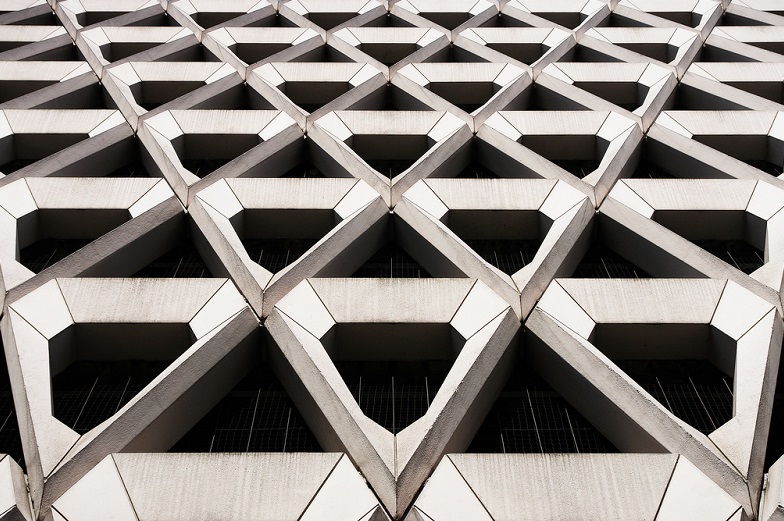 Shortly after listing was denied, it was sold to Shiva Hotels in a reported £100 million deal reflecting its lucrative site so close to the UK’s busiest commercial street.

In August 2017, it was announced that the car park would be demolished and replaced with a 10-storey hotel.

Consternation has been raised about the decision, with some continuing to argue the case for its architectural merit, such as Sam Jacob of FAT who has written: ‘…it is part of a small gang, a batch of buildings produced in a small window when car parks were treated as civic monuments, significant structures that expressed the modernity of the moment.’

Retrieved from "https://www.designingbuildings.co.uk/wiki/Welbeck_Street_car_park"
Create an article