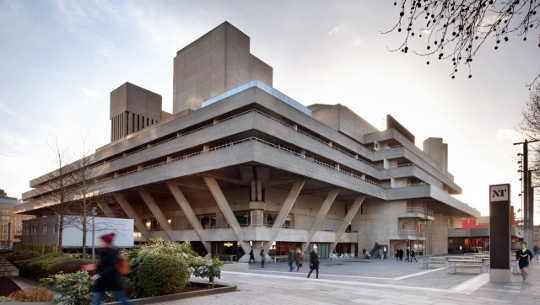 Designed by Denys Lasdun and completed in 1976, the National Theatre is one of London's best-known Brutalist buildings. It is also one of the most divisive, described by Prince Charles as like "a nuclear power station".

Standing on the South Bank of the Thames, the concrete building is formed by two fly towers rising from layered horizontal terraces cascading to river level. The design was based on Lasdun's ideas for 'architecture as urban landscape.'

The vast structure accommodates three theatres, the largest of which is capable of seating 1,160 people, as well as restaurants, bars, foyers, workshops and so on.

Lasdun was appointed as architect on the project in 1963, and although he had no prior experience in theatre design, he persuaded the board of directors and others to let him realise his singular vision.

He described the early design process as being evolutionary in nature, shaped through consultations. His intention was for the strata of the building – with interconnected walkways, split levels and circular stairwells - to merge with the South Bank, making it unclear where the theatre begins and ends.

The construction work was carried out by Sir Robert McAlpine. The rough-cast concrete surface of the theatre’s interior and exterior retains the imprints of the timber planks used as formwork. Lasdun said; "Concrete is a very intractable material, but it can be a beautiful material if it is used in the way its own nature intends it to be used... It is a sort of sculpture that you can only do with reinforced concrete, but you need to work to a certain scale... It is not a cosy little material."

In 1994, just 18 years after the building was completed and opened to the public,it was granted Grade II listing status. Despite this, it has remained a divisive addition to London’s architecture, being revered and derided in equal measure. 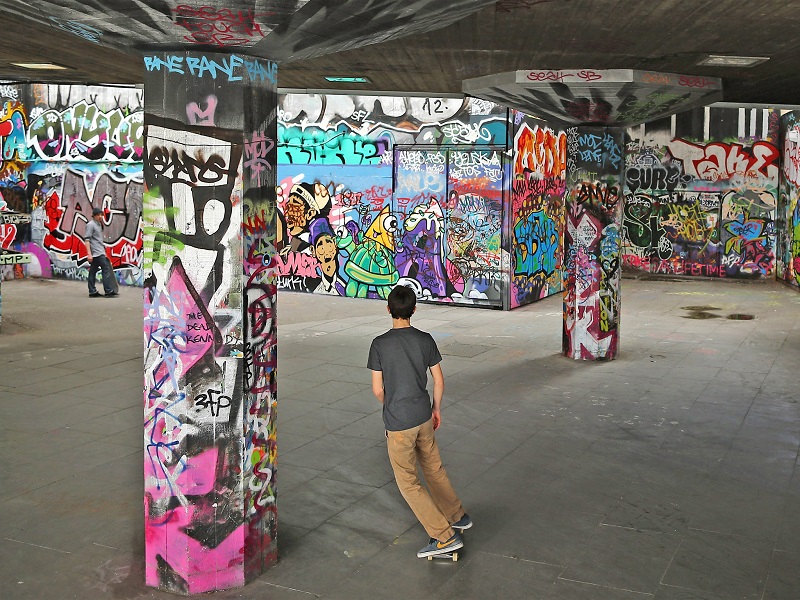 However, some opinions have evolved with time. Most notably, with regard to the skateboarders who adopted the terraces and undercrofts as a graffiti-strewn skate park. Often cited as evidence of the theatre’s failed architecture, in 2014-15 it was saved from redevelopment after a successful and high-profile campaign promoted it as being ‘one of the great spaces of London.

Retrieved from "https://www.designingbuildings.co.uk/wiki/National_Theatre"
Create an article