UTEP and the architecture of Bhutan

Western Texas may seem an odd place to experience outcrops of Bhutanese-inspired architecture, but this is what awaits visitors to the campus of the University of Texas at El Paso (UTEP). Set in an almost appropriate mountain scrub-like landscape, and with more sunny days annually than any US city, the situation is undoubtedly the best place to experience Bhutanese architecture outside of Bhutan. 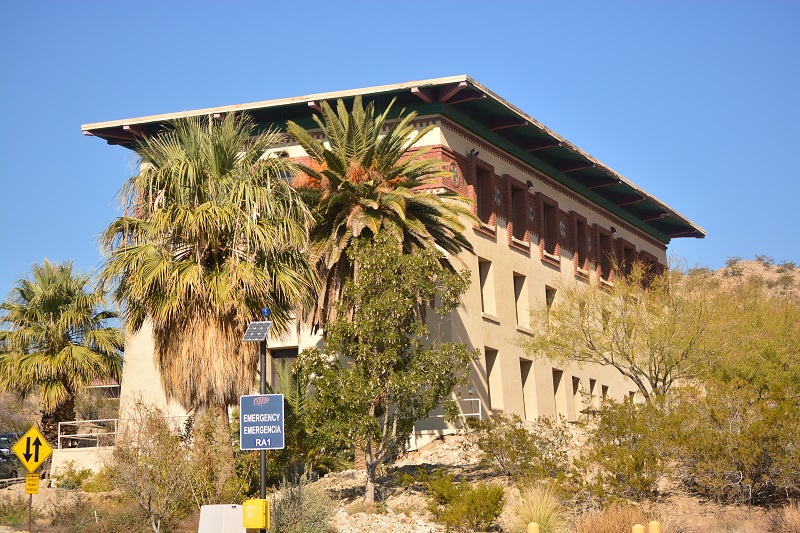 Practically all the many buildings on campus – whether student halls or faculty departments – display the striking architectural characteristics of a Himalayan mountain-top fortress. Massive battered (sloping) walls considerably thicker at the base than at the top, deep window reveals, overhanging eaves and dark bands of brick inset with mosaic-tiled mandalas (circular representations of the universe) create a unified, almost exotic environment that many campuses globally would be hard pushed to emulate. Earthy colours, red brick, and green and dark brown accents add a further dimension to the architecture which seems to be authenticated by the presence of the nearby Franklin Mountains. It all combines to create a stimulating environment both for learning and socialising. 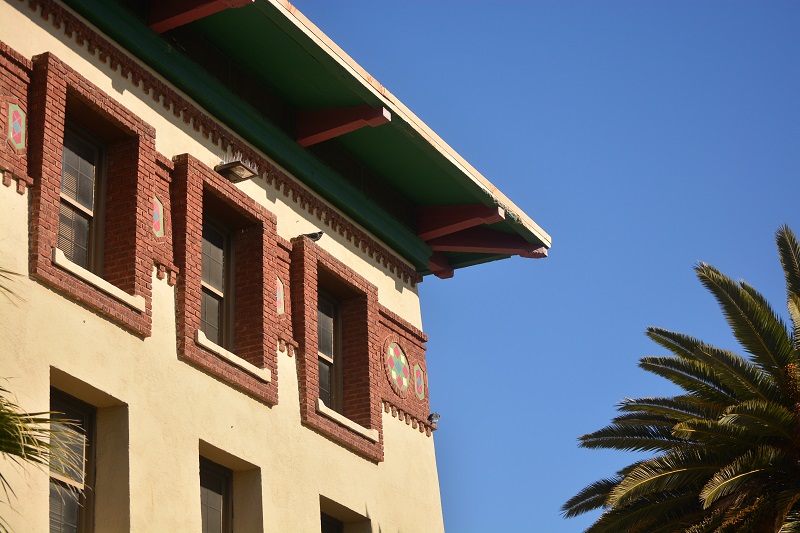 The Bhutan motifs are also seen in isolated and unconnected spots in some other parts of El Paso, including the local Hilton hotel, bus stations and car parks. Here they may be combined with local adobe motifs to form an architecture that is closer to the area’s traditions.

To understand why Bhutan architecture has been so influential on a campus in the south-west US, it is necessary to go back just over a century. The April 1914 issue of National Geographic magazine featured a photographic essay of a trip taken to Bhutan by John Claude White, a British political officer stationed in India. One of the many readers of the issue was Kathleen Worrell, a travel writer herself and the wife of the dean of the School of Mines. 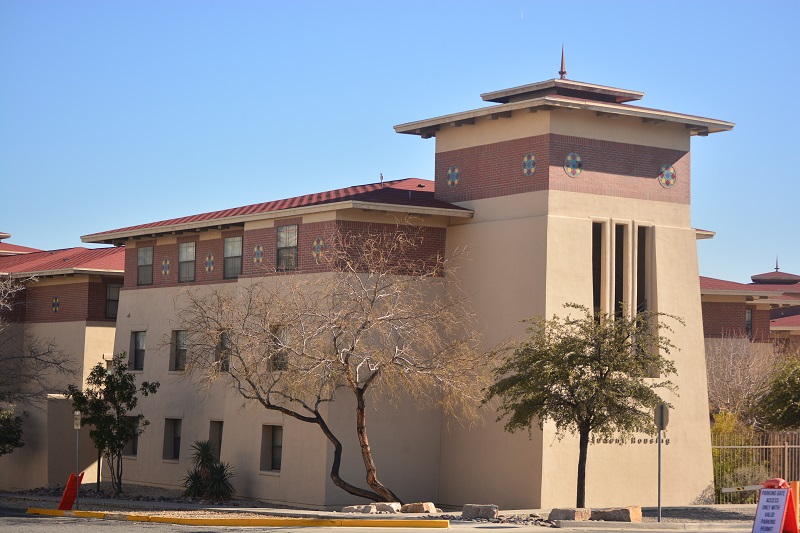 Legend has it that Worrell convinced her husband to adopt the Bhutanese style for a new faculty to be built as a replacement for one that had been destroyed in a fire. So persuasive were the pair that they not only managed to persuade the faculty, but in the process denied a local firm the chance to implement its designs for a more Western style of building.

Later, in the 1960s, according to the UTEP website, a faculty member wrote a letter to Bhutan seeking comments on the university’s architecture. The reply came back from a member of the Bhutanese royal family who found it “thrilling and deeply moving” that their country’s architecture should be adopted by a university in far-off America. This saw the beginning of an official relationship between UTEP and the Kingdom of Bhutan which continues to this day.

Retrieved from "https://www.designingbuildings.co.uk/wiki/UTEP_and_the_architecture_of_Bhutan"
Create an article