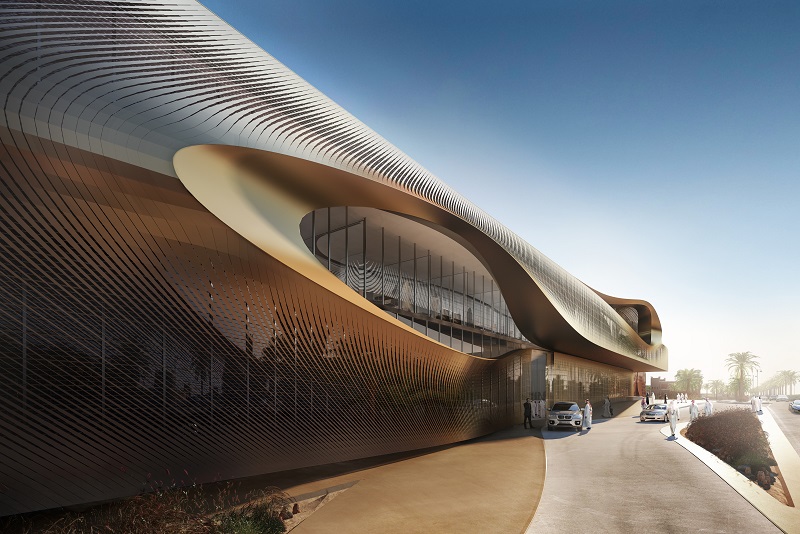 The 8,780m² head office of the Heritage Museum incorporates a permanent exhibition gallery, library, lecture hall, and other educational spaces, and establishes a scientific institution for conducting field research and documenting archaeological sites. 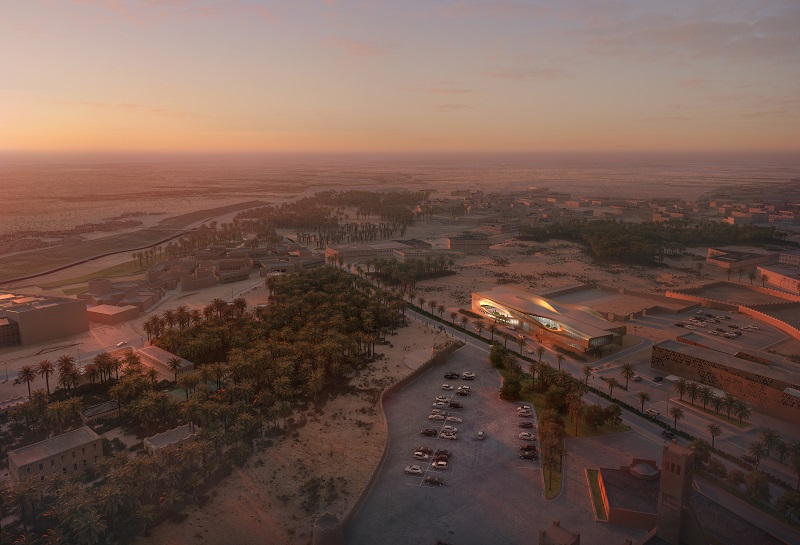 The design engages with its geographical and cultural context. An atrium with water at its core, around which the facilities are organised, is key to the concept, and this mirrors the waters of the rich and habitable oasis in the Wadi Hanifah valley. In addition, the design includes four ‘scooped’ green oases within its apparently solid facade. On closer inspection, the facade reveals a carefully-perforated outer skin that protects the interior from solar gain while maintaining visual connections with the natural surroundings. 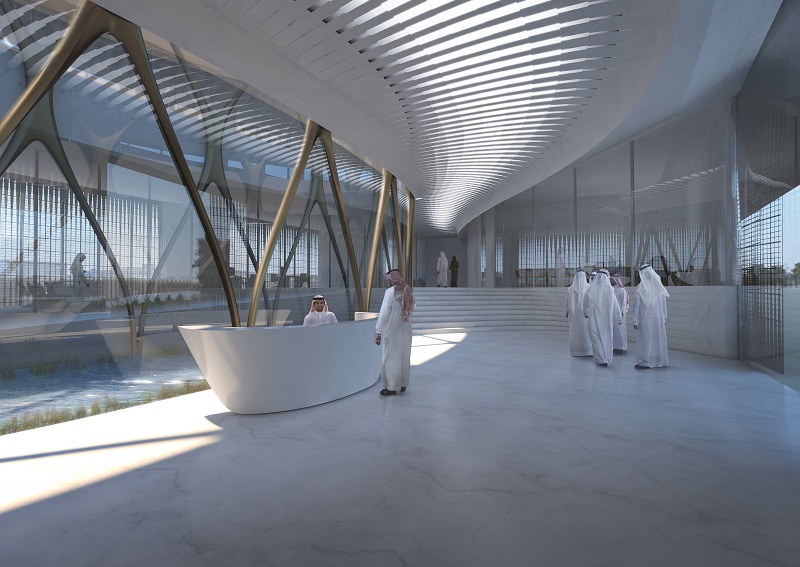 The design attempts to relate to Diriyah’s local vernacular; through a contemporary interpretation informed by the same natural forces that defined Diryah’s historical architecture. The preserved buildings of Diriyah’s historic centre use earthen construction with thick walls and small exterior openings for protection from the heat and sun. This is reinterpreted as a double-facade which creates apparent solidity from the outside while allowing natural light and views of the surroundings from the interior..

Diriyah’s UHAC continues ZHA’s longstanding commitment to the region over some 30 years of working on transformational projects. 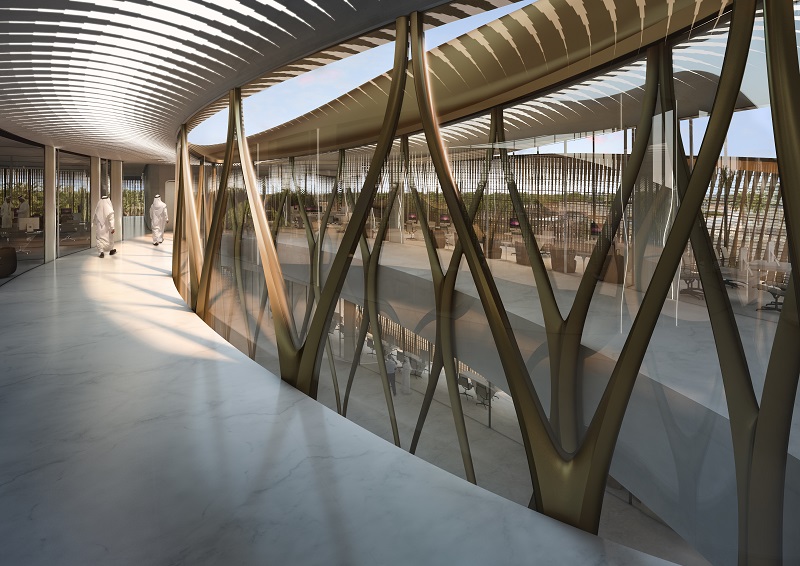 Retrieved from "https://www.designingbuildings.co.uk/wiki/UHAC,_Saudi_Arabia"
Create an article