The future of transport in the UK

In February 2018, ICE Thinks and WSP co-hosted a roundtable with representatives from across civil engineering, the automotive industry and government to discuss the future of transport in the UK – including the role of connected and autonomous vehicles. 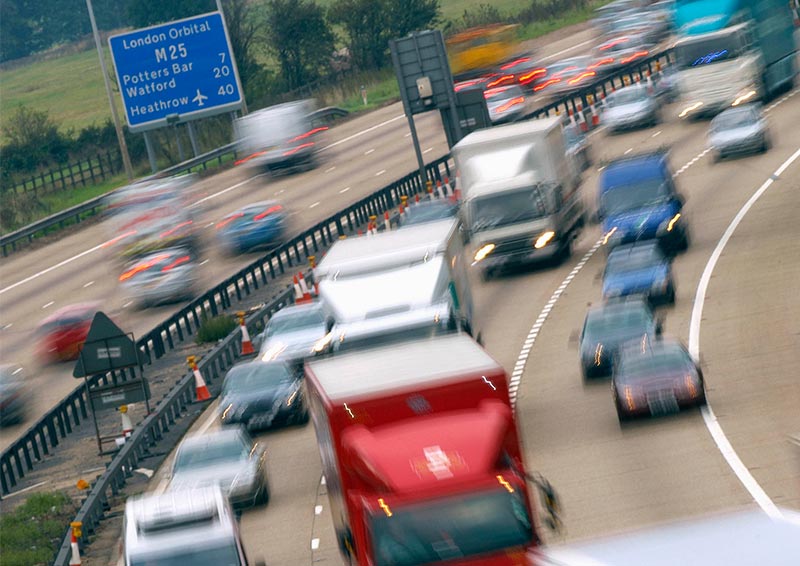 Whether it’s through connected and autonomous vehicles (CAVs), electric (EVs), or shared vehicles, mobility is going through a revolution . The government’s decision to champion this agenda provides a unique opportunity for the UK to be in the driving seat.

[edit] The role of data and information

How people will travel in the future will depend on information supplied. Greater use of real-time information will drive modal shift. More information also enables better transport planning choices. It was questioned whether transport planners are still the best people to make transport decisions. A better understanding of what people are travelling for is needed rather than additional capacity to accommodate ‘peak’ travel.

Attendees suggested that CAVs on the road will not necessarily result in lower congestion – it will be dependent upon load factor. For example, while Uber might reduce the number of private cars on the road, it’s possible that city congestion is increased by Uber drivers cruising for business.

[edit] How do we pay for our future roads?

Attendees saw a risk of ‘more stuff on the roads’, which may be inevitable without a constraining mechanism – such as road user charging.

Road user charging is politically difficult, in part because of the name. Road tax isn’t really being discussed – government needs to consider this. Road pricing needs definition in the context of EVs and CAVs. When we remove the negative impacts of combustion engines and non-autonomous vehicles (pollution/safety) does it still require some level of tax? If no or low tax do we risk increasing load on our infrastructure?

The public assume that private cars should continue, that they’ll continue using infrastructure as they always have and that they’ll pay as they have. We need to challenge this thinking. It is unclear that individuals really understand the full systems cost of transport.

Many vehicles are already leased rather than owned. The ‘mobility as a service’ model, to an extent, already exists. If we’re able to demonstrate costs of private transport then mobility as a service becomes a more attractive proposition. In the future BMW envisages selling journeys rather than cars. We’ll see a mixed ownership model but will also see new entrants to the market.

The freight industry understands costs better than the individual. If we can reduce 15% peak freight movement then this will change behaviours. Night freight and automation will change how we provide freight. To reduce peak traffic could we better enable last-mile freight at night and compensate those impacted by night deliveries?

[edit] The need for leadership

We need to set the right framework to enable this in the UK. A combination of incentives and ‘nudge’ tactics can realise this. An automotive council setting a vision, planning a path, and setting the right incentives, will be part of this. The role of government is about avoiding missed opportunities and creating a permissive regulatory environment.

Markets exist because of the state and it has a duty to ensure we don’t miss opportunities. Government has to create rights for new technological environments – i.e. digital space. Primary powers will need to be devolved to regulators which while a democratic issue it is not insurmountable.

Local authorities (LAs) have a role in this too. While government sets the agenda and industry delivers the technology LAs will have to deal with the roll-out and public acceptability point too. However, LAs are also empowered to make bold transport decisions. The Spanish city of Seville made a decision to invest heavily in cycling infrastructure, in spite of low previous cycling. Now it’s heavily used. This was a local decision.

Nissan are running a car sharing pilot in Paris. It’s still an ownership model but it’s different from BMW. New models are arising. Paris transport authorities are encouraging EVs/sharing/traffic exclusions – minimising traffic, so see this as part of that programme.

Ultimately uptake and enabling of new transport technologies comes down to: what, why and how? ‘What’ is about what products enter the market, which is for the manufacturers to address. Changing social and economic outcomes is about the ‘why?’

We need to ask ourselves why things need to change, what problems we want to solve, and we need to get that right.

This article was originally published here on 20th March 2018 by ICE. It was written by Kelly Forbes.

Retrieved from "https://www.designingbuildings.co.uk/wiki/The_future_of_transport_in_the_UK"
Create an article