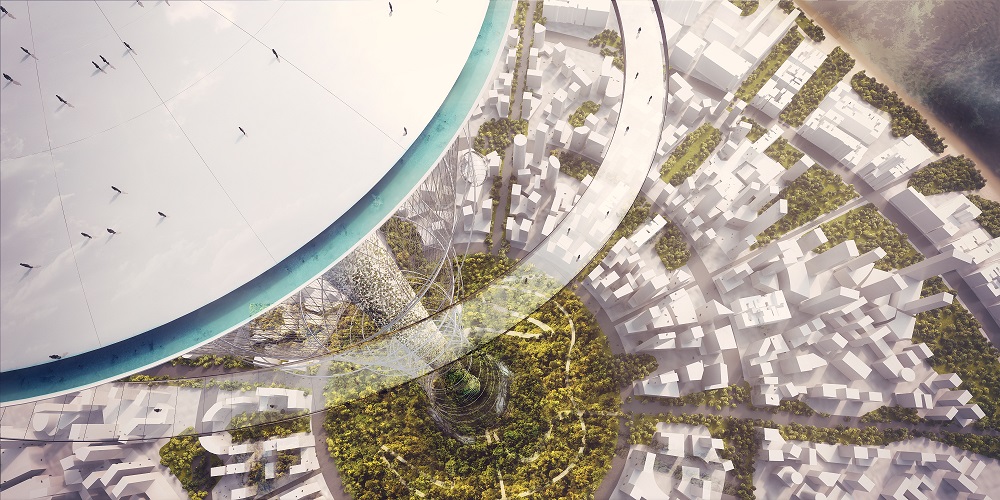 At Cannes’ MIPIM real estate fair on March 16th 2016, the design for The Mile will be presented, a one-mile high vertical park and observation deck.

At a proposed height of one mile (1,609 m) it will be the world’s highest man-made construction, around twice the height of Dubai’s Burj Khalifa and taller than the under-construction Jeddah Tower which plans to be around 1 km in height.

The Mile has been developed for an undisclosed client by Carlo Ratti Associati, a design and innovation practice based in Turin, together with German engineering firm schlaich bergermann partner, one of the world’s leading structural engineering offices, and British digital design studio Atmos.

Topped by a publicly-accessible observation deck, from base to apex the structure will offer a natural ecosystem, covered by plants and greenery,inhabited by hundreds of animal species, with a delicate latticework of transportation lines.

The developers believe that the tourist revenue potential of the project is considerable, with the visitor's experience of the Vertical Park both varied and engaging. The ascent to the different observation decks will incorporate orbiting sculptural capsules, which can host meetings, dinners, concerts, or even pools – allowing people to inhabit the sky in many different and exciting ways. The capsules will also be equipped with open-air Virtual Reality screens, for visitors to interact with the 360-degree view.

“Imagine you take New York’s Central Park, turn it vertical, roll it and twirl it”, says Professor Carlo Ratti, founder of the design office CRA and Director of the MIT Senseable City Lab.

To achieve the exceptional height of The Mile, an engineering study was developed to develop a groundbreaking lightweight structure, based on a structural, 20 m-wide shaft, kept in compression and secured through a net of pre-stressed cables. All around the shaft, a series of orbiting capsules will allow visitors to gradually ascend to the top, enjoying the spectacular panorama at different speeds and approaches. 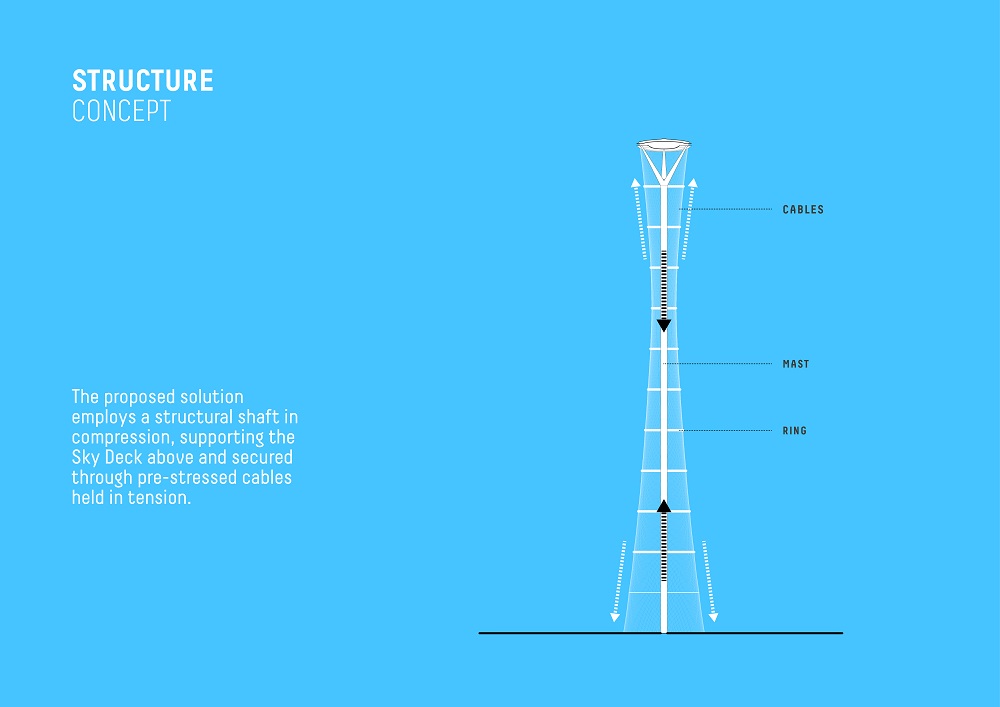 “Following the example of the 1972 Munich Olympic complex, engineered by Joerg Schlaich and Rudolf Bergermann, which pushed the boundaries of the possible and became a milestone in architectural history, the structural concept for The Mile is technically feasible because of its consequent and uncompromised light-weight approach.

“The architectural form and the spatial equilibrium of forces become one and the same thing. On the one hand, this leads to an optimised usage of high-grade materials. On the other hand, the structural form and load paths become intuitively comprehensible by every spectator”. 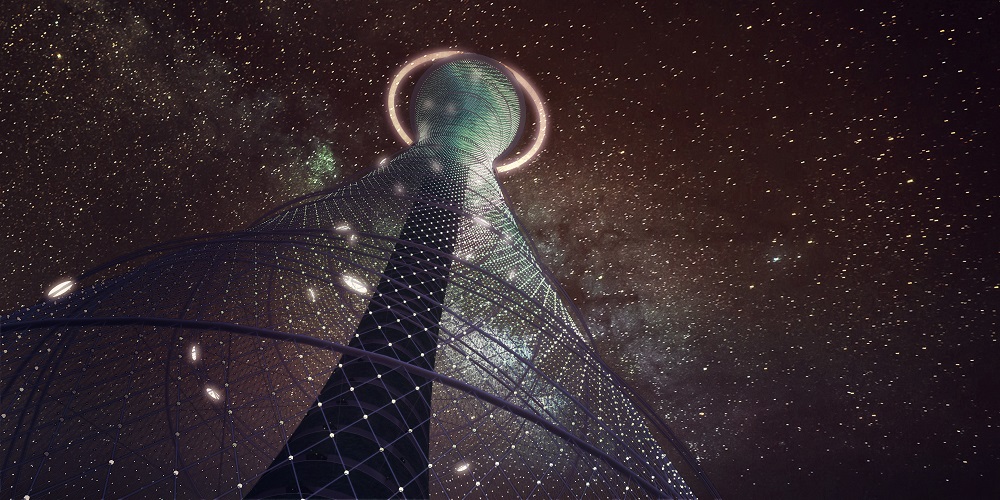 You can find out more about The Mile project here.

Retrieved from "https://www.designingbuildings.co.uk/wiki/The_Mile_vertical_park"
Create an article