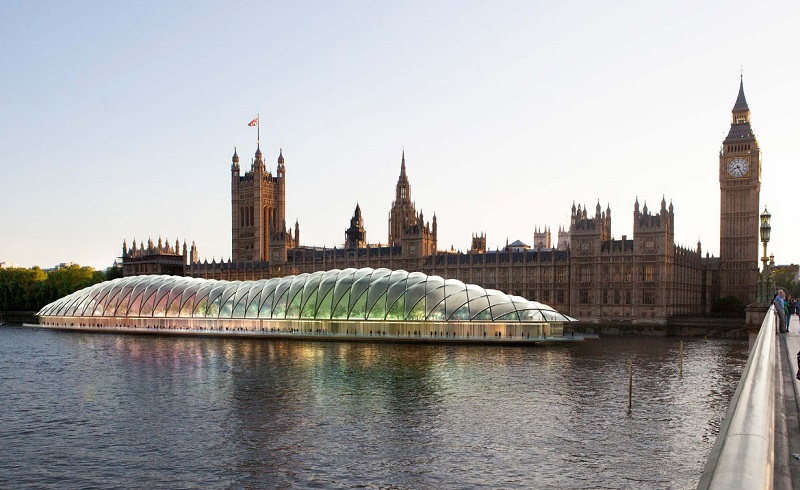 The Palace of Westminster is facing an urgent full-scale refurbishment which could see Parliament needing to be moved out of the building for up to six years while works are carried out.

Gensler have proposed a modular ‘floating’ structure which could be positioned on the River Thames outside the Palace, thereby providing flexibility and security. The plan, they say, would save the British taxpayer £1.8 billion in relocation fees. 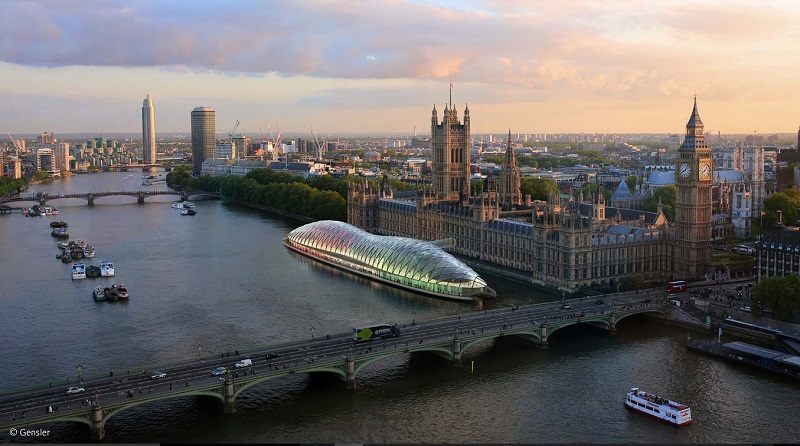 The principle components of the current Houses of Parliament are all accommodated within Gensler’s design, including the two Chambers and supporting Committee Rooms. A dedicated new entrance would be located on the Palace’s south side, adjacent to Victoria Tower Gardens.

Gensler claim their concept ‘overcomes some of the initial concerns about a river location by ensuring the structure does not interrupt the navigable channel along the centre of the river.’

The 250 m-long structure would be built on a series of steel platforms, with a high-tech timber-framed structure covering 8,600 sq. m providing necessary environmental and acoustic containment. The modular structure could be built in UK shipyards, ‘in less than 3 years’, and floated along the Thames before being secured and assembled in place. 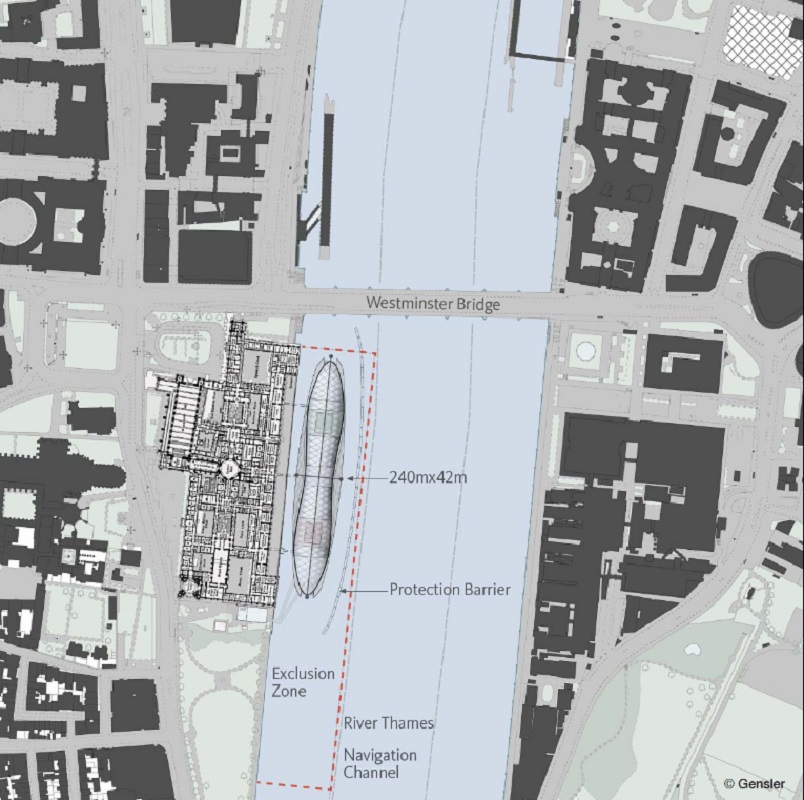 Ian Mulcahey, Managing Director at Gensler, said: “The concept provides a simple solution to what is a very complex problem. The challenge has been to find a location that enables all the key components of Parliament to be located together in close proximity to the wider Government estate in Whitehall. The objective has been to minimise disruption and reduce the cost of the refurbishment to the taxpayer.

“The Palace of Westminster is one of the most important symbols of democracy in the world. This scheme provides a powerful expression of continuity and reinforces the UK’s world-leading creative expertise.”

Retrieved from "https://www.designingbuildings.co.uk/wiki/Temporary_UK_Parliament_concept"
Create an article