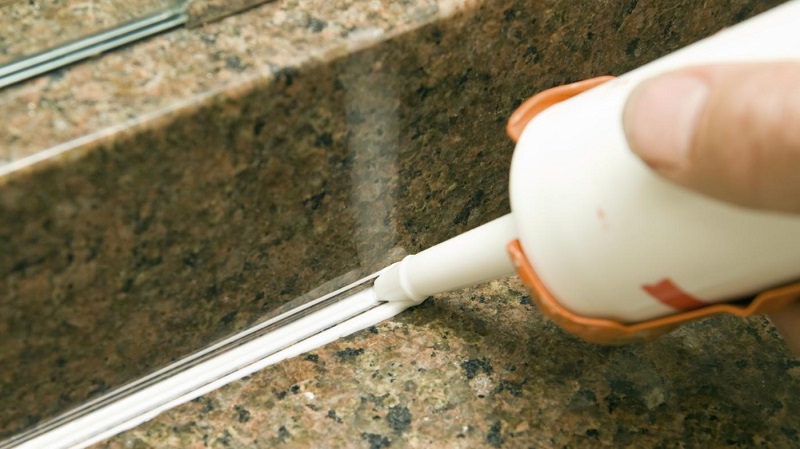 Sealants are used in construction to prevent fluids and other substances from passing through material surfaces, joints, or openings. They can also prevent the passage of air, sound, dust, insects, and so on, as well as acting as a firestopping component.

Sealants are typically used to close openings between spaces that are too small for other materials such as concrete, timber or mortar to be used. They have a wide range of properties in terms of strength, flexibility, appearance permanence, solubility, corrosion resistance, and so on.

While some sealants have adhesive qualities, they differ from conventional adhesives in that they tend to have lower strength and higher elongation. This means that they can be used more flexibly between substrates with different properties.

Historically, materials such as plant resins, mud, grass and reeds were used as sealants. Glazing putty was first used in the 17th century as a means of sealing window glass into the panes. Sealants were first chemically manufactured in the 1920s, in the form of acrylic, butyl and silicone polymers. Synthetic-polymer-based sealants became widely available for use in construction by the 1960s.

The three basic functions of a sealant are as follows:

These functions can be achieved by matching the most suitable sealant to the substrate materials, i.e. one that will have adequate bonding properties and be flexible enough to tolerate anticipated movement, and so on.

Sealants may have a high viscosity, meaning that they do not flow from where they are applied, or a low viscosity, allowing them to penetrate into a substrate. Anaerobic acrylic sealants are able to cure in the absence of air, whereas surface sealants require air to cure.

Some of the most common types of sealants include:

Sealants are typically applied using a caulk gun with a plunger mechanism. Some of the variations include:

In certain circumstances, soldering or welding can be used as alternatives to sealants, although these involve more complex techniques.