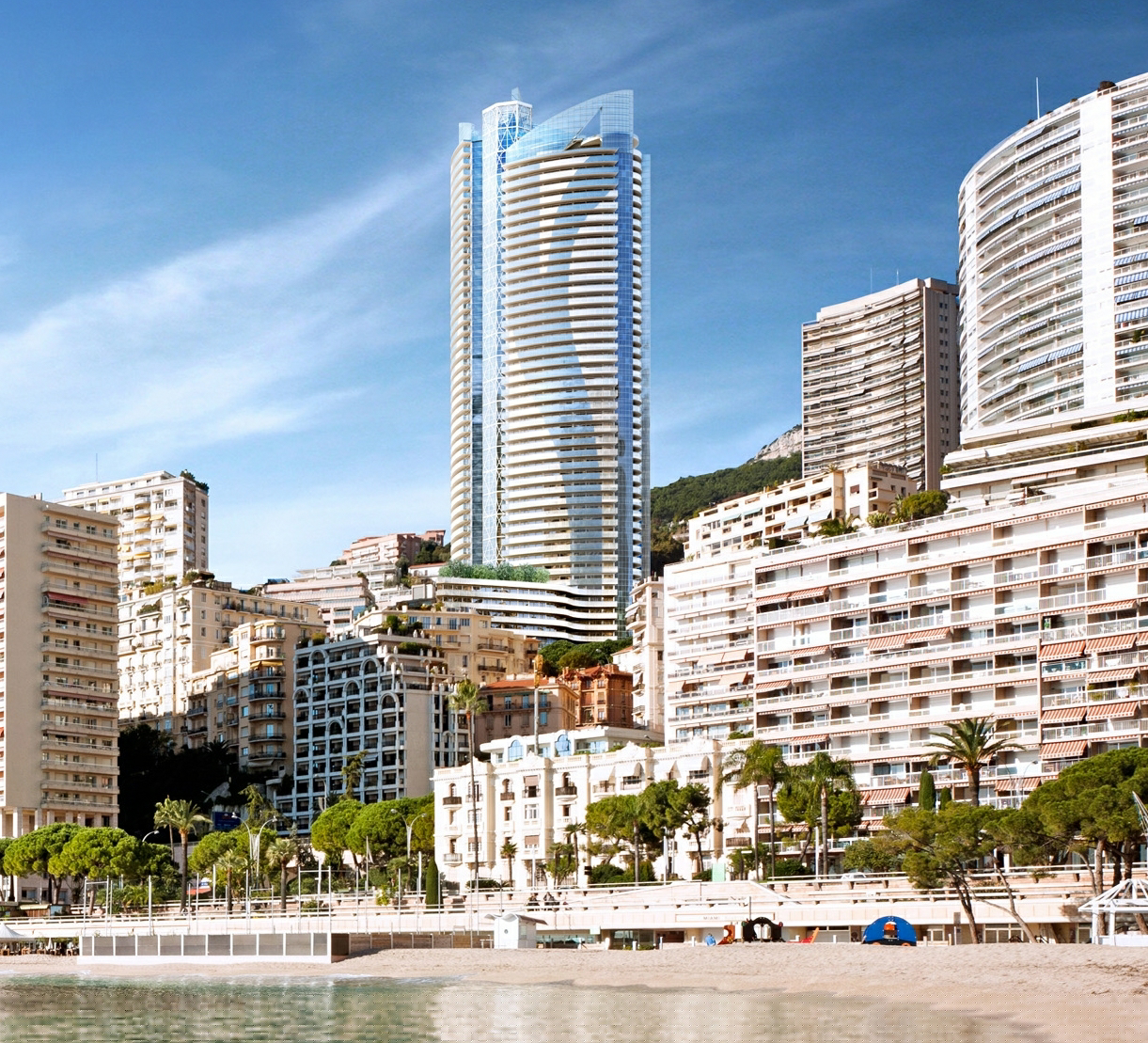 The Odeon Tower is a double-skyscraper in the Principality of Monaco. Launched in 2009, it was the first high-rise in the city-state to be built since the 1980s - high constructions had been abandoned due to aesthetic concerns and criticism of overdevelopment in the principality.

At 170 metres high, Odeon Tower (in French; Tour Odéon) on its completion was the second tallest building on Europe's Mediterranean coast, after Gran Hotel Bali (186m) in Benidorm, Spain. Had Odeon Tower [1] been built in neighbouring France, it would have been among that country's 10 highest buildings.

The project from Groupe Marzocco was considered by some to be an important renewal of economic development for the second-smallest country in the world. Its construction was launched in the middle of the economic crisis in 2009. The building was inaugurated in April 2015.

At the end of the 1980s, Prince Rainier III decided to stop building high rises in Monaco, following the construction of some controversial projects. In 2008 his son, Prince Albert II, decided to abandon a polder project, judged as too expensive and too dangerous for surrounding sea life, and to build a new high-rise and reformed polder project instead. Both the complex's design and construction were subject to validation by the Urbanism Department of the Principality, and the Prince of Monaco himself.

The construction of the main high-rise was finally voted by the Monegasque Parliament, the National Council, on February 12, 2009.

Retrieved from "https://www.designingbuildings.co.uk/wiki/Odeon_Tower"
Create an article