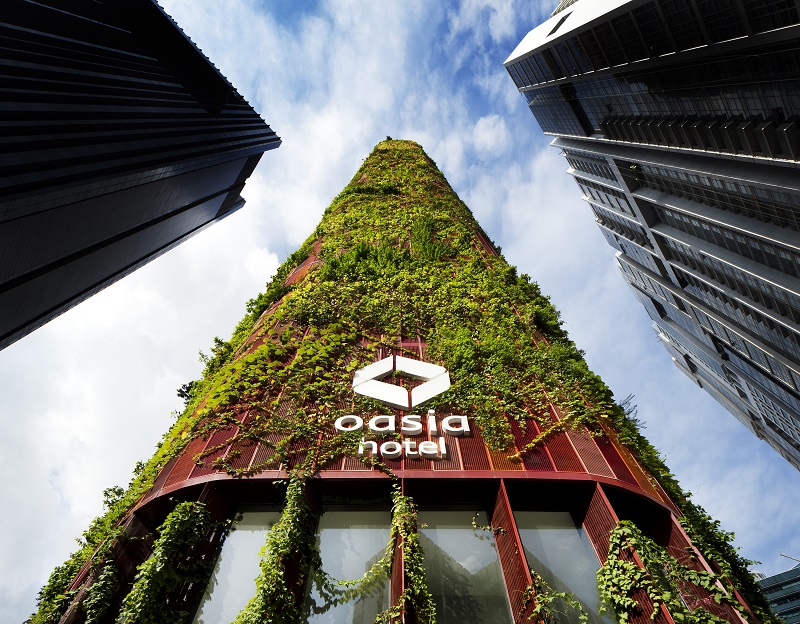 In December 2016, a new verdant tower of green was completed in Singapore's financial centre.

Oasia Hotel Downtown was designed by WOHA Architects and has been used as a prototype of land use intensification for the urban tropics; presenting an alternative to the sleek skyscrapers of the west.

In June 2018, the Council on Tall Building and Urban Habitat (CTBUH) gave the 16th annual Best Tall Building Worldwide award to the Oasia Hotel Downtown. Beating 48 finalists from 28 countries, the tower was chosen by a panel of architects, judged against every aspect of performance.

Antony Wood, Executive Director and Awards Juror at CTBUH said; "This project won not only because it incorporates 60 stories of green walls along the exterior, but because of its significant commitment to communal space. The tower has given over 40% of its column to open air communal terraces in the sky." 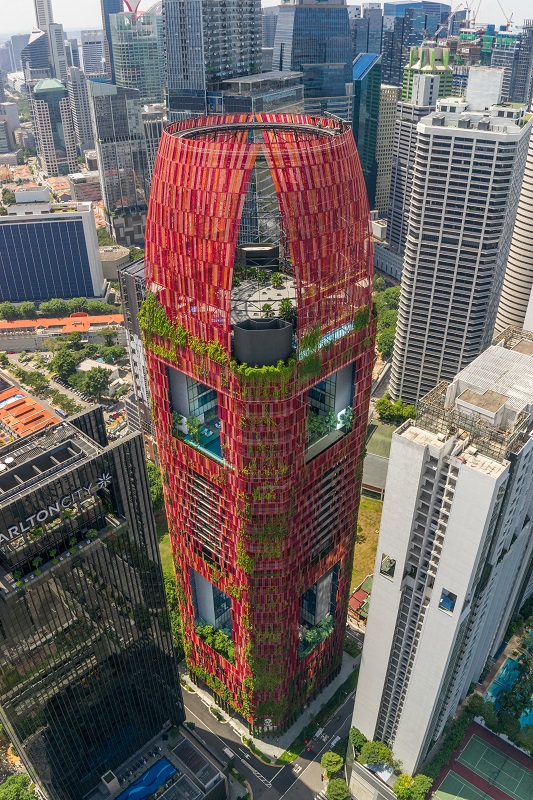 WOHA created a series of different strata, each with its own sky garden, allowing for recreational and social areas throughout the high-rise. Each sky garden is sheltered at high level by the one preceding it, with open sides for formal and visual transparency, and to allow cross-ventilation. 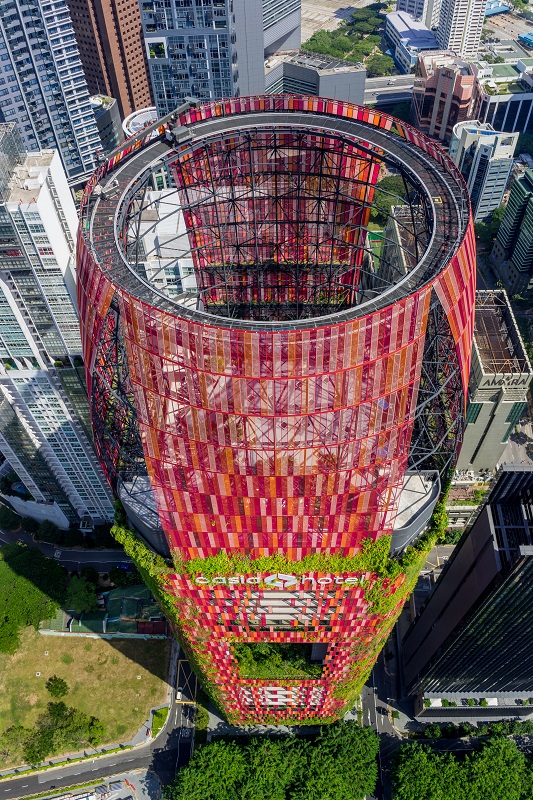 Landscaping forms a major part of the tower's aesthetic, used extensively as an architectural surface treatment. It achieves a Green Plot Ratio of 1,100%, and aims to become a 'haven for birds and animals', encouraging the return of biodiversity into a dense urban space. 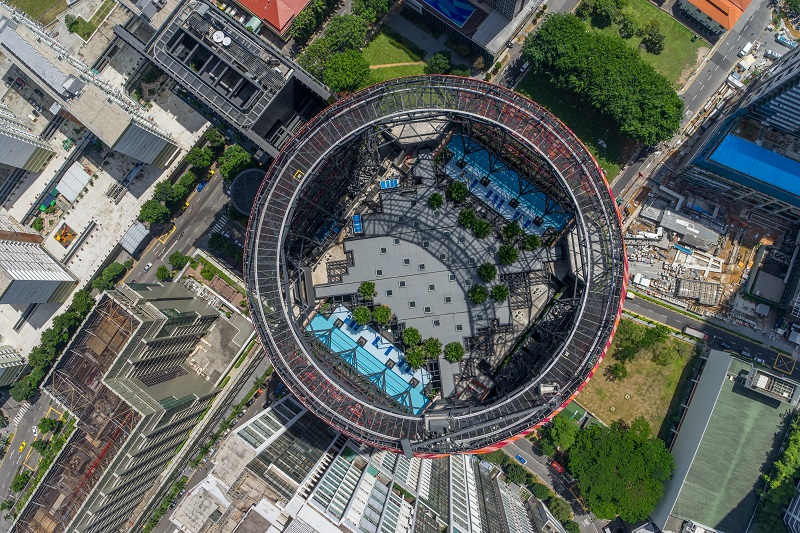 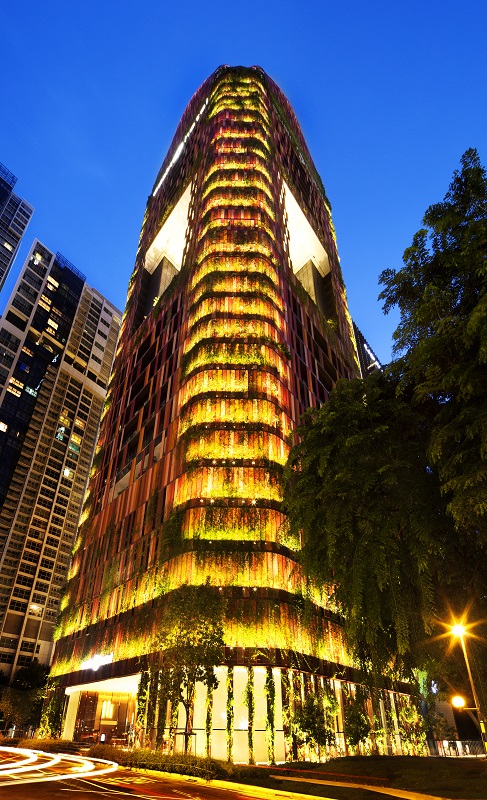 The building incorporates 21 different species of 'creepers', with colourful flowers and greenery forming a mosaic on the red aluminium mesh cladding. Instead of a flat roof, the skyscraper is topped by a tropical circular bower. 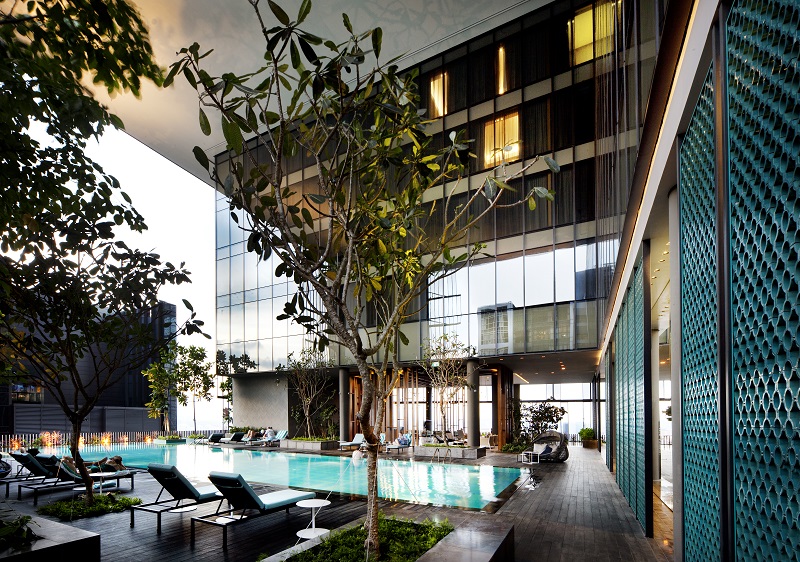 Retrieved from "https://www.designingbuildings.co.uk/wiki/Oasia_Hotel_Downtown,_Singapore"
Create an article