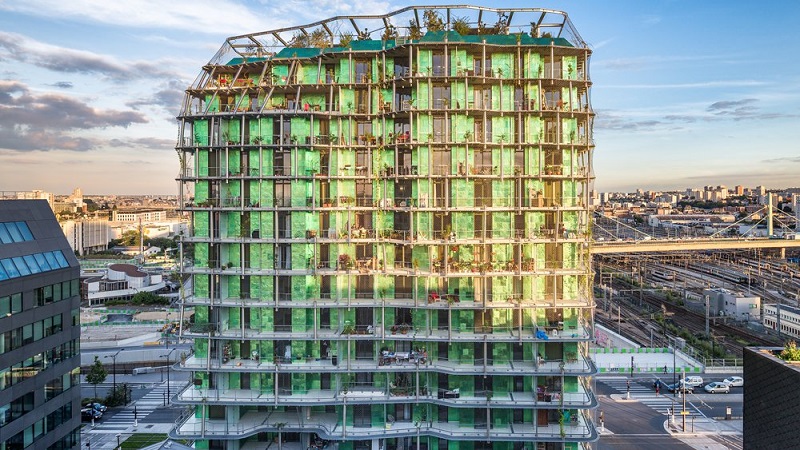 Located on the southern bank of the River Seine, plants grow up the exterior of the tower, and are intended to spread seeds across the city. The project plans to show that plant and animal life can be incorporated effectively into high-rise structures to form environmentally-friendly cities. 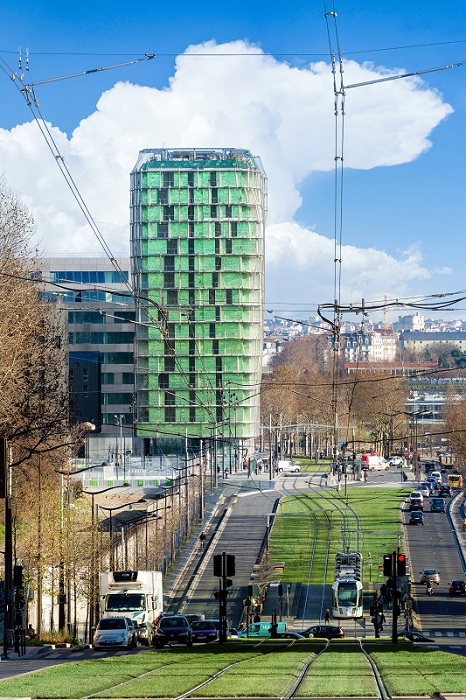 The 16-storey, 50 m-high tower, benefs from an exemption to Paris' 37 m building height restriction, and continues on from MEF's previous plant-covered architecture projects.

The facade consists of a double skin - the outer layer comprising stainless steel netting that acts as a climbing frame for plants. The mesh extends up and over the roof of the building and a rooftop garden. The idea is that seeds will be spread from the building when the wind blows. 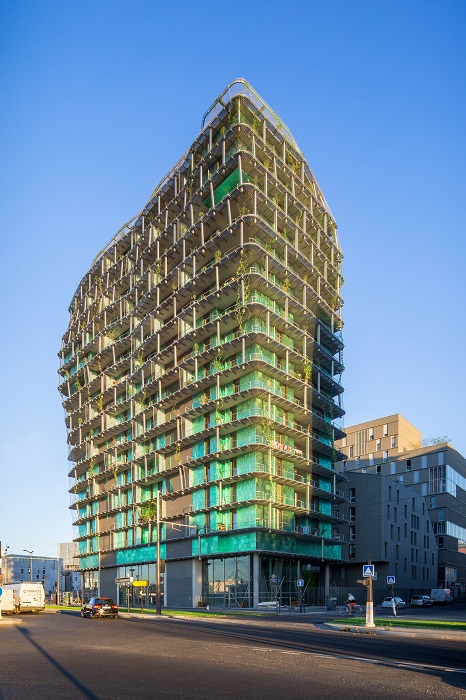 Recyclable green titanium panels make up the inner layer, and give the tower a shimmering 'beacon-like' appearance when hit by the sun. The green colour is intended to provide a moss-like aesthetic.

Balconies positioned between the two facade layers wrap around the entire building, creating a curved outline.

Exposed concrete inside the stairwells and hallways is offset by vibrant paintwork and lighting.

"In France, 'village' urbanism seems to be adamantly resisting the vertical city, without truly considering its potential. One of the objectives of our project is to quell these hesitations. Covered with plants from wild natural areas, our tower is a tool for seeding: it allows the wind to spread class-one purebred seeds into the urban environment."

MEF's environmental strategy for the project over the next 20 years doesn't stop at climbing vines, they expect to see conifer and oak trees growing on site as well. 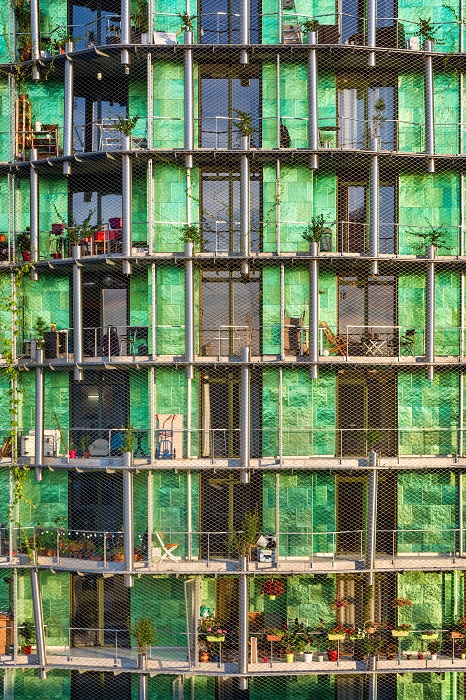 Retrieved from "https://www.designingbuildings.co.uk/wiki/M6B2_Tower_of_Biodiversity"
Create an article