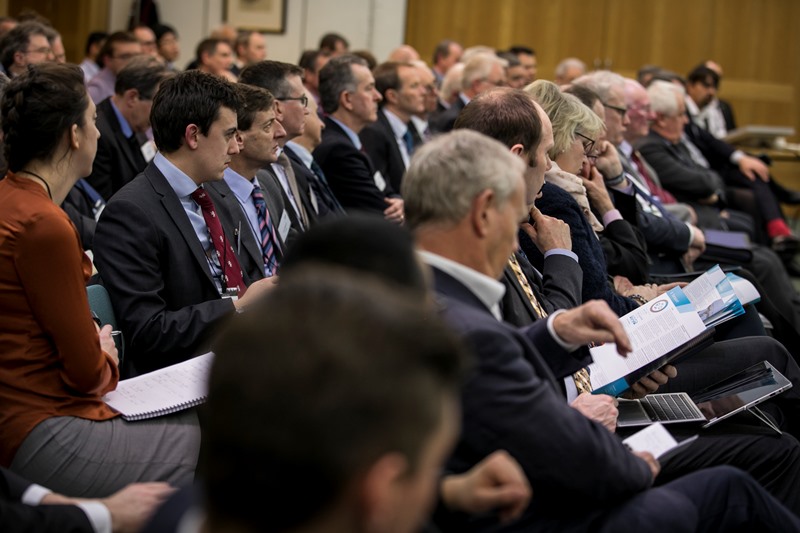 At an ICE discussion in Parliament in February 2018, the focus was on delivering a Northern Infrastructure Strategy based on opportunity for all.

Unlocking the economic potential of the North of England through investment, skills development and modern infrastructure in a devolved setting remains a key goal both for policy makers in the North and for ICE.

Local communities have the best understanding of their local transport, energy, housing and utility needs. Giving the North the power to take control of its development remains fundamental to ensuring the region closes the productivity and skills gap with the rest of the UK and becomes a leader both at home and abroad.

Joining the panel were Chi Onwurah MP, shadow minister for the Department for Business, Energy and Industrial Strategy, Richard Threlfall, global head of infrastructure at KPMG and chair of ICE’s Northern Powerhouse steering group, Steve Gillingham from the Northern Powerhouse Partnership and Jonathan Spruce representing Transport for the North (TfN).

TfN is set to become the first regional transport authority outside London to become a statutory body following calls from ICE at the last budget.

There was broad consensus for the North to speak as one voice to reverse decades of under investment.

The panel noted the lack of a coherent transport network as a major hurdle. The arrival of HS2 to Manchester and Leeds will help to link up metropolitan centres but many intercity journeys equivalent to the length of the Northern Line can take significantly longer than they would elsewhere.

This transport disconnect reduces productivity and makes it difficult for people to find work. 58% of technology companies in the North report that recruiting necessary talent is becoming a real challenge with relocation often necessary.

Members raised the question of skills as another critical factor. The North has a skills gap of 16% compared to the rest of the UK in the built environment sector.

Ensuring people have opportunities to study, learn and work in their home region can be achieved through linking universities and further education with industry and coordinating lifelong learning.

There was agreement that there is a need for a joined up approach to spatial planning across the North, to guide and coordinate infrastructure development to create balanced growth and increase productivity but the question must move on from collective will to collective action.

ICE believes this should take the form of a Council for the North – bringing public sector representatives and businesses together to link up the region and articulate an aspiration for both strong political will and independence of action through true fiscal devolution.

The North needs powers to fund growth through revenue raising and borrowing, confidence from industry to encourage private investment and successive governments in London willing to commit to and maintain long-term development.

An aspirant Northern Powerhouse is affordable and achievable. TfN believes an equivalent investment worth £50 a year per person until 2030 will deliver 800,000 new jobs and generate £100bn in additional growth.

By linking up centres of manufacture such as Sheffield, centres of energy in Cumbria, unlocking renewable energy potential and putting cities at the forefront of new technologies such as autonomous vehicles, opportunities can be built, lives can be improved and prosperity increased.

Rounding up the debate Dr Smallman seized on the need to create opportunity as the North’s pitch for the future.

Alongside good governance, bringing communities and business together and developing skills for the future, a Northern Infrastructure Strategy will create a a Northern Powerhouse confident in itself and an example to the world.

This article was originally published here on 8 February 2018 by ICE. It was written by Martin Shapland, ICE Policy Manager.

Retrieved from "https://www.designingbuildings.co.uk/wiki/Northern_Powerhouse_discussion"
Create an article