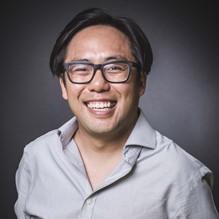 Association for Project Management (APM) is proud to announce that Robin Kwong, New Formats Editor at The Wall Street Journal, has been named as its latest Honorary Fellow.

Prior to joining the Wall Street Journal in 2019, Robin spent 13 years with the Financial Times in reporting, editing and senior management roles. Robin also is the creator of the Uber Game, an award-winning online simulation news game, and co-founder of the Contemporary Narratives Lab, which facilitates projects that seeks to create artist-journalist collaborations.

[edit] What was your reaction to being named as an Honorary Fellow of APM?

“I was excited and felt very honoured to be named. I became interested in project management because I wanted to help people work better together. But since project management was not well-established within journalism, I always felt that I had to chart my own path and find my own way to become a better project manager. I therefore feel very privileged to be welcomed into the broader professional community and recognised in this way.”

[edit] You began your career as a reporter. How and why did you transition to digital delivery and innovation?

“A traditional print newsroom is a factory where well-established infrastructures and deeply-honed processes keep everything working at a high speed and a high volume. A reporter can focus just on the words for his or her article, and trust that the system would turn all the words into newspapers delivered to readers’ front doors by the next morning. The internet changed all that. Suddenly, digital journalism required cross-disciplinary teams to collaborate with no established playbook and, often, no common language. Experiments and projects abounded as technology opened up new ways to do journalism and connect with more diverse audiences. I saw project management as a force multiplier and well-run projects to be the only way to develop new best practices and processes.”

[edit] What skills from your time as a reporter have supported you as your career developed?

“Reporters have to listen and ask probing questions to understand the situation or event they’re writing about. They have to be unafraid to ask the ‘dumb questions’, and to decode jargon when they’re talking to experts. They then need to effectively communicate what they learnt to readers through their writing. They have to anticipate readers’ questions and explain the relevance and importance of the subject matter. All of these skills have direct relevance to project planning and delivery.”

[edit] How have projects influenced the current media landscape?

“Media organisations have had to adapt to simultaneous overhauls in business model (from advertising to subscription), customer habits (from print to computers to mobile), and competitors (from other newspapers to Netflix, Facebook and Tiktok). Project-oriented ways of working help by giving news organisations the flexibility and adaptability needed to survive these seismic changes. Instead of a factory mindset, they can workshop new ideas, explore and innovate. This applies to editorial formats (i.e. the rise of data journalism or interactive news applications) as well as business practices (i.e. developing metered paywalls).

[edit] What kind of projects excite you?

“I’m particularly excited about projects that bring artists and journalists together (and in fact I’m a co-founder of the Contemporary Narratives Lab, which attempts to do just that). I believe that artists and journalists working with local communities could discover new ways to reconstruct civic spaces for dialogue and meet people’s information needs which will, in turn, reduce polarisation and preserve democracy.

“Some examples of this work include the Oakland Lowdown studio in California and the Rhizome Online Festival produced by Talk Media in Canada.”

[edit] Is the diversity and value of project work properly understood within the media ?

In the UK, projects form a key part of the Levelling Up agenda. In your view, is the diversity and value of project work properly understood within the media, and can the media help raise public awareness of this?

“There’s still a long way to go. Projects are generally reported upon when they go wrong, or over budget. Meanwhile, many impressive accomplishments (the COVID-19 vaccine rollout, for example) are not necessarily thought of as projects. The media can help to a degree, but it’s also human nature to be more concerned with the outcomes rather than the path taken to get there.

“As the UK government attempts to address regional inequalities through the Levelling Up programme, the demands for people who are professionals at facilitating collaboration, ensuring timely delivery, and are effective communicators will grow across many different industries. I believe that APM has a key role to play in both democratising these skills and professionalising the discipline of project management in industries, like the media, that don’t have this tradition.”

This article first appeared on the Association for Project Management website as "Q&A with APM’s newest Honorary Fellow, Robin Kwong" on June 8 2022.

Retrieved from "https://www.designingbuildings.co.uk/wiki/Interview_with_APM_Honorary_Fellow,_Robin_Kwong"
Create an article