Researchers at TU Wien University have been able to develop a new system to create an inflatable concrete structure with much fewer resources than ever before.

The use of concrete stems back thousands of years to when ancient civilisations built magnificent structures with it. Its usefulness has withstood the test of time and has proven itself worthy as an integral component of modern-day construction.

Once hardened, concrete can resist compressive forces that reach and exceed 4000 - 10,000 PSI, depending on the application and purpose. However, concrete can’t withstand flexion and altercation once it’s hardened. Therefore, it must be poured in its final shape.

Current constructions involving concrete rely on wooden frames and other support systems to contain concrete as it cures. The process is excellent for constructing vertical structures, however, not all buildings are like that.

Curved concrete shells are impeccably strong and efficient, but, the process of making requires large amounts of resources and planning. Even the formwork that only contains the wet concrete needs excessive amounts of material to be built. While the structures are incredibly efficient, the construction process is not.

The good news is that researchers at the TU Wien university have now developed (2017) a method to inflate already hardened concrete into curved domes.

The process called 'Pneumatic Forming of Hardened Concrete' (PFHC) was invented by Dr. Benjamin Kromoser and Prof. Johann Kollegger at the Institute of Structural Engineering.

The idea is remarkably simple yet effective; place an air cushion underneath and support it with post-tensioning tendons to transform a flat concrete slab into a curved concrete shell. The process eliminates the need for excessive amounts of labour and material resulting in significant reductions in cost of constructions.

The idea of the newly optimised construction method is relatively basic. Multiple wedge-shaped concrete slabs are cast on a flat surface. Once the concrete is cured an air cushion which is placed underneath is inflated. Post-tensioning tendons encircle the entire surface and add tension to prevent the slabs from sliding.

The construction of a prototype building with a 1:2 scale took just 2 hours. It reached 2.9 m. The design featured duel curves to prove the dexterity of the method.

“We decided not just to create a simple, rotational symmetry”, said one of the researchers Benjamin Kromoser.

“Our building is a bit drawn-out, it cannot be described in simple geometric terms. We wanted to show that using our technology, even complex free-form structures can be created.”

The simplistic yet effective method will give architects unprecedented freedom to rise to highly efficient buildings. While the prototype was on a relatively small scale, researchers plan to construct much larger buildings.

“Building shells with a diameter of 50 m is no problem with this technique”, said Johann Kollegger.

[edit] Inflatable constructions of near future

The inflatable construction method is likely to see large implementations across many applications. The process will significantly reduce construction times, costs, and labour. It will most likely be used to construct animal crossings, overpasses, as well as many other architectural designs. 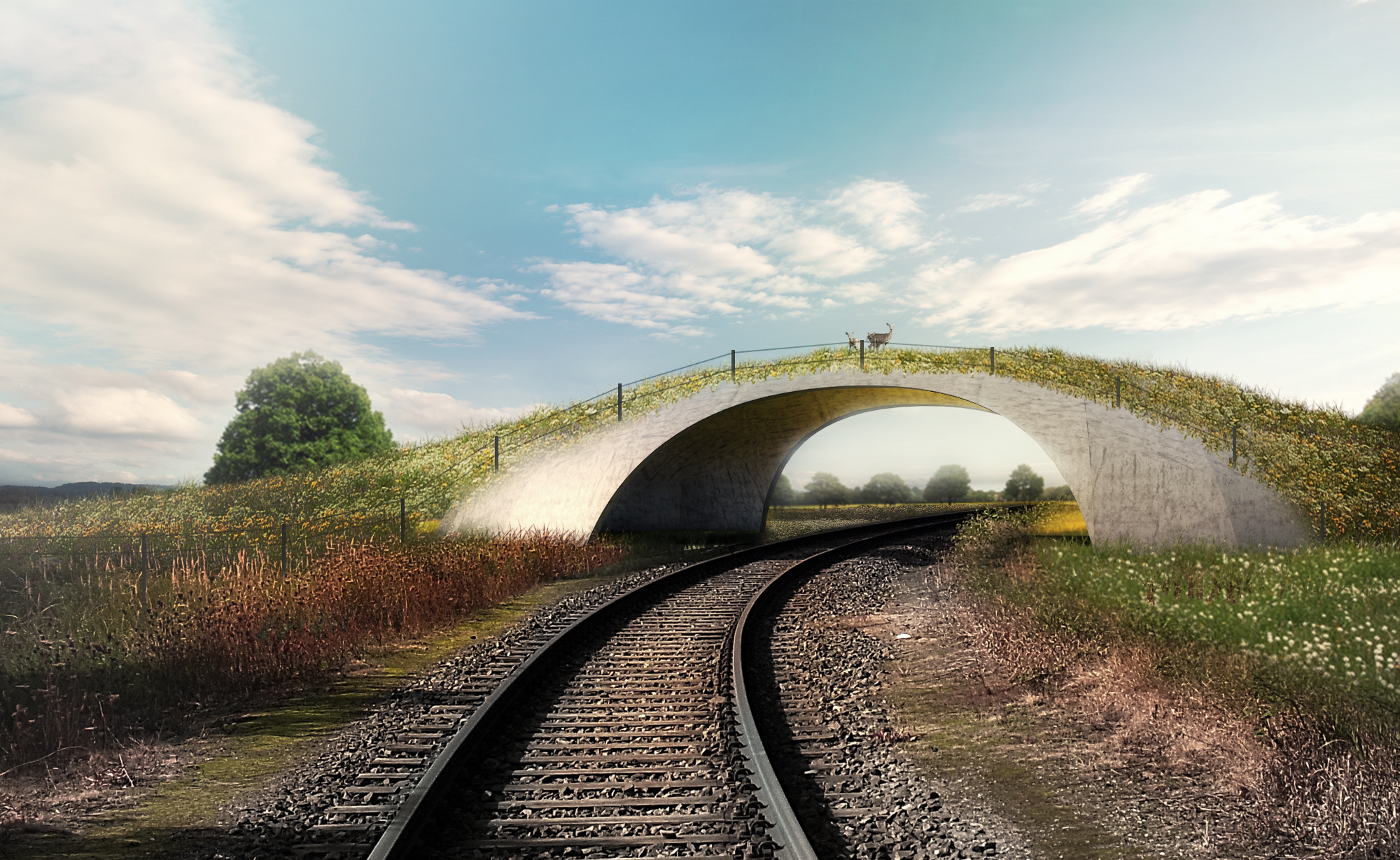 Bridges and animal overpasses are just one of the potential applications of this fast erection technology [Image: TU Wien University]

The new construction method is already patented and has received a lot of interest from railway companies including the Austrian Federal Railways (OEBB-Infrastruktur AG). The future of curved construction is shaping up to be perhaps the most important innovation that modern construction has seen in many years. 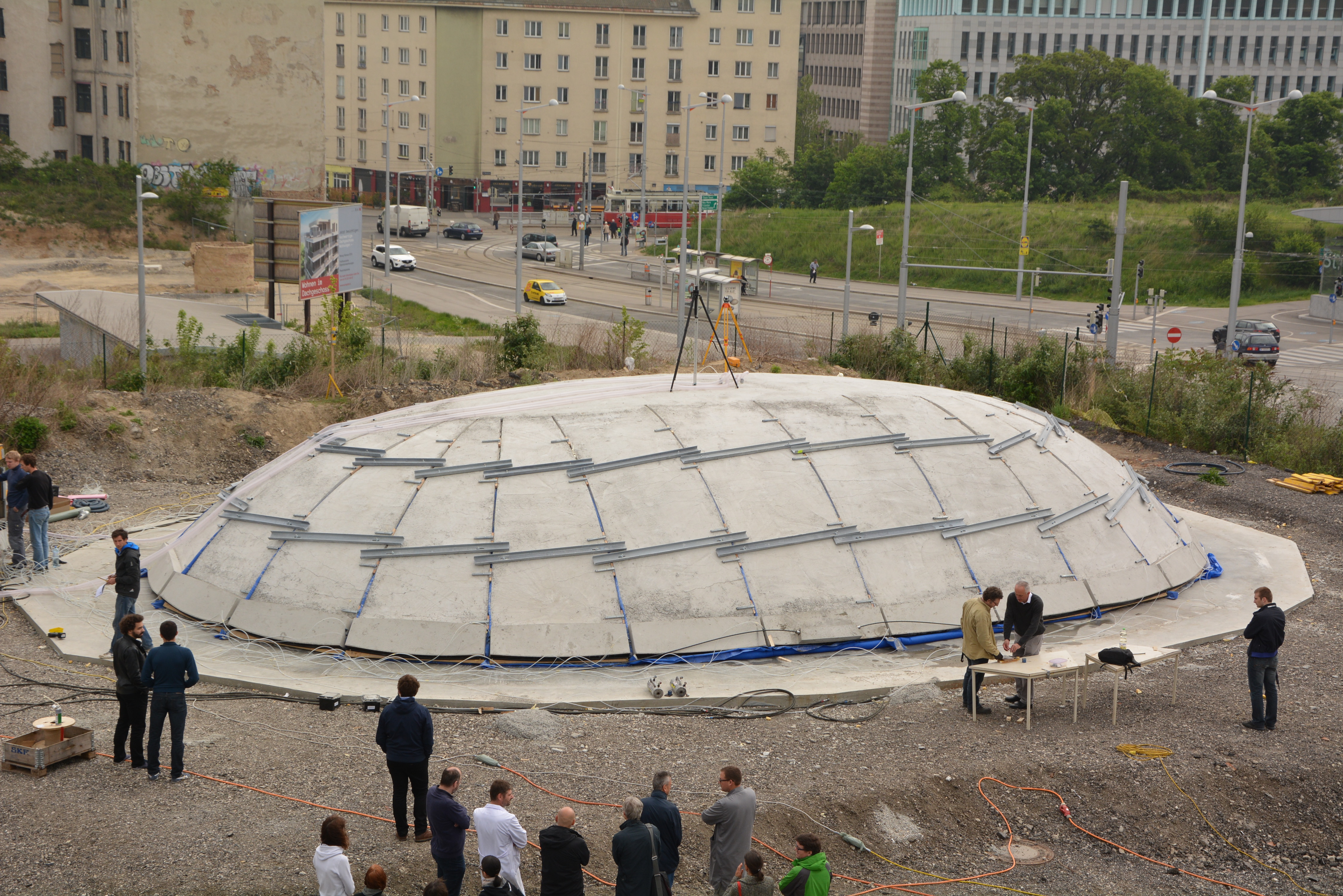 This article is published in collaboration with Interesting Engineering.

Retrieved from "https://www.designingbuildings.co.uk/wiki/Inflatable_concrete_in_Wien,_Austria"
Create an article