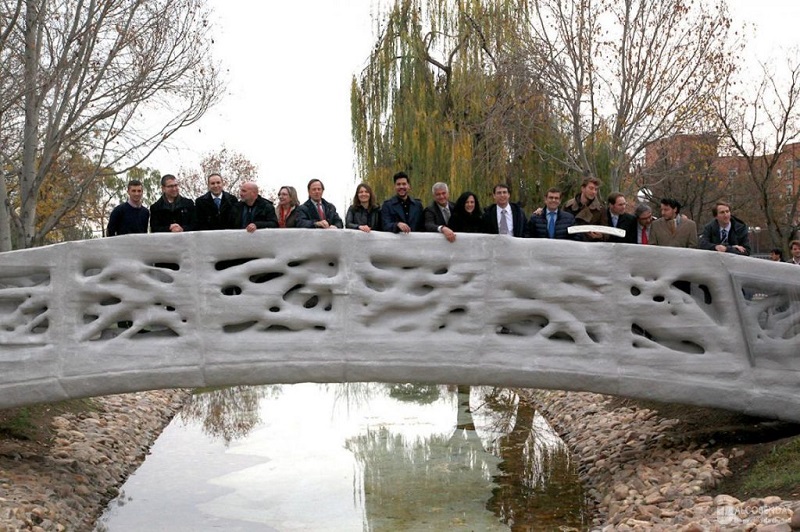 In Spain, the first pedestrian bridge printed in 3D in the world (3DBRIDGE) was inaugurated 14th of December of 2016 in the urban park of Castilla-La Mancha in Alcobendas, Madrid.

The 3DBUILD technology used was developed by ACCIONA, who was in charge of the structural design, material development and manufacturing of 3D printed elements. The bridge has a total length of 12 m and a width of 1.75 m, and was printed in micro-reinforced concrete.

Architectural design was done by Institute of Advanced Architecture of Catalonia (IAAC). The 3D printer used to build the footbridge was manufactured by D-Shape. 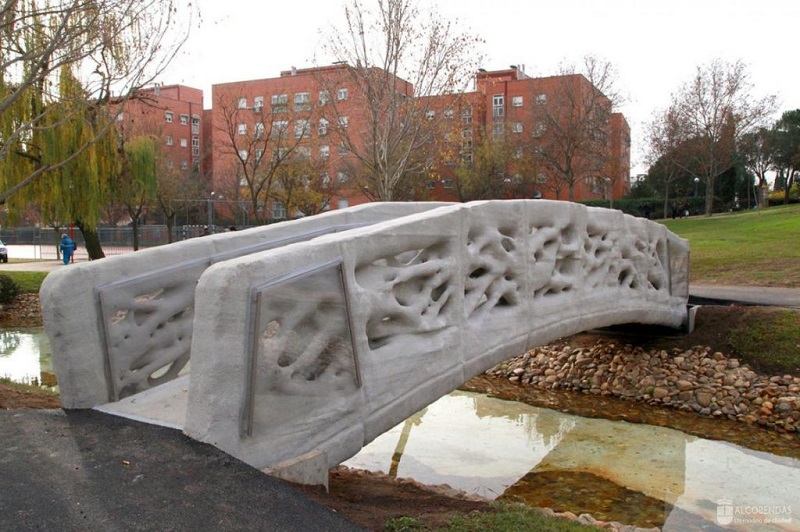 The 3D printed bridge was developed through parametric design, which allows the optimisation of material distribution and minimises the amount of waste by recycling the raw material during manufacture. The computational design also allows the structural performance to be maximised, thanks to the application of generative algorithms and challenging the traditional techniques of construction.

The project, led by ACCIONA, was developed by a multidisciplinary team of architects, mechanical engineers, structural engineers and representatives of the municipal administration, among them Enrico Dini, an expert inventor in large-scale 3D manufacturing and IAAC collaborator. 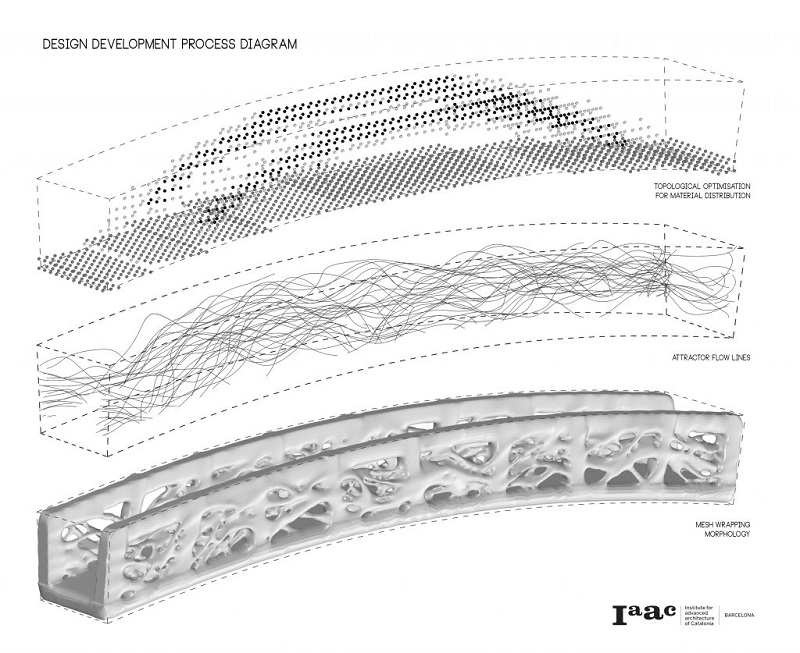 The bridge is certainly horrible