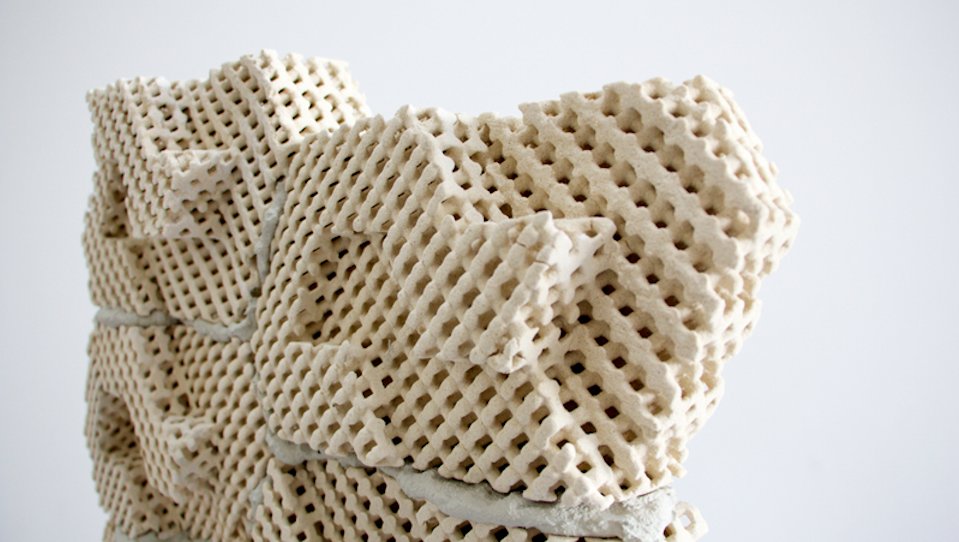 Cool bricks are 3D-printed porous ceramic bricks that interlock to form a 3D lattice effect. The porous material of the bricks absorbs water which is then released as warm outside air passes through the lattice, producing an evaporative cooling effect.

The low cost of the materials and the ease of production and installation of cool bricks makes them a good solution for providing comfortable indoor environments in hot, dry climates such as the Middle East and Western Australia.

Cool bricks are the brainchild of Emerging Objects, a California-based studio focussing on innovation in the 3D printing of architectural and building components. Their investigations into architectural form include the Involute Wall, which combines thermal mass and acoustic dampening in a massive 3D printed sand structure.

Much of their innovation is at the prototype stage but it will be interesting to see whether they filter through to mainstream applications.

This article was created by --BRE_Buzz. It was originally published on BRE Buzz in September 2015 and was written by Ali Nicholl, Innovation Network Manager at BRE.

You can see the original article here.

Retrieved from "https://www.designingbuildings.co.uk/wiki/Cool_brick"
Create an article