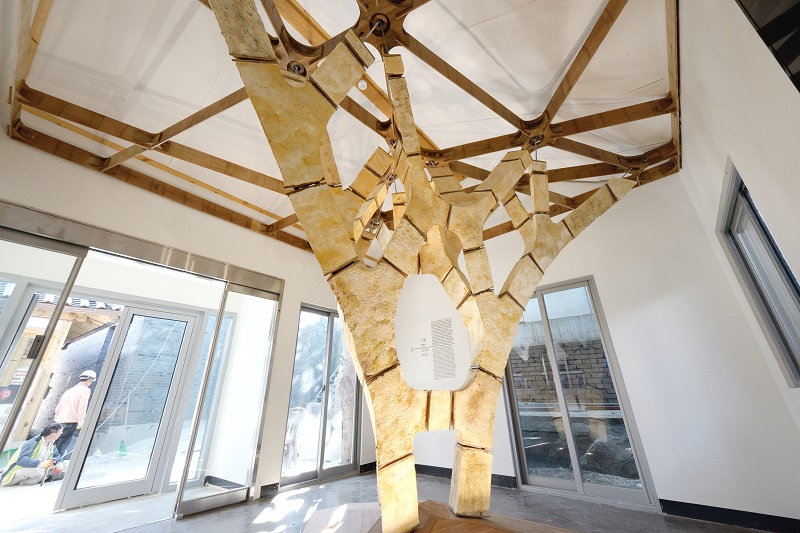 Mycelium is the root network of mushrooms, a fast-growing matrix that has the capability of acting as a form of natural glue.

In September 2017, MycoTree was unveiled at the Seoul Biennale for Architecture and Urbanism. MycoTree is a naturally-grown spatial branching structure comprising load-bearing mycelium components and bamboo. It has been developed in response to the need for new and alternative materials and approaches to construction.

According to the developers, materials that were previously considered unwanted and low-strength may offer possibilities for tackling the unsustainable nature of many of the industry’s most popular materials.

The manufacturing process works by mixing a sterilised substrate with mycelium tissue. Over several days, the fungi digests and transforms the nutrients into a dense interlocking matrix of mycelium filaments. This mass can then be cast into digitally-fabricated moulds, which densify into the final shape. The growing process is then halted by drying.

The material can be grown locally, close to the site where it will be used, and, the mycelium absorbs carbon. In addition, it allows for the composting of building elements or whole constructions after usage. 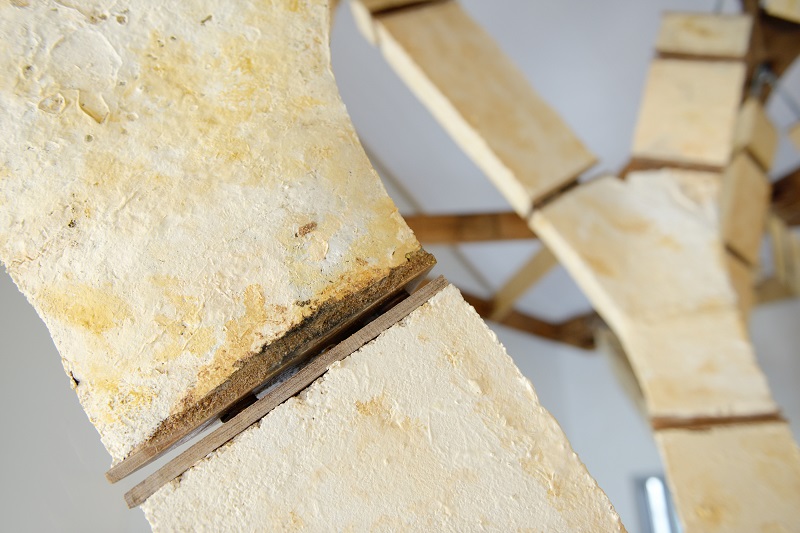 While mycelium-based materials offer significant ecological advantages, they have relatively low structural strength. As with MycoTree, achieving stability through geometry rather than through material strength opens up further possibilities of using weak materials. 'Good' geometry enables the maintaining of equilibrium through compression when building with materials that are weak in tension and bending.

MycoTree is the result of a collaboration between the Professorship of Sustainable Construction at Karlsruhe Institute of Technology (KIT) and the Block Research Group at the Swiss Federal Institute of Technology (ETH) Zürich. It is the centrepiece of the “Beyond Mining – Urban Growth” exhibition at the Seoul Biennale of Architecture and Urbanism 2017 in Seoul, South Korea, and will be on display from September 1st - November 5th 2017.

Retrieved from "https://www.designingbuildings.co.uk/wiki/Mycelium"
Create an article