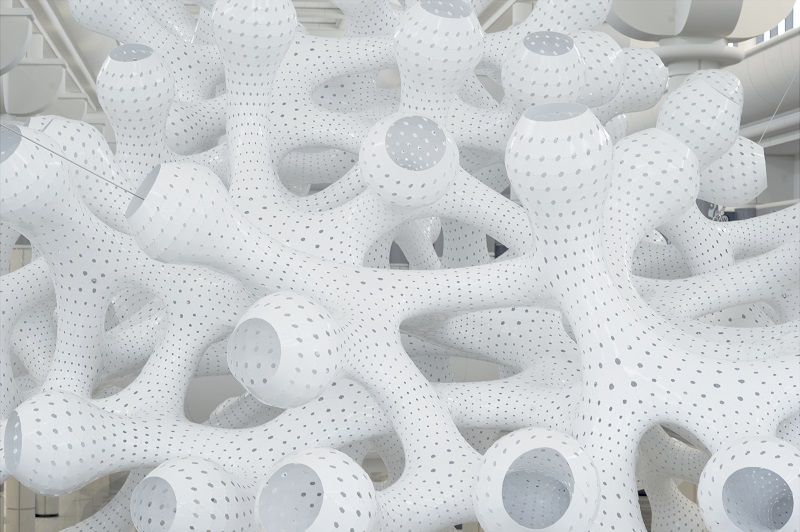 Under Magnitude is a two-storey, permanent structure suspended in the atrium of the Center, creating a three-dimensional intervention in the vast space.

The idea behind the structure is that it ‘has edges yet is edgeless’, and is an example of the studio’s ongoing development of ‘new minimalist’ digital assemblies – unique constructs that unify skin, structure and spatial experience into a single system. 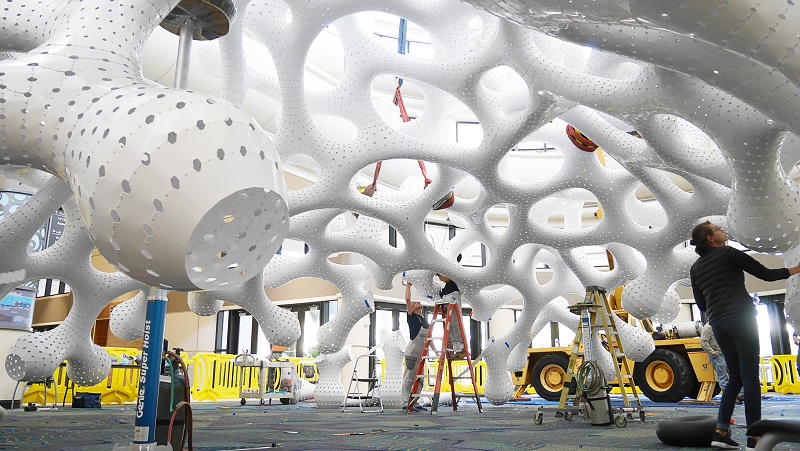 The intention is that each person who passes beneath the structure forges a different kind of personal connection with its forms, which are borrowed from the natural world but contorted into new and alien constructs.

Under Magnitude is the sum of many sub-elements: a network of branches unified by a single smooth and continuous white surface. The intricate curvilinear shape forms a unified system of both 'columns' and 'beams,' aggregating to create a three-dimensional subspace. The open, tubular branches come together within a Y-shaped plan and reach upwards to form a shape that is both like a vault and a suction cup: a ‘shell from shells’. 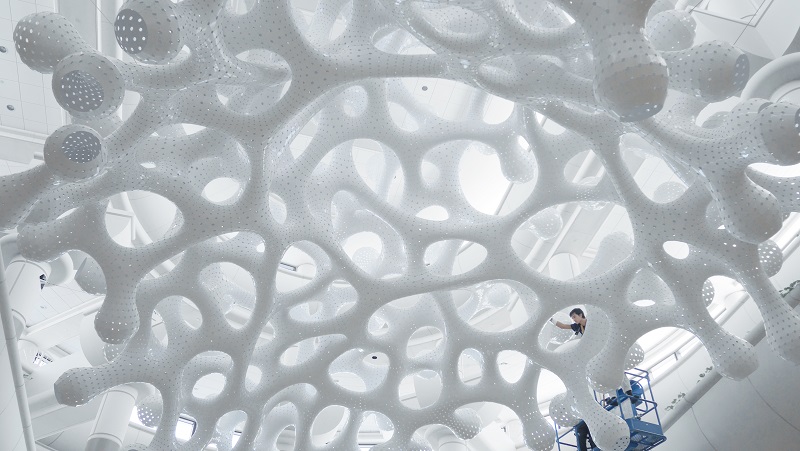 The material thickness of Under Magnitude is just a millimetre, thinner than a credit card, yet the structure is strong enough to walk on. This strength is achieved by 'intensive curvature'; the maximisation of double curvature across the form which creates the curly, tubular branching characteristics of the structure.

The studio is building on and challenge the work of Frei Otto and his notion of 'extensive curvature', which determined that a bubble, when blown up to the size of a room, has better structural performance than a box.

Retrieved from "https://www.designingbuildings.co.uk/wiki/Under_Magnitude"
Create an article