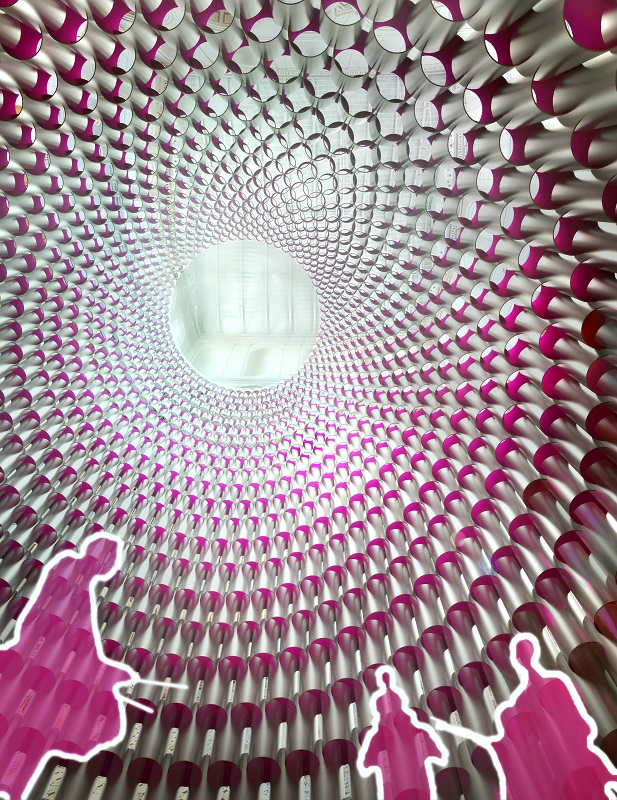 In April 2017, the National Building Museum of Washington D.C. revealed plans for a new interactive installation to be constructed in time for summer. Designed by the architecture and urban design practice Studio Gang, the 'Hive' installation will be the latest in a series of temporary structures in the historic Great Hall.

Hive will be constructed using 2,700 wound-paper tubes which will vary in size from several inches to 10 ft high. The tubes will be interlocked to create three dynamic interconnected, domed chambers. Reaching a height of 60 ft, the installation will fill the Great Hall, and the tallest dome will feature an oculus measuring more than 10 ft in diameter.

The paper material will be recyclable, lightweight and renewable, and will feature a reflective silver exterior and vivid magenta interior. This colouring will create a spectacular visual contrast with the 19th century Corinthian columns inside the museum. 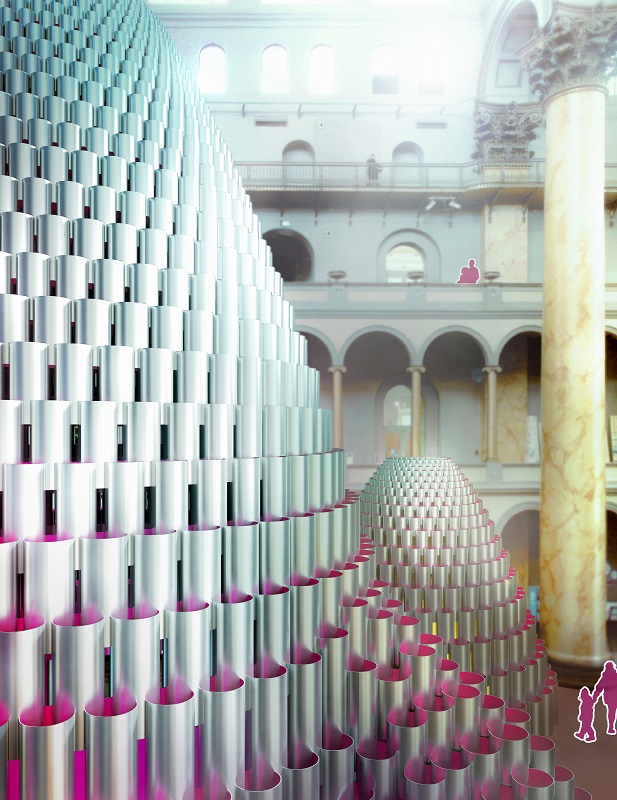 The chambers will adopt a catenary shape, which will balance the structural forces, making them self-supporting. Visitors will be allowed into the installation at ground level and will be able to get a different perspective from the upper floor balconies.

Visitors will be invited to explore how a structure can modify sound, light, scale, and human interaction. Hive’s smaller chambers will promote organic, intimate encounters and play with tubular instruments ranging from simple drums to chimes suspended within the space. Each chamber will have unique acoustic properties that will affect the instruments’ tone, reverberation, and reflection as well as visitors’ perceptions.

Studio Gang founding principal Jeanne Gang said; “When you enter the Great Hall you almost feel like you’re in an outside space because of the distance sound travels before it is reflected back and made audible. We’ve designed a series of chambers shaped by sound that are ideally suited for intimate conversations and gatherings as well as performances and acoustic experimentation … we create a hive for these activities, bringing people together to explore and engage the senses.”

Complemented by a full schedule of concerts, tours, and talks, Hive will be open to the public July 4 to September 4, 2017.

Retrieved from "https://www.designingbuildings.co.uk/wiki/Hive_installation"
Create an article