Six pins and half a dozen needles 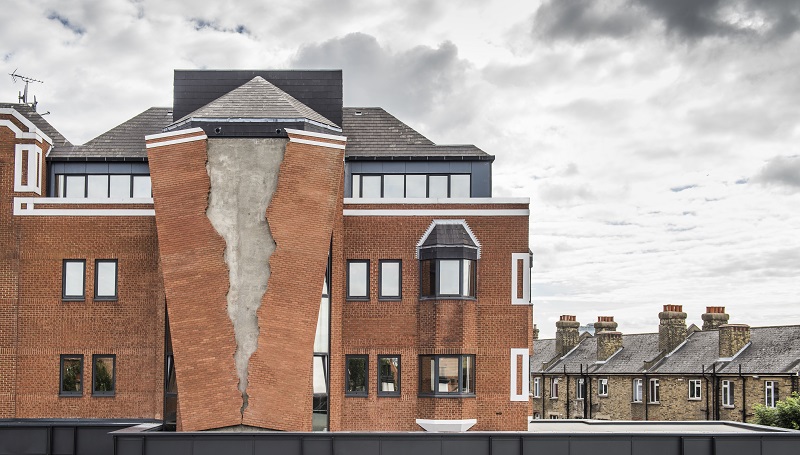 On 1 August 2017, British artist Alex Chinneck unveiled his first permanent public installation – a giant rip in the brick façade of a London building.

Titled ‘Six Pins and half a Dozen Needles’ the surrealist installation is located on the site of Assembly London, Hammersmith, a former publishing house. Reaching a height of 20 m, and weighing 10 tonnes, the installation is designed to appear as though the building’s red brick façade has cracked in half. Chinneck intended the split to resemble a page ripped from a book. 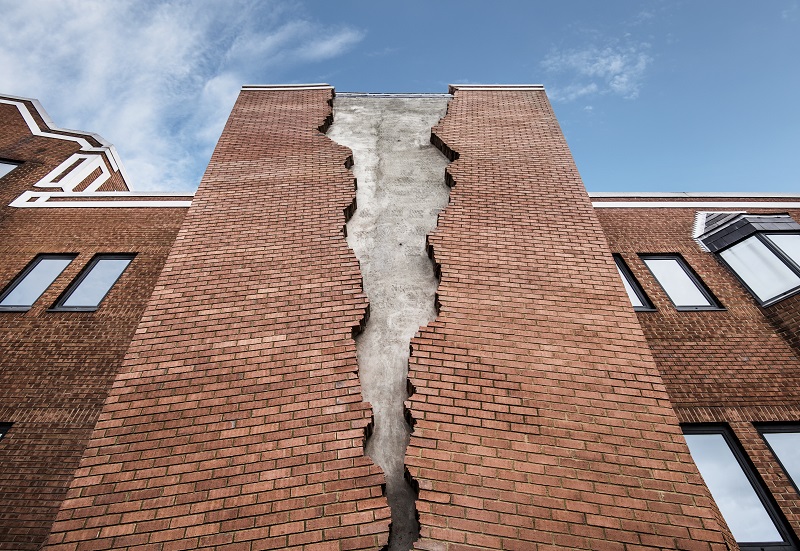 The product of 14 months’ work collaborating with structural engineers, steelworkers and brick-makers, the piece consists of 4,000 bricks and more than 1,000 stainless steel components. It is formed on a steel framework that is bolted and welded to the building. The ‘rip’ is achieved by using the stainless steel components together with hundreds of unique bricks which were individually cut by hand and water.

The installation process took 18 hours, with each section having to be lifted 75 m to clear the neighbouring buildings on the site.

“The work was conceived to engage people in a fun and uplifting way. Although we use real brick, it was designed with a cartoon-like quality to give the sculpture an endearing artifice and playful personality. I set out to create accessible artworks and I sincerely hope this becomes a popular landmark for London and positive experience for Londoners.” 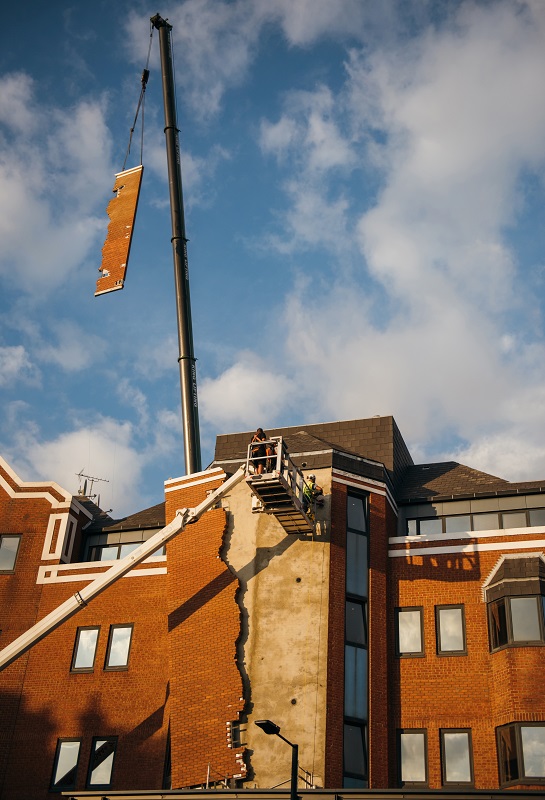 Chinneck is no stranger to the surreal spectacle that merges architecture with sculpture, with previous works including a melting house constructed from wax bricks, and a house façade that appeared to have slumped into the street in Margate.

Alex Chinneck’s ‘Six pins and half a dozen needles’ is a permanent installation and can be viewed at Assembly London, 77 Fulham Palace Road, London, W6 8JA.

Retrieved from "https://www.designingbuildings.co.uk/wiki/Six_pins_and_half_a_dozen_needles"
Create an article