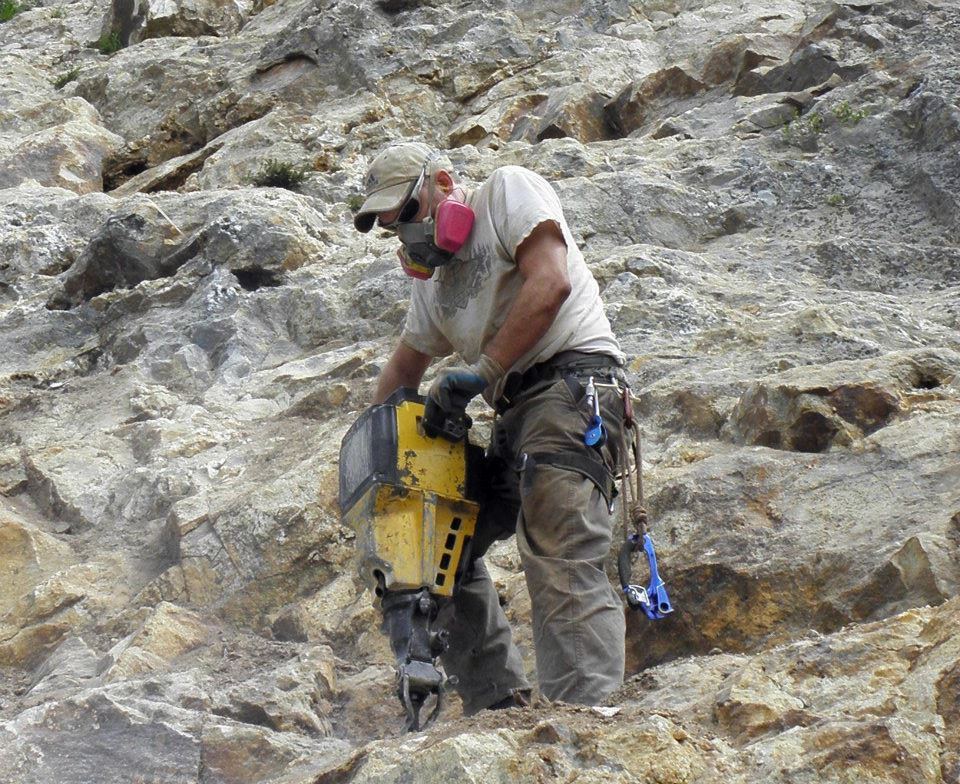 Hand-arm vibration syndrome (HAVS) is a disorder that workers in construction can be at risk of if they use vibrating tools for long periods of time. Hand-held and hand-guided power tools can cause symptoms in fingers, hands and arms, and although preventable, the damage caused is permanent.

It is unclear exactly how vibration leads to HAVS, but it is generally thought to be small, repeated injuries that are sustained by nerves and blood vessels in the fingers, as well as the joints of hand, wrist and arm, which gradually lose function.

Equipment that can pose a risk of HAVS include:

The Control of Vibration at Work Regulations were introduced under the Health and Safety at Work etc. Act 1974, to improve protections for workers from the risks of vibration. They place a duty of care on employers to reduce employees’ risk from vibration.

A formula calculates the average (A) exposure over an 8-hour day. These values are referred to as A(8). A machine or tool’s vibration rate is measured in metres per second, and referred to as m/s2.

Some of the early symptoms that can be experienced by operatives include:

Later symptoms can include:

It is the responsibility of the employer to take safety and preventative measures, although operatives can also take steps themselves:

Operatives that are exposed to vibration should be able to recognise the early signs and symptoms of HAVS and have a health and safety officer who they can report to. They should also be aware of the control measures that the employer should have in place.

In 2018, following an investigation by HSE, Balfour Beatty Utility Solutions was prosecuted for exposing its workers to hand-arm vibration between 2002 and 2011. They pleaded guilty to breaching the requirements of the Health and Safety at Work etc. Act 1974 and the Reporting of Injuries, Diseases and Dangerous Occurrences Regulations 1995, and were fined £500,000 and ordered to pay costs of £195,000.

HSE inspector Christine Mellor said; “Exposure to hand-arm vibration is a well-known risk which Balfour Beatty Utility Solutions Ltd failed to adequately control. The company failed to heed warnings. Early health surveillance detected ill health but still this was not acted upon to prevent on-going exposure... This is a particularly serious case because of the extent and duration of failures. The breaches were repeated over several years and this resulted in persistent poor compliance.”

In March 2019, it was announced that Reactec and CoreRFID had developed HAVwear, a device worn like a watch to monitor vibration exposure when using power tools.

Retrieved from "https://www.designingbuildings.co.uk/wiki/Hand-arm_vibration_syndrome_(HAVS)"
Create an article