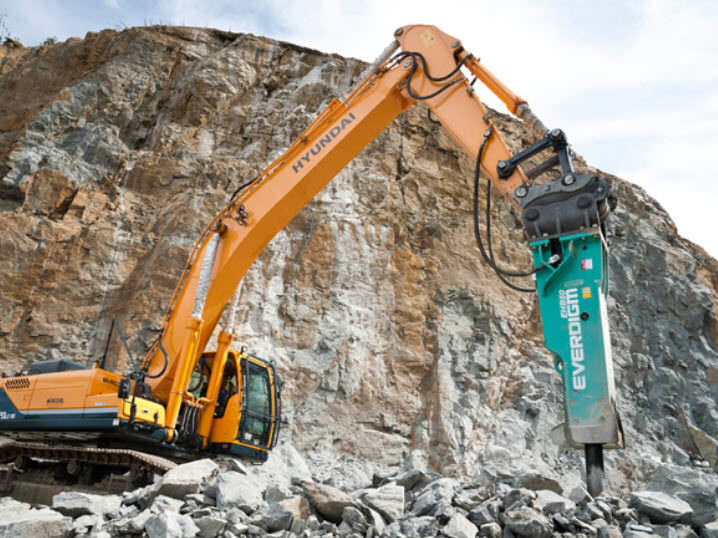 Breakers, also known as a hammers or hoe rams, are powerful percussion tools used for breaking up concrete or rock. They can be fitted to excavators and are powered by auxiliary hydraulic systems. They are similar in function and operation to hand-held pneumatic drills.

Breakers are typically used in application such as:

There are two basic designs for mounted breakers – side-plate and boxed:

Breaker manufacturers tend to use an ‘Impact Energy Class’ rating to identify different breakers, which is loosely based on the breaker’s weight.

Breakers can also be categorised based on the piston-firing system that they use. The three basic types are:

The working tool should be sufficiently lubricated, and cleaned from abrasive dust that can get into the lower portion of the breaker. Some breaker models are fitted with automatic lubrication systems, or a sealing system can be installed if required.

Awesome, but to improve service quality and operational efficiency you need an autolube system for a hydraulic hammer. Grease pump kit includes bolts to mount on the body, 1 hose only and grease pump with a cartridge. Easy to install, no need to make routine greasing procedure every 2 hours. Safe and secure https://buyaftermarketparts.com/articles/71_auto_grease_pumps_for_hydraulic_breakers