Energy consumption in the construction industry 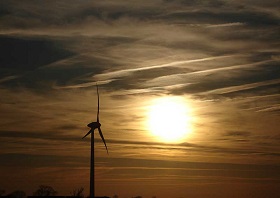 In very general terms, energy is a capacity to do work that can take a number of different forms, such as; thermal (heat), radiant (light), motion (kinetic), stored (potential), secondary (e.g. electricity), chemical, mechanical, and so on.

The term 'energy consumption' refers to the amount of energy that is used by a process, system, product, community and so on.

In the built environment, the term 'energy' is typically used in the context of generating heat, powering equipment, creating products and materials, transportation, and so on.

In a domestic context, energy consumption is often attributed to:

Sources of energy tend to be categorised as either renewable or non-renewable.

The total energy consumed by end users is typically referred to as ‘final energy consumption’. This is a measure of the energy that is used by the consumer and does not include that used by the sector itself in extraction, delivery, transformation, and so on.

The energy consumption of buildings, and the role of the construction industry to minimise it, has been a focus of government significant policy change and legislation such as; the Climate Change Act, Carbon Plan, Infrastructure Act, Building Regulations and Construction 2025. Several initiatives and devices, such as the use of smart meters and energy performance certificates, Green Deal, Energy Company Obligation, low-enery lightbulbs, door and window energy rating, and so on have been introduced in an attempt to reduce the energy consumption of buildings.

The energy consumed by a building throughout its whole life comprises:

Energy efficiency not only allows individuals and organisations to reduce their capital and operational costs, is can also help lower fuel consumption and so reduce the emission of greenhouse gases and help prevent climate change.

Retrieved from "https://www.designingbuildings.co.uk/wiki/Energy_consumption_in_the_construction_industry"
Create an article