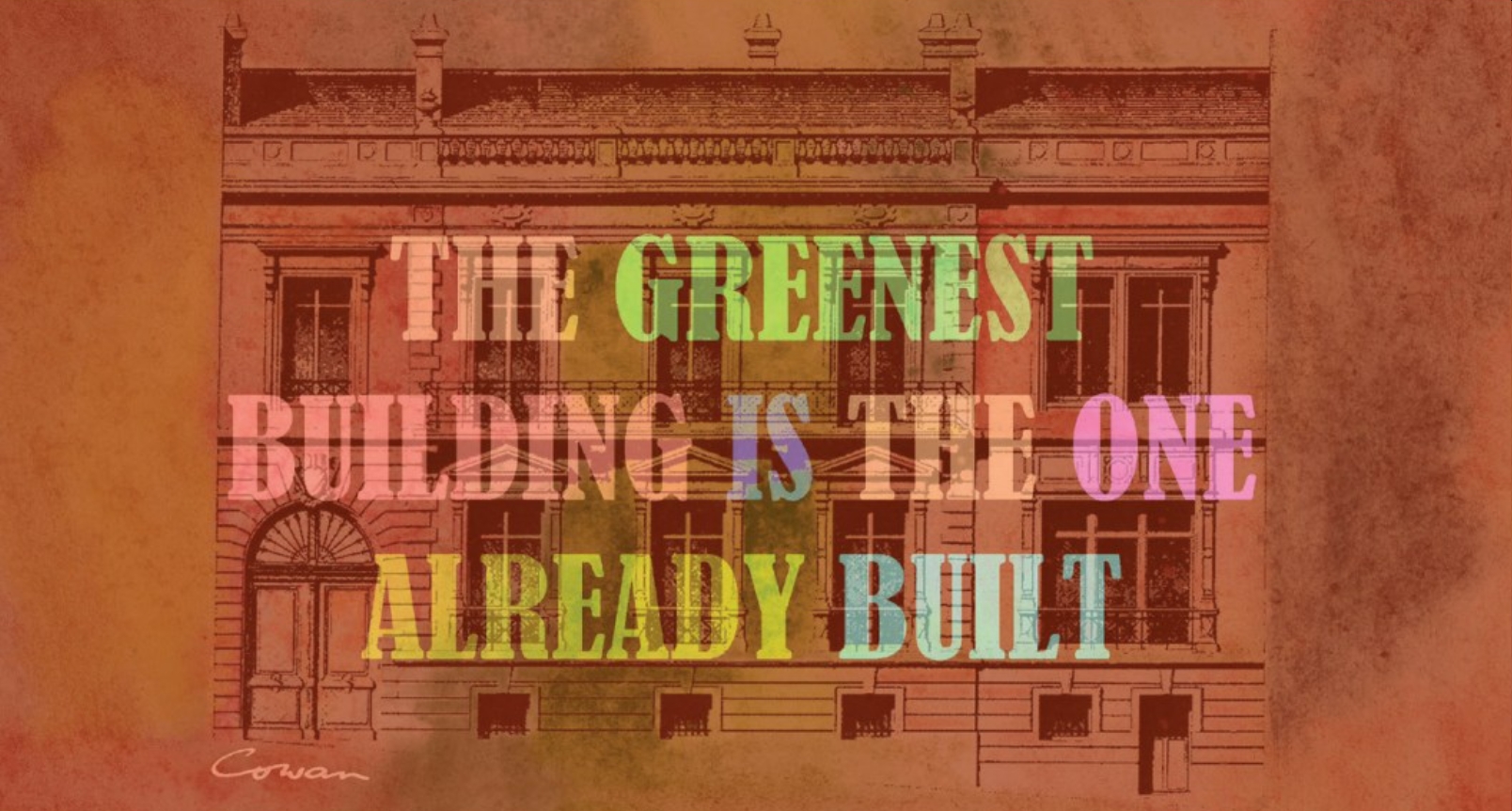 Heritage is not physical objects or traditions in themselves, but what a community believes should represent its past. This is bound to change. Even now, in some South American countries and elsewhere, there is an ongoing reassessment of which past they believe is appropriate for national identity.

There will be societal responses to both climate change and heritage. It is not just the change in climate itself that will affect heritage but how societies react to any pressure to modify or redefine it. There are various possible scenarios, from the extreme to the likely. We should not underestimate the extreme.

Climate change could become such a moral imperative that we would no longer wish to identify with any past connected to energy profligacy. Despite age, ubiquity and a recognition that it was a reflection of its time, all association could be censured. This would be similar to attitudes to past slavery, which has all these characteristics. Anything associated with activities, such as coal mining or oil extraction, and anything funded by these activities, would no longer be considered worthy as heritage. The impact would be enormous.

An opposite outcome, also based on severe climatic outcomes, is that social disruption and global disaster might turn communities in on themselves. Anything which reinforces identity and provides a memory of more favourable times would be held in special regard. The value of heritage would be enhanced, and new or more recent aspects of the past could become heritage. This is more likely, and would be an acceleration and extension of the current condition, where globalisation has reinforced interest in locality and tradition.

A further outcome more in line with projections is a demographic move from areas degraded or with rising sea levels, to areas more amenable to settlement. This is already happening. Places affected by desertion will either be abandoned or will have to adapt. If they have a heritage value and are to survive for occupation, viable economic conditions will have to be created and consideration given to the consolidation of the population into buildings to be preserved. One consequence would be a reconsideration of how to adapt the surviving heritage.

There are current discussions on whether to and how to improve the resistance to energy loss in occupied heritage. External insulation, solar panels and double or triple glazing have all been suggested, but their impact on the appearance of historic buildings can significantly alter their heritage value. There are two potential responses to this.

The first is a more evolutionary, rather than preservationist view of heritage. Many buildings have been preserved at an arbitrary moment in their history, arresting a process of change that would have continued had there been no legal action to arrest it. The problem has been unsympathetic modern materials, the novelty culture of mainstream architecture and the Unesco Venice Charter principles, whereby additions have to be obvious and clearly ‘modern’. A greater tolerance of sympathetic change, whereby the character of the building is maintained, would provide opportunities for increasing energy performance without destroying or compromising the memory-value of the original heritage.

The second potential response is to recognise the energy saving already locked in existing structures. Centuries of continued use represent a significant energy saving in relation to even a modest history of replacement. Currently, energy saving is measured in terms of savings in active energy input due to greater efficiency in energy loss. Nowhere in these calculations is there an agreed measure for the major significance of longevity and nowhere, even among those who recognise the value of future longevity, is there any credit for retrospective energy saving.

While retrospective energy saving or an energy credit may be difficult to countenance with the concept of future action to moderate climate change, the principle that ‘the greenest building is the one already built’ is gaining in support. This principle will inevitably affect built heritage. We will most likely have to take a more critical and flexible view of adaptation and modification – and hence the integrity of heritage – and provide an appropriate and sympathetic architectural approach to more radical adaptation.

This article originally appeared in the Institute of Historic Building Conservation’s (IHBC’s) Context 171, published in March 2022. It was written by Robert Adam, a classical and traditional architect, urban designer, author and educator with the Robert Adam Architectural Consultancy.

Retrieved from "https://www.designingbuildings.co.uk/wiki/Climate_change_and_heritage"
Create an article