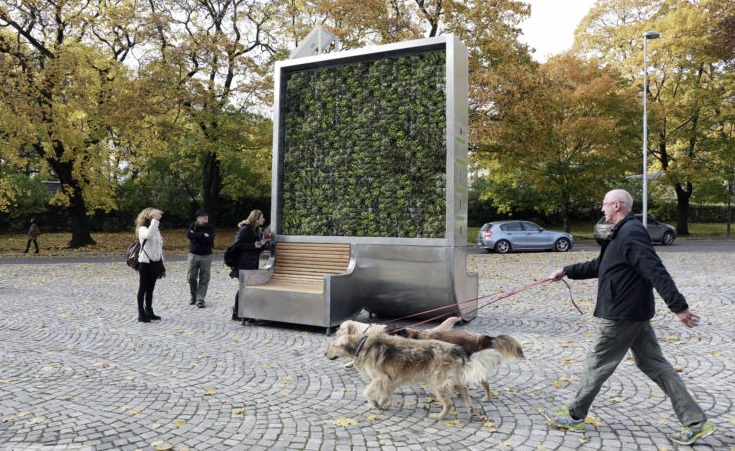 In March 2018 a 'CityTree' was installed on London's Glasshouse Street, near Piccadilly Circus to highlight the risks of air pollution. This coincided with the publication of a joint report by four Parliamentary select committees which concluded that UK air pollution causes 40,000 deaths and costs the economy £20 billion a year.

Green City Solutions, Proambiente and the Italian city of Modena joined forces in Spring 2017 to initiate the ‘CityTree Scaler’; a project supported by Climate-KIC Germany (the biggest EU innovation initiative for climate-friendly technologies). The consortium was formed to prove the effectiveness of a new smart biotechnological filter for tackling urban air pollution.

The consortium have also installed six CityTrees on the most polluted street in Modena. 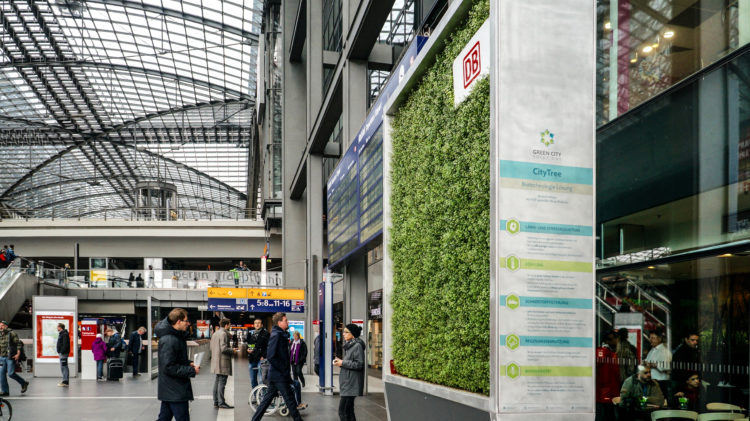 Developed by German start-up, Green City Solutions, CityTrees combine cutting-edge internet of things (IoT) technology with moss cultures and plants that ‘eat’ air pollution. They claim that a CityTree has the same environmental impact as 275 urban trees but requires only 3 sq. m of space.

The sculptural structures contain plants capable of removing dust, nitrogen dioxide and ozone from the air. The units are also remarkably self-sufficient. IoT sensors measure environmental data, and solar panel technology and a rainwater collecting system, mean that the nutrition, water and minerals required by the plants can be regulated automatically, requiring only a few hours maintenance a year.

WiFi, iBeacon, NFC and digital screens also allow CityTrees to transmit digital and visual information, and companies can pay to advertise on them by adding lighting, logos or LED panels.

The technology behind the CityTree is a result of more than a decade’s research at the Dresden University of Technology, Lancaster University and University of Bonn. It is hoped that the project will prove CityTrees offset 240 tonnes of CO2 equivalents a year. 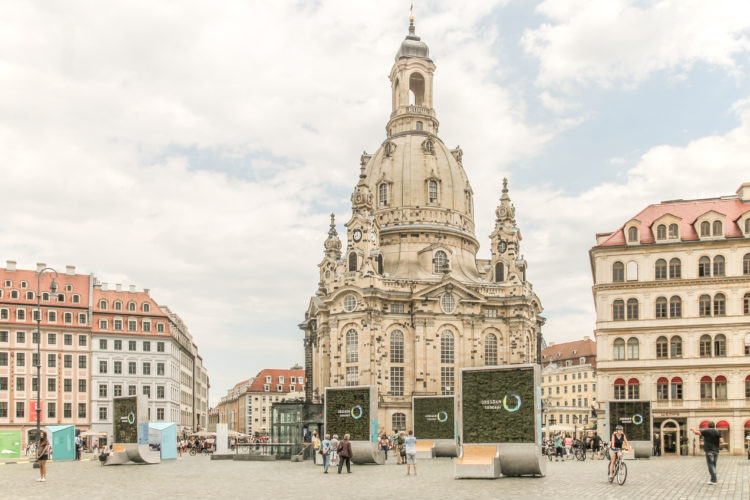 Victor Splittgerber, CTO and co-founder of Green City Solutions, said: “The project will help us to obtain important insights of the effectiveness of our smart plant filters. The results will help us to prove the estimated results of the laboratory tests. We see the CityTree as an essential part of future environmental urban planning. Therefore the next logical step is the testing over a longer period under real urban conditions."

Retrieved from "https://www.designingbuildings.co.uk/wiki/CityTrees"
Create an article