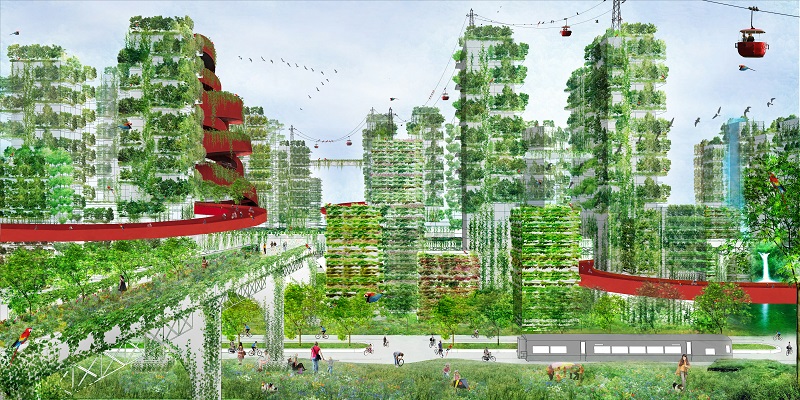 In April 2017, the architect Stefano Boeri revealed radical proposals to build ‘forest cities’ as a means of combating urban pollution.

The 'Vertical Forest' concept is a proposal for a city in Shijiazhuang, China, which could serve as a prototype for other new green urban developments. The city is made up of high-rise towers covered in trees and other planted vegetation which, by filtering dust particles and absorbing carbon dioxide, would help de-pollute the surrounding environment. 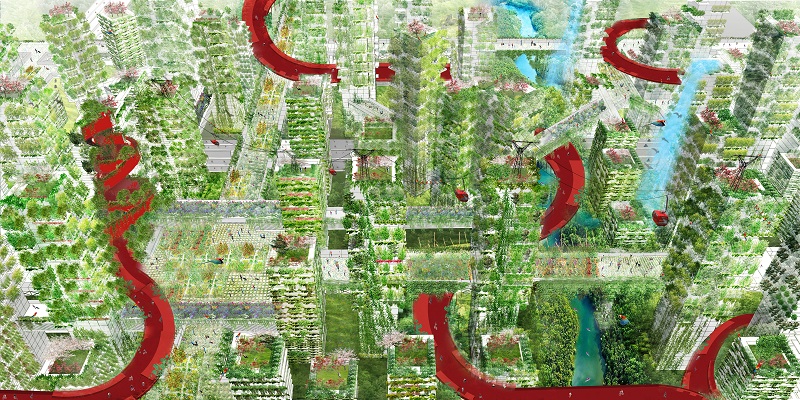 The towers could also provide a habitat for birds and insects that would otherwise struggle to survive in an urban environment.

Boeri has already completed two Vertical Forest towers in Milan, which incorporate trees, shrubs and plants on balconies of the buildings. Together, the towers host the same number of trees that could be planted in a forest of one hectare. 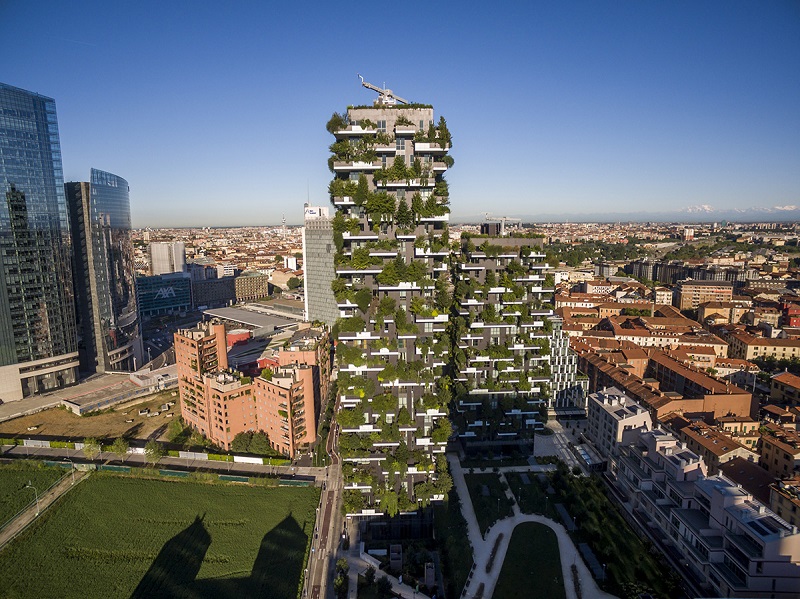 Two more Vertical Forest towers are under construction in Nanjing, China, where 1,000 trees and 2,500 cascading plants and shrubs will line the structures’ facades. 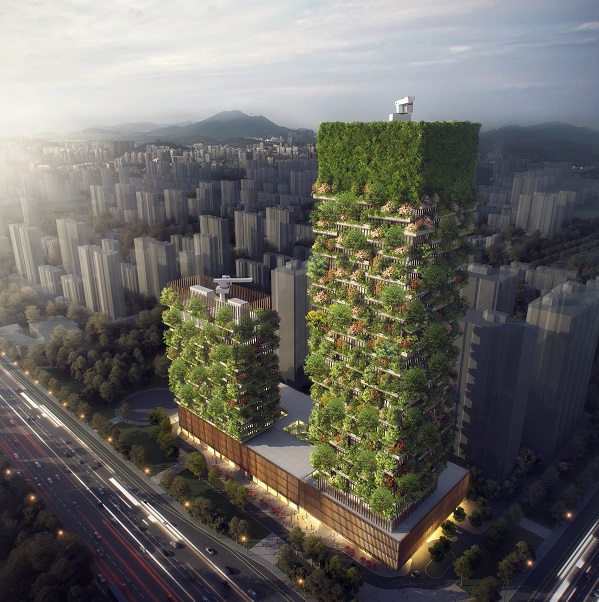 All images and content courtesy of Stefano Boeri Architetti.

Retrieved from "https://www.designingbuildings.co.uk/wiki/Vertical_Forest"
Create an article