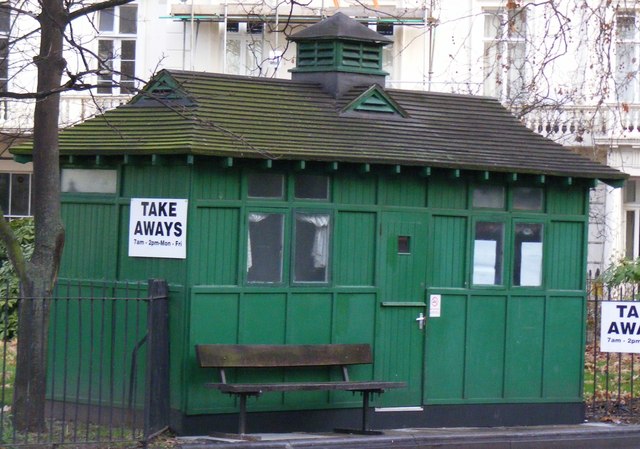 In 1875, the Cabmen’s Shelter Fund was set up on behalf of hansom cab drivers in London. At that time, drivers were not permitted to park their horses and cabs at a cabstand and walk away - leaving their cabs unattended at the stands - even for a quick cup of tea, a place of refuge in bad weather or a trip to the toilet. Stepping away from their cabs would cost them (they would have to pay someone to watch their rig and then hope it wasn’t stolen), and most drivers could not afford the risk or the fee.

A group of social reformers, including George Armstrong, the editor of the Globe newspaper, and Anthony Ashley Cooper, the 7th Earl of Shaftesbury, felt it was necessary to keep the drivers out of pubs, but safe from the elements. Their actions resulted in the establishment of the Cabmen’s Shelter Fund - an idea that would create welcoming places for the city’s hansom cab drivers. The Cabmen’s Shelters would serve simple, affordable meals and give drivers the opportunity to socialise in a wholesome environment where alcohol, gambling and swearing were strictly prohibited.

A prototype of what is commonly referred to as the little green hut was built even before the Cabmen's Shelter Fund was formally established. In 1872 the first shelter opened in Knightsbridge and paved the way for a network of huts that would feed several generations of London cabbies.

As public support for the shelters grew, designs were suggested by noteworthy architects including an early model in 1873 by the architectural firm of Gibson and Maitland. In the same year, Armstrong’s paper, The Globe, began a two year editorial campaign to provide shelter for cabbies (although credit for the shelters usually goes to the Earl of Shaftesbury who was the president of the fund).

Costing roughly £200 each at the time and funded by donations, 61 of these small, green, rectangular boxes started to appear around London between 1875 and 1914. George Aitchison was selected as the first architect to the Cabmen's Shelter Fund in 1879 after he presented a more elaborate design that was used as the basis for many of the structures.

Features of Aitchson’s designs included a two-tiered roof with clerestory and decorative elements on a rectangular frame. While the shape of the frame remained constant, design flourishes were added by subsequent architects, including Maximilian Clarke (of the architectural firm, Harvey and Clark), who came up with more unusual characteristics for the rectangular frame and its finishes.

A competition in 1881 resulted in the appointment of Clarke’s firm to introduce additional architectural features that became part of the standard elements for many of those structures built during his time. In 1884, he was named joint Honorary Architect to the Fund.

Constructed at cab stands directly on public highways, the shelters could be no larger than the size of a horse and cart. Their efficient design made it possible to accommodate a small kitchen and enough space for 10 to 13 cabbies.

Their overall uniform shape and colour (rumoured to be Dulux Buckingham Paradise 1 Green) made it easy for cabbies to recognise them quickly, even when they were driving in unfamiliar territory. Most passersby never even noticed them (which is just as well, since they were not permitted to venture inside).

Each shelter had tables and chairs for patrons to use while eating their hot meals. Some cabbies even brought their own food, which would be prepared by the unpaid attendant (who was expected to make money based on what was prepared and sold).

The founding philanthropists often provided newspapers (like Armstrong's Globe) and books for those cabbies who were just looking to take a break under cover. The fee to use the huts was minimal and once paid, it allowed cabbies to patronise every shelter in the city.

With the passage of time, the shelters gradually became obsolete and started to close. Currently there are only 13 shelters in existence, which are located at:

These shelters are operated by managers who are still serving hot meals inside to licensed black cab drivers. Refreshments to the general public are available, but only in the form of takeaway through an open window.

The 13 remaining shelters have been granted Grade II-listed status and continue to be protected and maintained through efforts of the Cabmen’s Shelter Fund. For those non-cabbies who’d like a look inside, the properties are open to the public during annual Open House London Heritage Days.

Strictly speaking we should count one more.

A cabmen's shelter circa. 1900, stood at the corner of Haven Green Ealing Broadway, it being in a very poor condition was replaced in 2012 by the new structure seen in the photograph attached. 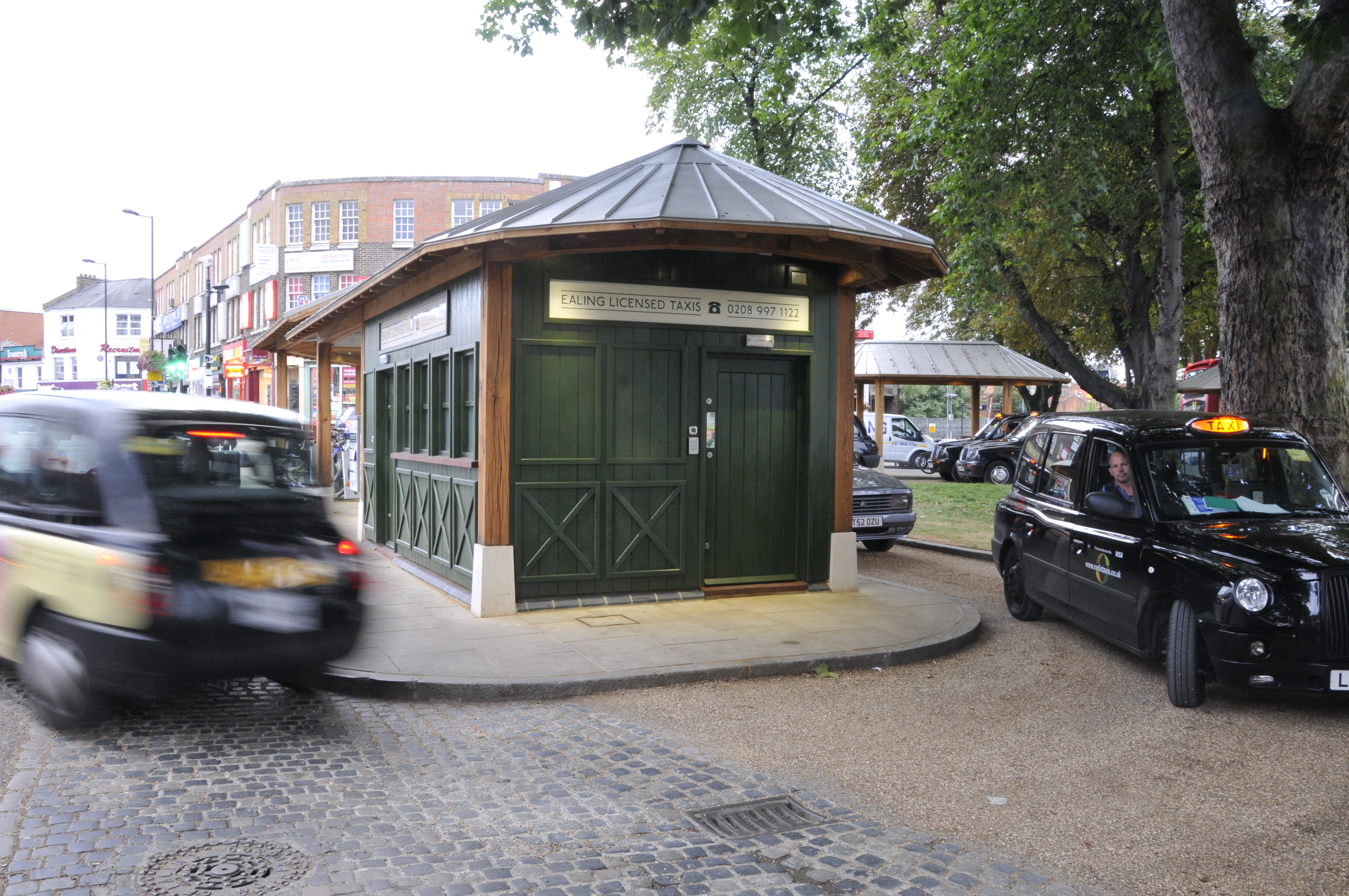