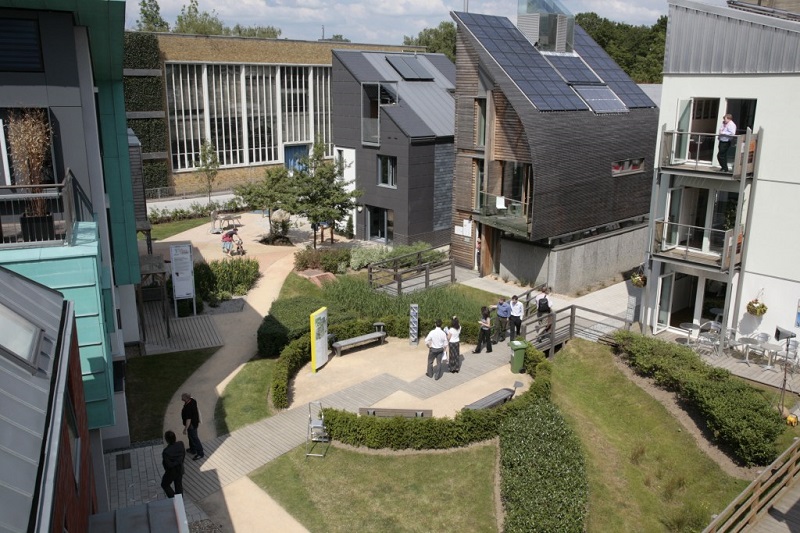 The BRE Watford Innovation Park is the flagship development of an international network of innovation parks, established to inform sustainable research and innovation within the built environment.

Despite other Innovation Parks having subsequently been established in Scotland, China, as well as being under-development in Brazil and Canada, the park in Watford, at BRE’s headquarters, remains one of the premier research facilities of its kind in the world.

Since its launch in 2005, as a small-scale demonstration of modern methods of construction (MMC), the Park has welcomed more than 100,000 visitors on its guided tours of the facilities. A tour includes self-guided audio of the Park and testing facilities, and group bookings can be arranged. BRE also run technical tours which are led by an expert guide.

Whether you are a professional, student or just an interested member of the public, the facilities are well-worth taking the time to explore as a means of gaining an understanding of the pioneering and vital work that BRE do.

Designing Buildings Wiki went along to the September 2017 Open Day, celebrating the 20th anniversary of the BRE Trust, to explore the site.

BRE officially opened a brand-new acoustics laboratory in time for the anniversary celebrations – a state-of-the-art test facility for assessing the ability of products, such as floor or wall panels, to prevent the transmission of sound between rooms. It also contains a plug panel system for the less labour-intensive testing of smaller products such as doors and windows.

This is in addition to another brand new anechoic chamber, a completely silent and echo-free sound testing space used for a range of acoustic tests, such as assessment of the performance of fire alarm sounders.

The other testing facilities include:

A large-scale test laboratory for structures up to 4 storeys high and subject to loads of up to 2,500 tonnes.

A large-scale indoor fire test facility for a range of standards and regulatory testing.

As seen on BBC’s ‘Countryfile’, this home showcases a range of possible systems to prevent houses flooding and to allow houses to be reoccupied quickly following a flood.

But it’s not only the demonstration buildings that provoke interest; the landscaping has been carefully designed to feature a variety of SUDS products, green roofs, a swale, permeable blocks, resin paving systems and biodiversity innovations.

History buffs may also be excited by the Park’s scale model of the Mohne Dam which was built in secret in late-1940 and used in the very initial experiments that led Barnes Wallis to develop the Dambusters’ famous bouncing bomb. 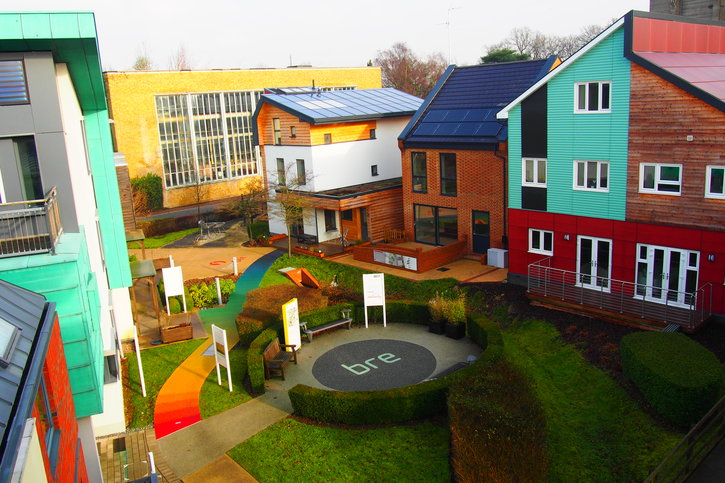 Central to the site though is the Innovation Park itself, which acts as a ‘demonstration village’ showcasing innovations in construction, energy efficiency, and sustainable landscape.

Some of the buildings that can be explored as part of a tour include:

This was the winner of the Mail on Sunday’s 2007 Home for the Future design competition. Created with urban living in mind, it was the first home by a mainstream housebuilder designed to Level 6 of the Code for Sustainable Homes.

This was the first masonry house designed to Level 4 of the Code for Sustainable Homes. It addresses the combined challenges of off-site construction and climate change.

This house aims to demonstrate the practicality and affordability of whole life sustainability for modern housing. It was built in 2009 by the National Non-Food Crops Centre (NNFCC) with renewable low carbon materials such as wool and hemp.

Comprising two units, one complete and one left unfinished to reveal its innovative features, the Sigma Home was the first house in the UK designed to Level 5 of the Code for Sustainable Homes. A local family occupancy tested it for two weeks each season over the course of a year, with the findings used for future home designs from the Stewart Milne Group.

Retrieved from "https://www.designingbuildings.co.uk/wiki/BRE_Watford_Innovation_Park"
Create an article