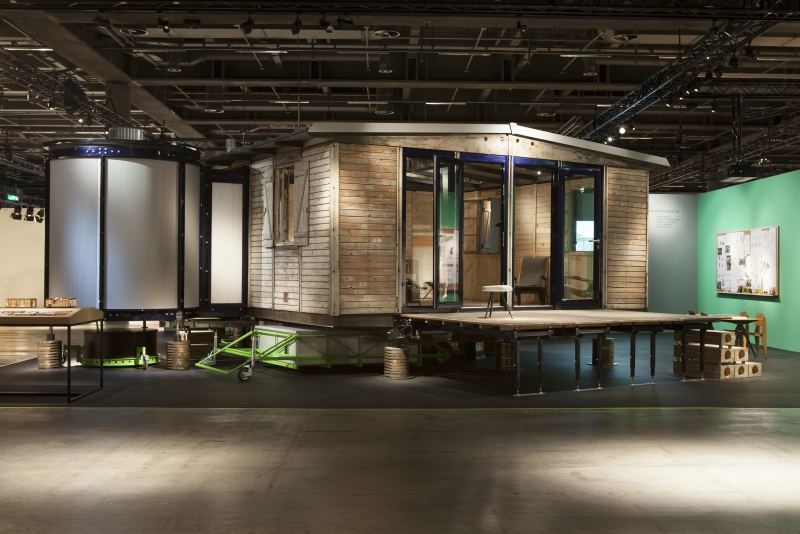 Galerie Patrick Seguin commissioned Rogers Stirk Harbour + Partners (RSHP) to adapt a design for Jean Prouvé’s 6m x 6m demountable house to be showcased at Art Basel 2015 before transferring to an outdoor setting. The RSHP design modernises the demountable house for use as a holiday home.

The house was originally designed by self-taught French architect and designer Jean Prouvé in 1944 to rehouse war victims in Lorraine, France. Built entirely from wood and metal, they were easily transported and quickly assembled. Components were shipped directly to bomb-devastated villages where they could be assembled by two people in a day to provide much needed shelter for the homeless.

Jean Prouvé (1901–1984) was a twentieth-century pioneer in the innovative production of furniture and architecture. In the thirties he produced metal joinery, furniture, architectural components and knockdown buildings, all in small series. The same principles were applied to the making of furniture and to the architecture of the postwar boom. Astute assembly systems for hardwearing structures meant that furniture and buildings alike could be readily dismantled, moved and modified.

The adaption of Prouvé’s house, led by RSHP’s Ivan Harbour, is based on the original plans with the addition of a satellite bathroom and kitchen and a series of service trolleys providing hot water and solar powered electricity. Placing the pods on the outside maintains the flexibility of the original internal layout and the trolleys ensure the house has an independent supply of water and energy so it can be built in any environment.

RSHP’s design replaces six of the original wooden panels to provide a link bridge connection to each pod and an entrance made up of four glazed panels that bring light into the main living space and open onto a new external decking platform. The decking is controlled through a counter balance system so it can be lowered for use as an outdoor space or raised to act as a shutter to protect the glazing against extreme weather conditions. In keeping with the original design, all components can be manually assembled and dismantled on site and different panel locations can be configured to suit specific locations.

RSHP’s design has the potential to become a blueprint for future transportable and demountable refugee housing in keeping with Prouvé’s original vision. 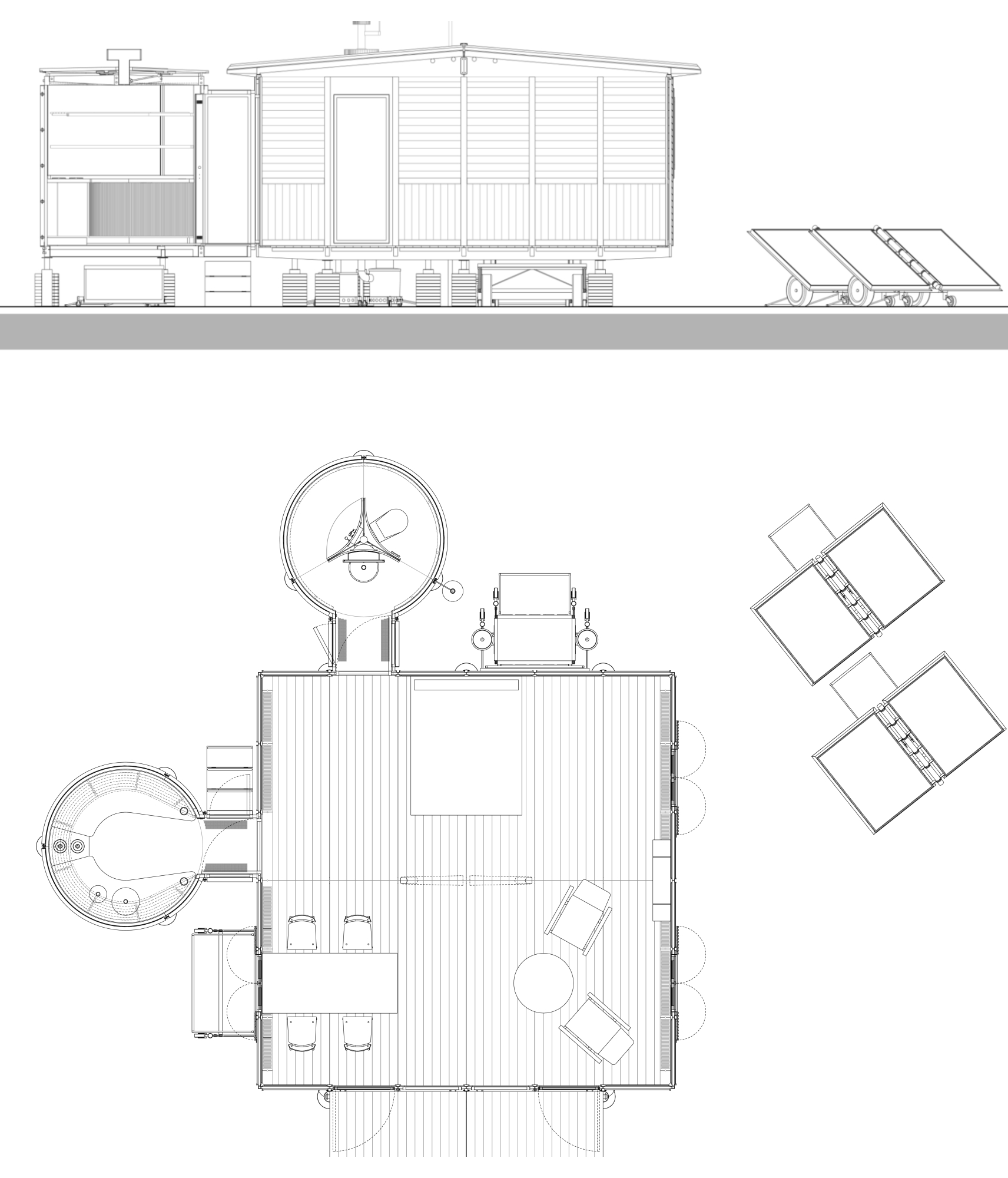 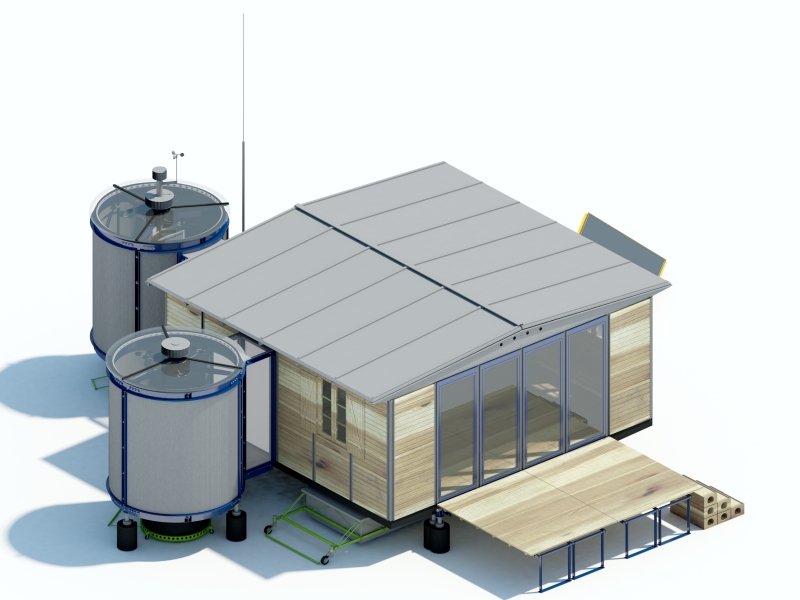 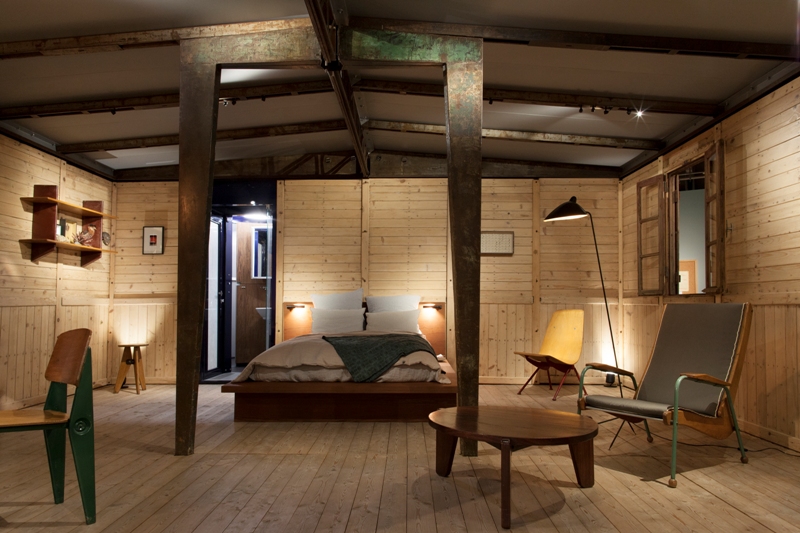 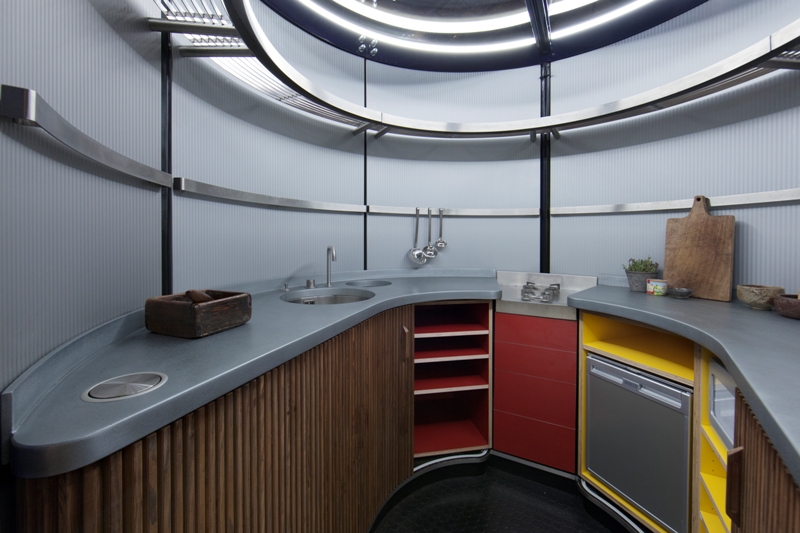 Retrieved from "https://www.designingbuildings.co.uk/wiki/Adaptation_of_Jean_Prouv%C3%A9%E2%80%99s_6m_x_6m_demountable_house_by_RSHP"
Create an article